Steven had voluntarily put himself in the spotlight having put his name forward for the Meat & Poultry modern apprenticeship as, in the words of his human resource manager, Jacqui Graham, this was the company’s “first foray into the world of SVQ for staff”.

To be the “guinea-pig”, working for a business with a proud history of five generations of hands-on, hard graft, style of management and soon to celebrate 150 years since it first opened its doors, is quite a responsibility but one which Steven proved more than capable of shouldering.

With the business having recently expanded its further processing at an additional site, Steven found himself on occasions having to spin many plates at the one time but never once shied away from the all-important knowledge and understanding tasks set and ensuring he was well prepared for the observation visits from his assessor.

His PPE, work place and surrounding area on each visit, regardless of time of day or location which could vary significantly from abattoir to boning hall to order make up and despatch, was straight out the food safety text book - immaculate; indicative of how seriously he took, not only his learning, but also his craft. He seldom, if ever needed prompting, knew exactly what would be expected of him and had clearly primed his colleagues as he always made himself available, on time, on task and on form.

Steven is a hard-working and very capable young man who despite the considerable knowledge built up during his seven years of service has considerable humility. Indeed, if he has a weakness it is only to underestimate what he himself is capable of. I wish Steven every success in his future in the industry and have no hesitation in putting his name forward for Scottish Meat Training’s Level 2 Apprentice of the Year Award for 2018.

Perhaps his nomination will go some way to strengthen his own estimation of his capabilities! 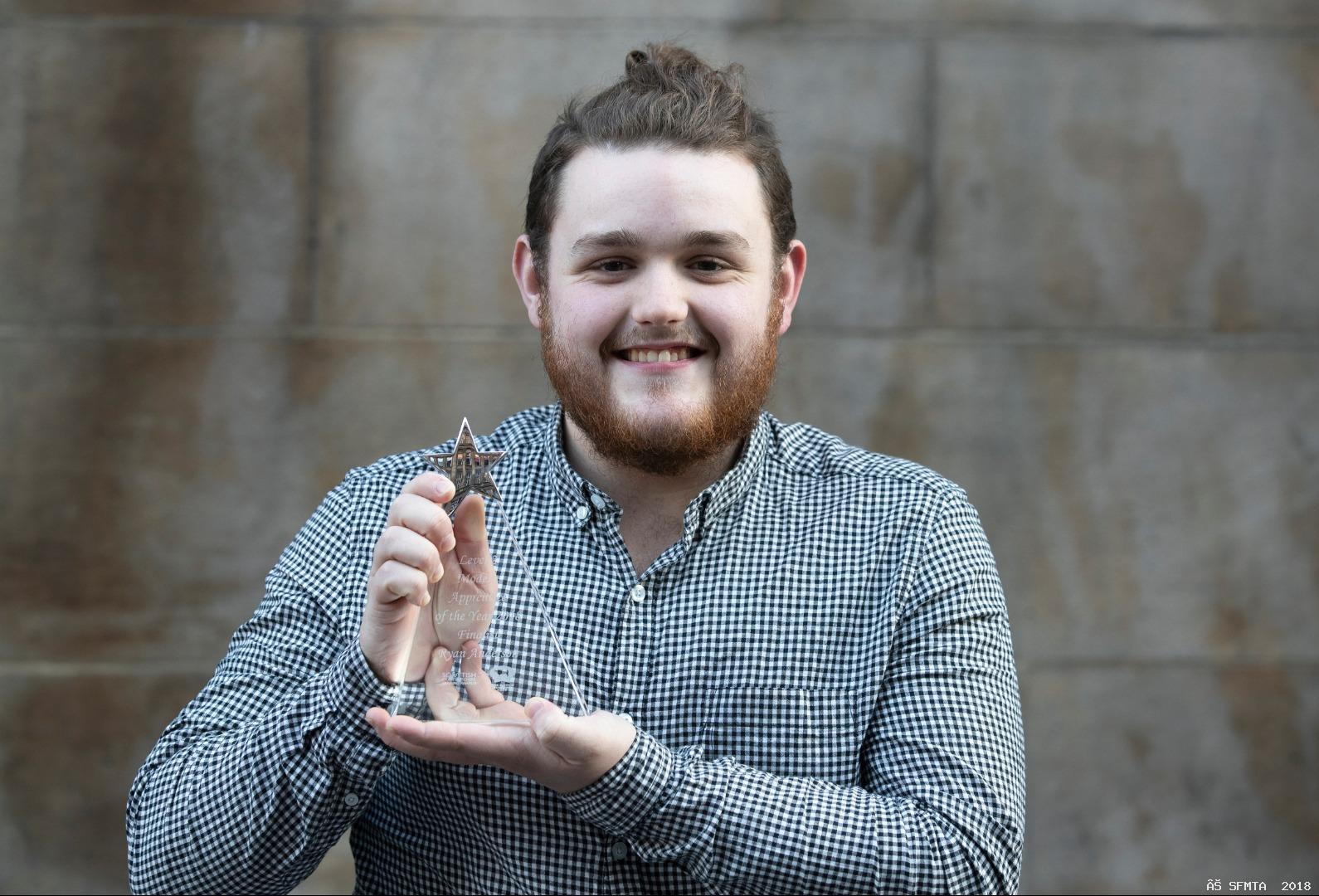 Ryan from C&C Meat at Blochairn has worked very hard to earn his Level 2 Modern Apprentice qualification. Ryan was a young man who found going to work in a busy butchers business a bit daunting at first but soon gained confidence.

When Charles Wright, the owner of C&C Meats was looking for an apprentice he offered Ryan the chance to work towards his qualification while being employed with them. Ryan grabbed the opportunity with both hands and has worked tirelessly to achieve his goal.

Ryan has demonstrated that he has high customer service skills and Ryan also provided evidence towards the core skills aspects of his modern apprentice qualification to complete the course.

About half way through his course a devastating fire at the fruit market next door to C&C Meats meant that normal trading, as Ryan knew, it had to change due to access difficulties. Ryan took this in his stride and rose to the challenge.

Ryan always approached his assessments with a smile and a happy demeanour. Ryan has reached several milestones on his journey through his apprenticeship not least of which is that he won the Glasgow City Apprentice of the Year Award in November 2017 attending a Gala Dinner with all his colleagues to receive his recognition.

Ryan will now commence his Level 3 qualification and I anticipate that Ryan will approach this with the same enthusiasm and witty outlook on life that has characterised him. Good luck Ryan! 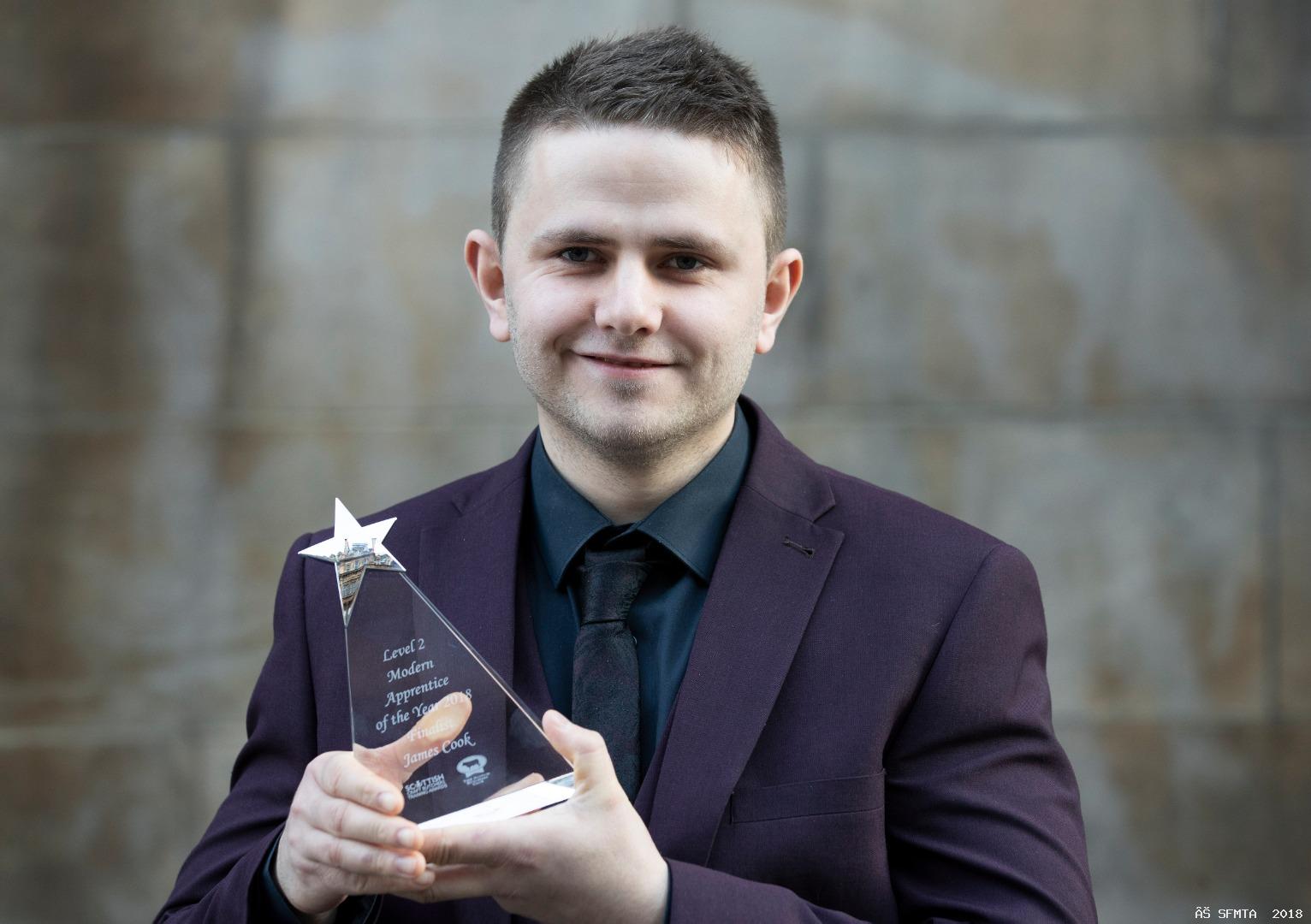 James should be nominated for level 2 Modern Apprentice of the year because in the short space of time James has been undergoing his MA qualification his attitude towards it and the industry has been phenomenal.

James has come from retail background and was initially taken on to help grow the retail side of the business, however James soon took a keen interest into the butchery side of thing.

James provided sufficient evidence on his first visit to achieve his first unit on serving customers which came of no shock but then stated that he would like to sit his elementary food hygiene exam. After a discussion with James and his employer and James stating that he had already read and studied his hygiene booklet, we decided to give him the chance. James passed with an extremely high pass mark on his first assessment visit!

James then went on to have all of his knowledge and understanding questions completed by the second visit and was getting stuck into get himself ready for his up and coming assessments.
James’s employer Ian Bryan has stated on several occasions on James positive mental attitude and commitment to both qualification and the business.

As an assessor I can strongly say that James is an exemplary candidate and I look forward to seeing him grow within the Meat Industry. 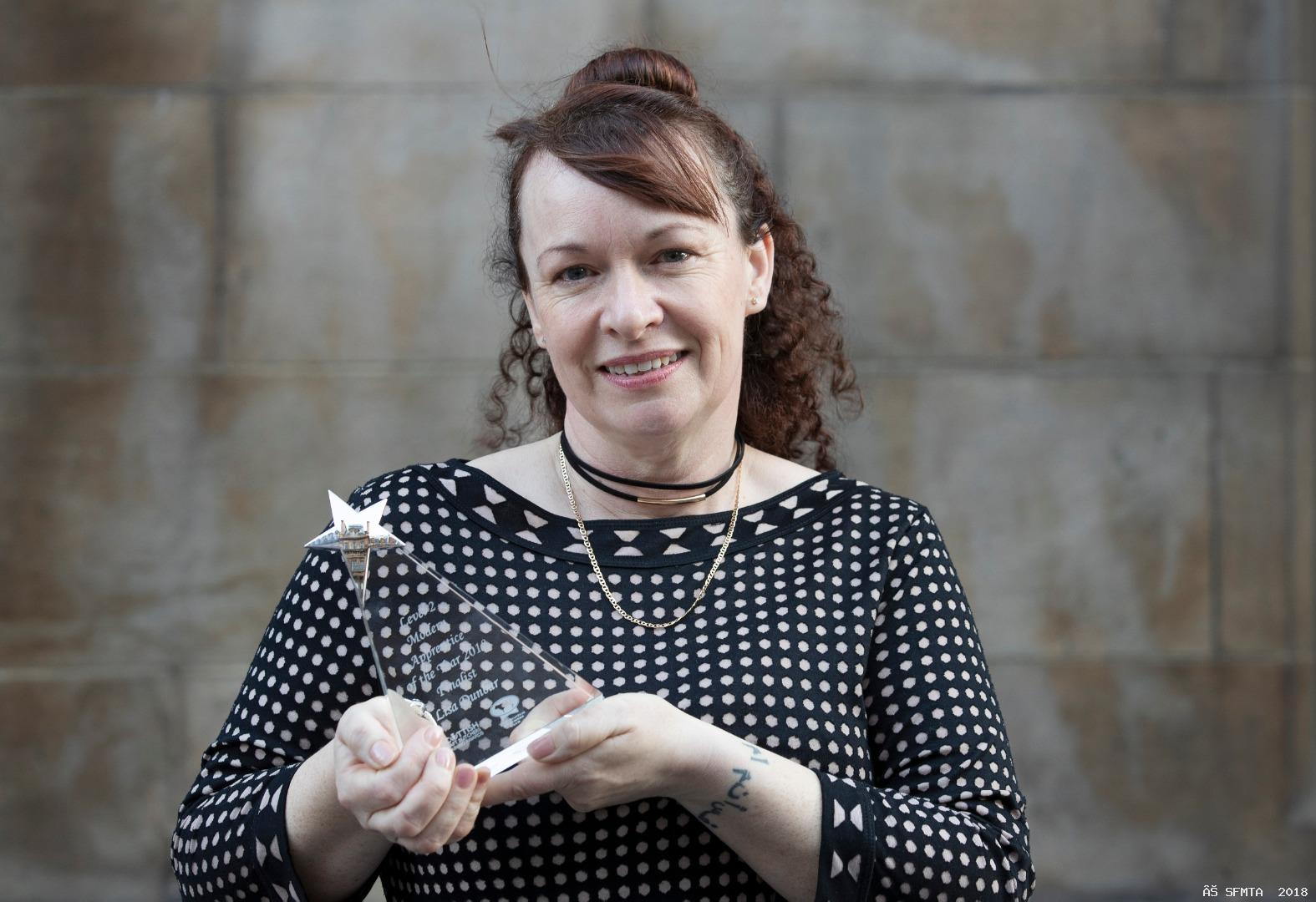 Lisa has come a long way in her career in the meat industry. She previously worked at Dunbia meat plant in Elgin, initially as part of the cleaning team. It was soon recognised that this role was not making the most of Lisa’s talents and she was then employed as a stock controller. This then led to her being promoted to QC trainee technical manager. This did not phase her and she quickly adapted to her new role.

After joining Davidson’s Specialist Butchers in Elgin as a counter assistant, she started on her Level 2 qualification which she completed in a very short space of time, to a very high standard. This was down to her experience, organisational skills and logical approach to all aspects of the qualification.

Lisa has now started on her Level 3 qualification and is making very good progress. She has already identified improvements and efficiencies to the business.

Lisa is very versatile and can turn her hand to any job required in the business. She is hard-working and enthusiastic and is a very good role model for all staff members. She never stands still and is always looking for improvements in all aspects of her role. She is always positive and encouraging to others. She goes about her work with a smile of her face and has a welcoming smile to any customer entering the business.

She would be a worthy winner of this award. Good luck Lisa!