2018 Training Mentor of the Year

I would like to nominate Derek as I believe he has taken time to teach and pass his skills onto me. Not only doing that with patience - but doing it with a really bad back injury. This is something I respect Derek for as he has gone above and beyond what he has to do for me. He has explained a lot of the butchering in a way that hopefully no-one else has been taught.

I feel working with Derek has been one of the best things to happen to me as there are not many like him. He will deliberately go out of his way to order more raw meat so I’m constantly boning out so when the time comes to do my assessment for my Level 2 qualification I am confident I will pass with flying colours.

As I explained, Derek has a really bad back and struggles to even get out of bed some mornings. So that alone tells a story about him. Derek has told me numerous times he is close to retiring but wants to pass his skills onto me before leaving to go into retirement.

This tells me he has trust in me and believes I can be just as good a butcher as him and I honestly wouldn’t want anyone else to be training me up.

Derek Pollock is manager of G Buchanan butchers in Hamilton. The company have, only recently, enrolled several of their staff on Modern Apprenticeships and Derek is new to the experience of dealing with the Assessor visits and developing the apprentices to the standards in the SVQ system.

Derek has approached this with great enthusiasm and diligence. He has always tried to be a step ahead by engaging with me on how to develop his apprentices, not only to maintain progress in their qualifications, but also to maximise their potential to the business. Derek fully appreciates that each apprentice is not just an extra pair of hands but an individual to be encouraged and developed.

It was no surprise to me that Derek was nominated by his colleague as this reflects the obvious rapport and mutual respect that is prevalent in their business. Well done Derek! 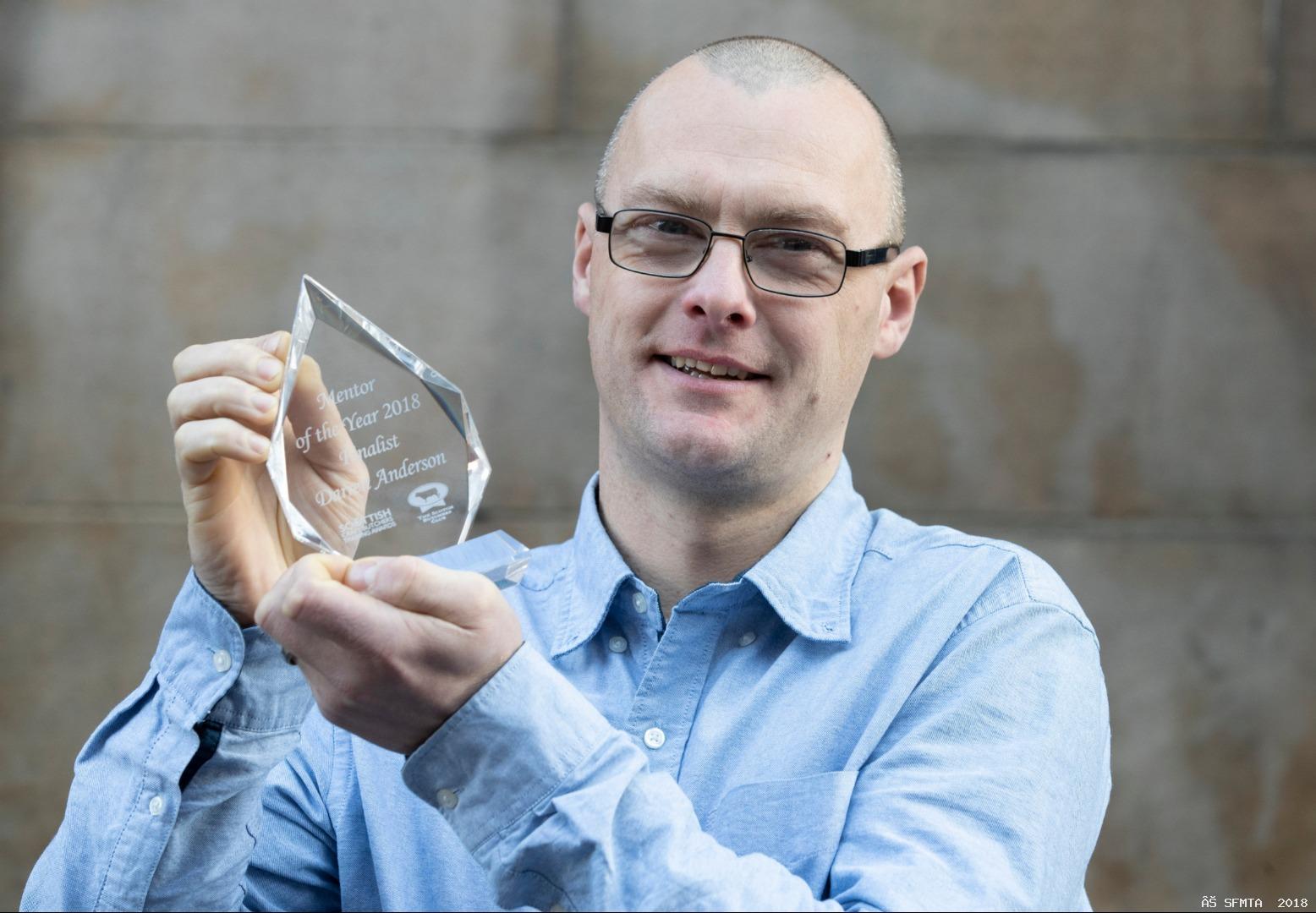 I have only been working in the butchery trade for five months now and I feel I have progressed so much.

Darren has patiently helped me through it all by showing me different ways and techniques for cutting. I started by making sausages and I can now bone out a foreleg of beef. Darren continually challenges me and pushes me to try and do my best.

He is a great laugh sometimes and really good at communicating. This is why I nominate him.

Darren is always very positive in relation to the progress that Jordan is making in the business. He appreciates the effort that Jordan puts in and in return puts 100% effort back into guiding and advising him.

This has then turned into a “chicken and egg” scenario and a very positive working relationship has grown from this.

I have never once seen or heard Darren being negative in his attitude to Jordan. He seems to appreciate that, being young and relatively inexperienced, Jordan will inevitably make his mistakes as he learns.

However, Darren gives him good feedback and plenty of encouragement and this gives Jordan the enthusiasm to get stuck in and continue to improve.

There is always a lot of “banter” in the shop and I think this is a sign of a very good working relationship between them.