Scott is a worthy winner of Level 3 Modern Apprentice of the Year as he not only produced fantastic work for his qualification but helped others progress towards achieving their qualification within the business.

Scott had just started working at Scott Brothers on Strathmartine Road when whilst being inducted onto his MA and had previously come from a small village shop.

Scott adapted to the fast pace and busy environment that he had suddenly found himself in and soon got promoted to shop manager at their Nethergate store.

Scott managed to juggle both his new role and qualification as well as helping trainees undergo their own Level 2 qualifications.

Scott is a very driven and passionate individual and is forever coming up with new ideas to boost the business.

Scott soon developed a clever technique of killing two birds with one stone by incorporating his marketing strategies and various other tasks into his Level 3 qualification.

Recently Scott took part in a foreign exchange trip to France in hope to find new ideas and ways of working that he can bring back and implement into the business.
It was been a great pleasure working with Scott and watching him grow.
I’m sure he will do extremely well within the meat industry. Good luck Scott! 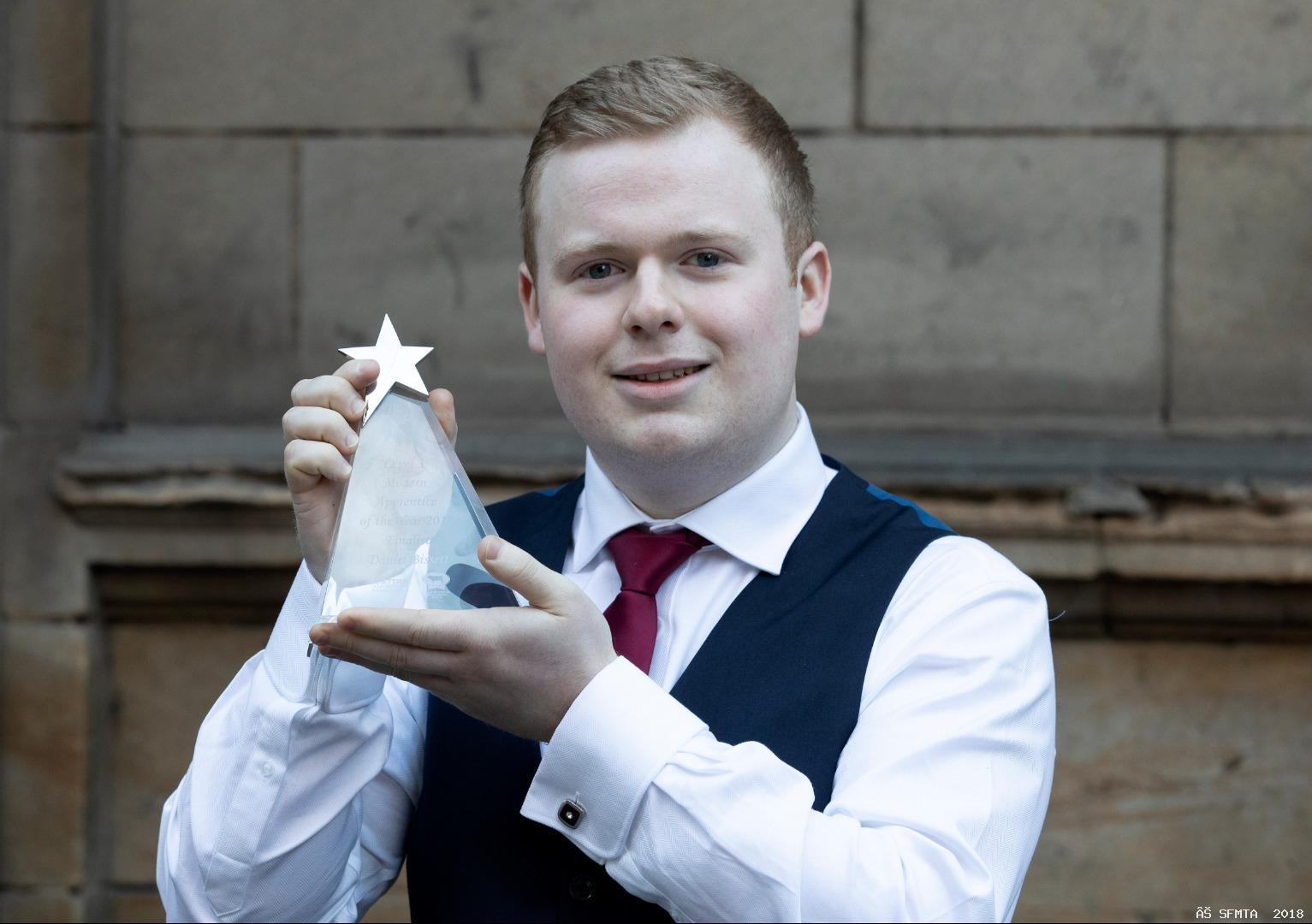 Daniel made fast work through his Level 2 qualification and then proceeded to hone his skills and build experience before progressing to Level 3. He initially worked in the Muir of Ord shop, being left in charge when the shop manager had a day off and this boosted his confidence hugely.

During his Level 3 qualification he worked closely with shop managers Mark Shand and Gary Hexley, suggesting improvements and efficiencies that could be implemented throughout the business.

He worked on developing customer service policies and improvements to the shops display counter, recognising that customers “buy with their eyes”.

Daniel has now become a part-time manager in the Muir of Ord shop and has been instrumental in the training of some of the younger apprentices coming through the business.
He has worked hard on progressing and improving his knife skills and this has led to him achieving the Federation Diploma earlier this year which is the elite award recognised as formal and comprehensive evidence of quality training and achievement in the meat industry..
Daniel is hard-working and enthusiastic and always has time for a bit of chat with the customers as they come into the shop.

He is friendly, smiley and cheery and I think he would be a worthy winner of this award.
Good luck Daniel! 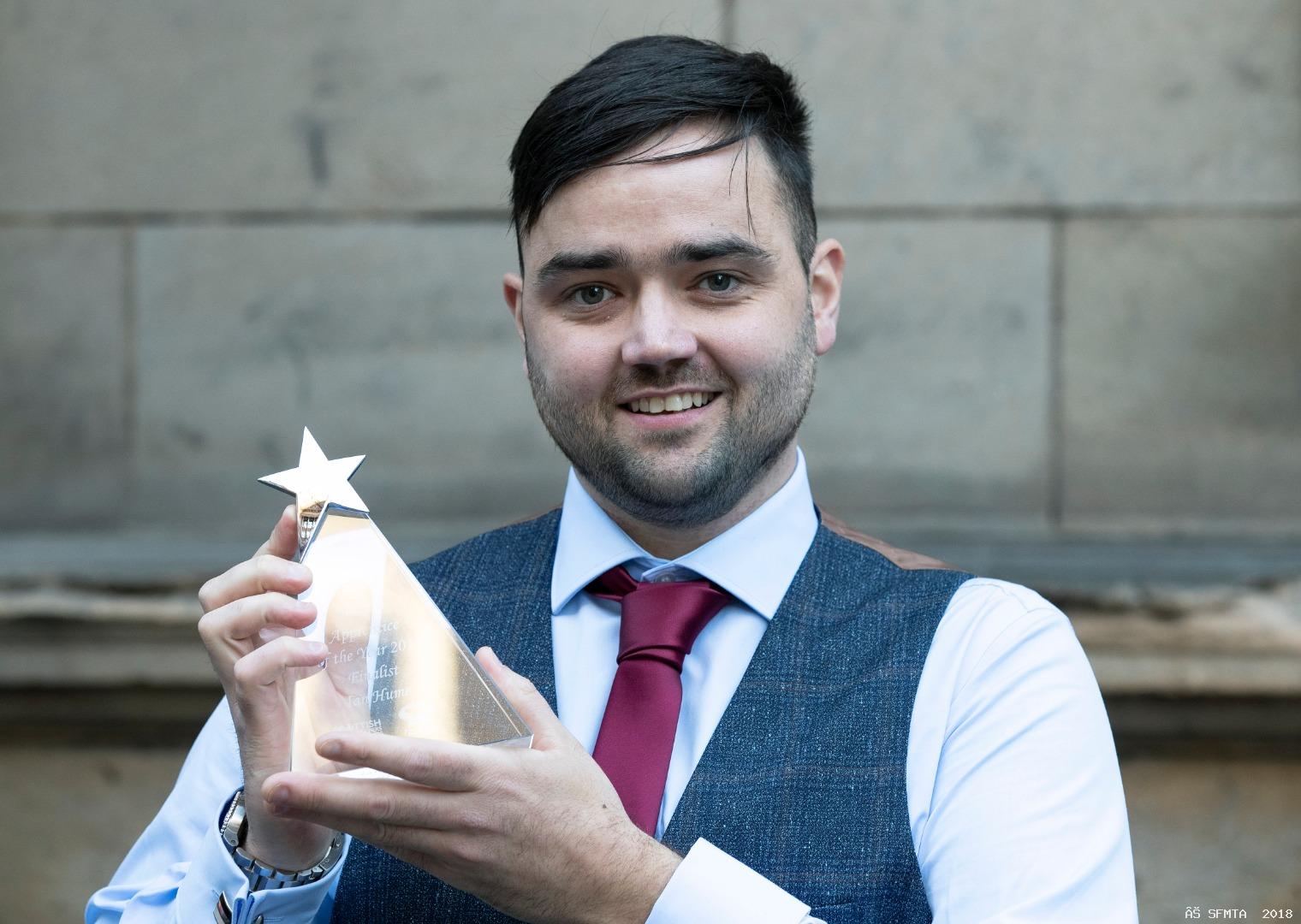 Ian has had a steep learning curve in his journey towards his Level 3 qualification and has taken it all in his stride. He displayed excellent knife skills while working towards his Level 2 at J Aitken butchers in Alloa.

Ian then had a couple of years working in the industry before moving to D Bennett & Son in Dunblane where he was given the opportunity to work towards his Level 3 qualification.

Despite being a little unsure of whether he could provide the evidence required it turned out that Ian took to it like a "duck to water" producing very high quality evidence.

Ian engaged with me over the course of his qualification submitting evidence for review, often within hours of his last visit and asking "is this what you need?``. He was also very good at asking his assessor if he had received his evidence if he didn`t get a swift reply Ian would then apologise for this as he felt he was being pushy! I informed Ian more than once that he had nothing to apologise for that he was only taking responsibility for his own development and this is the very essence of the a Level 3 qualification.

Ian completed his qualification in swift time and has shown a maturity and dedication which make him a valuable asset to his employer and a great ambassador for our industry. He carried out risk assessments and training assessments and confidently fed back areas for improvement to the relevant people.

Ian excelled in his evidence for improving customer service and developed standard operating procedures for weigh, wrap and label products in the shop. Ian has displayed excellent communication skills and has worked closely with his colleagues to build a productive working environment. Ian has grown from strength to strength on his journey through Level 3.