The World Record attempt held at Taste of Grampian on Saturday 4th June 2016 had to beat the current record of 44. David Patterson from Yorke's in Dundee fell one short of equalling the record but Steven Cusack smashed the record with a total of 54 linked sausages all a minimum of 4 inches in length. 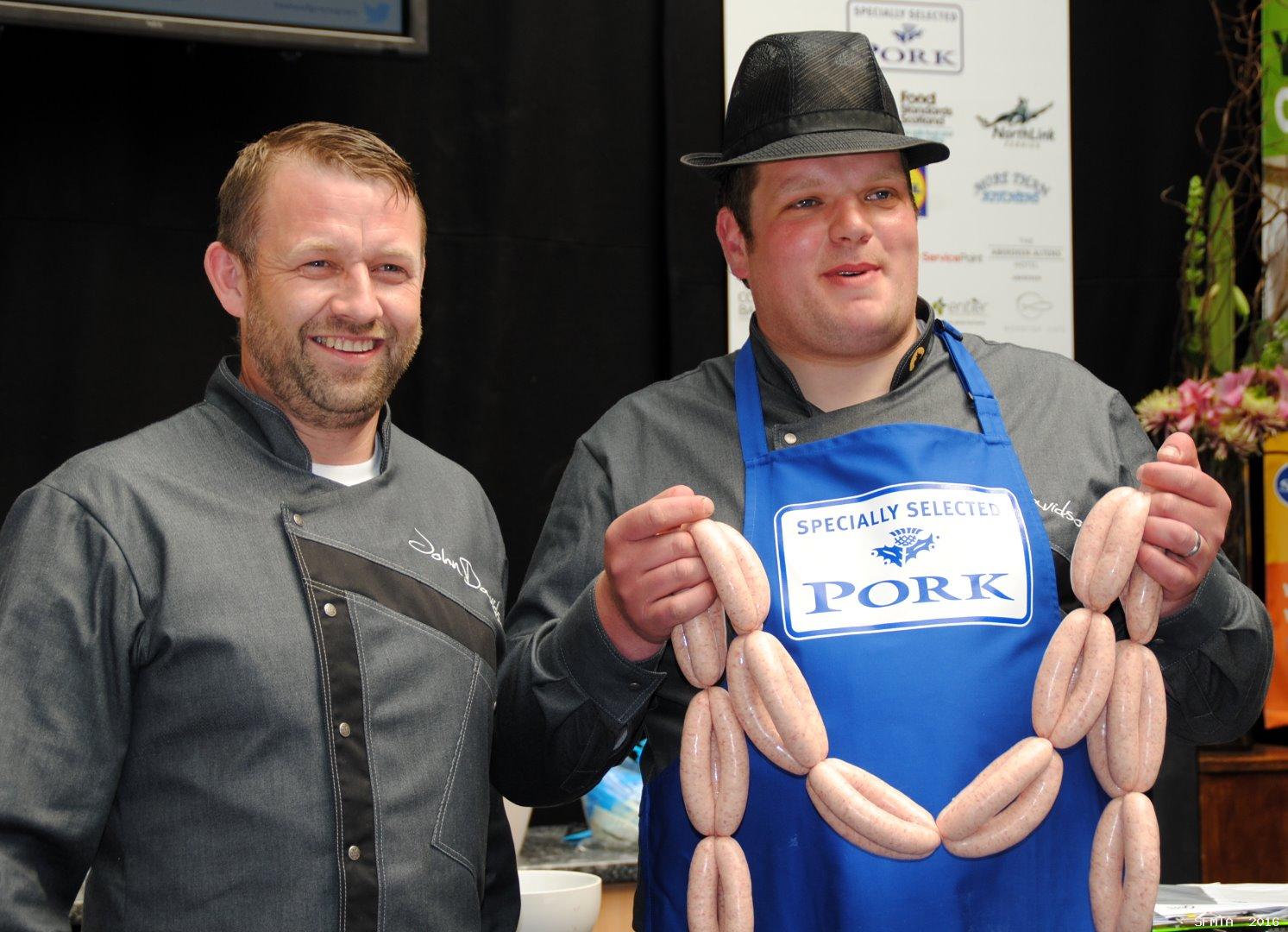 A large crowd of supporters witnessed the sausage spectacular arranged by Quality Meat Scotland, and cheered on the two Scotch Butchers Club members as they expertly worked with the quality assured Specially Selected Pork sausages, casing and linking as many as they could in one minute.

And to add to the fun auctioneer Colin Slessor, one of the stars of the very popular BBC series “The Mart”, joined the butchers and made his own attempt at the record, after a very short intensive coaching session with George Sinclair of Quality Meat Scotland's Scotch Butchers Club. 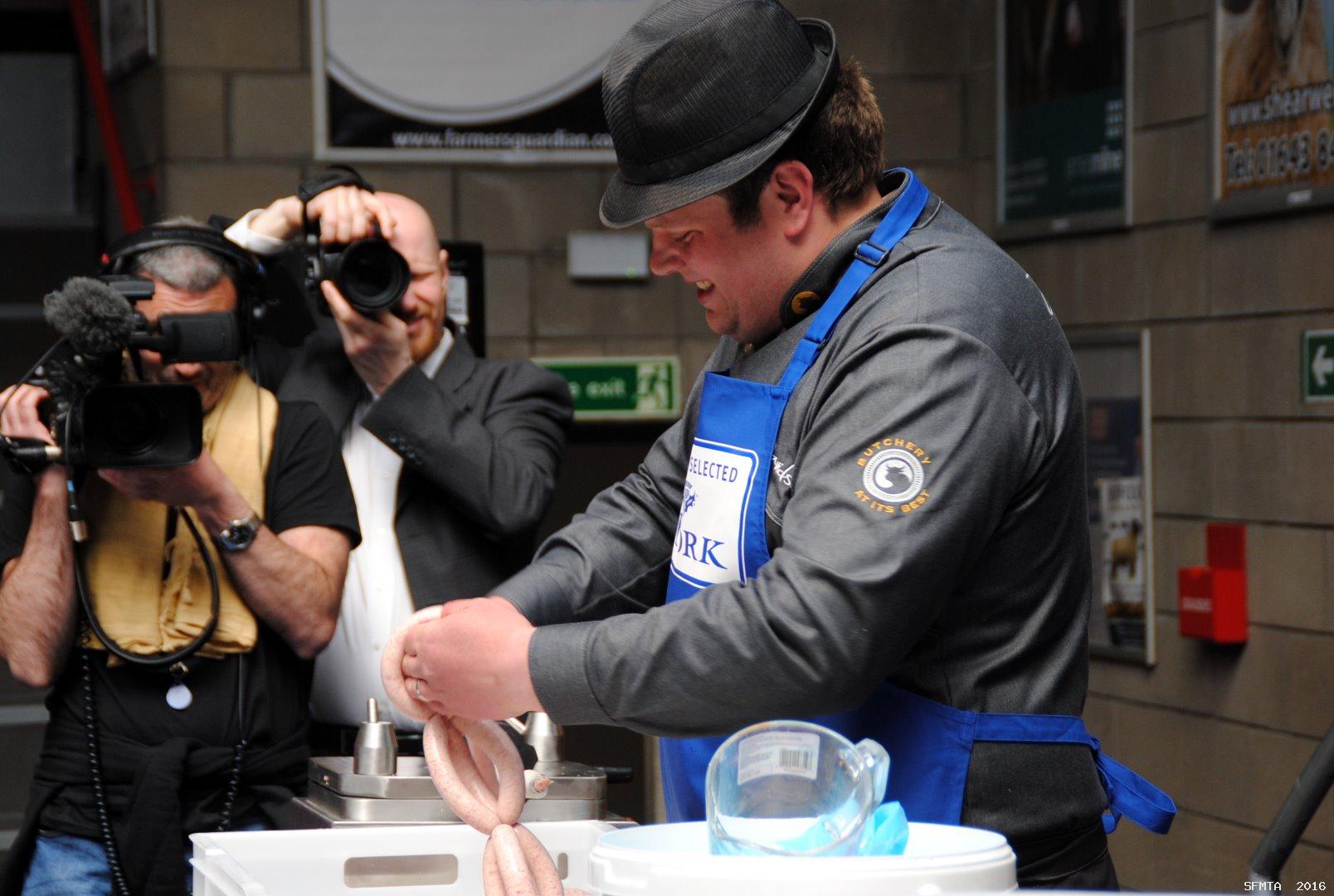 The auctioneer apprentice butcher provided a highly entertaining attempt at sausage-making and managed a very laudable seven sausages during his 60 seconds, though there was some debate at whether the sausages would have fully met Guinness standards!

To meet Guinness standards a team of officials acted as witnesses to the attempt including Stuart Donaldson MP, surveyor Rod Andean from Aberdeen and Northern Marts, two timekeepers from the world of sport and two independent butchers including Douglas Scott, Chief Executive of the Scottish Federation of Meat Traders Association. 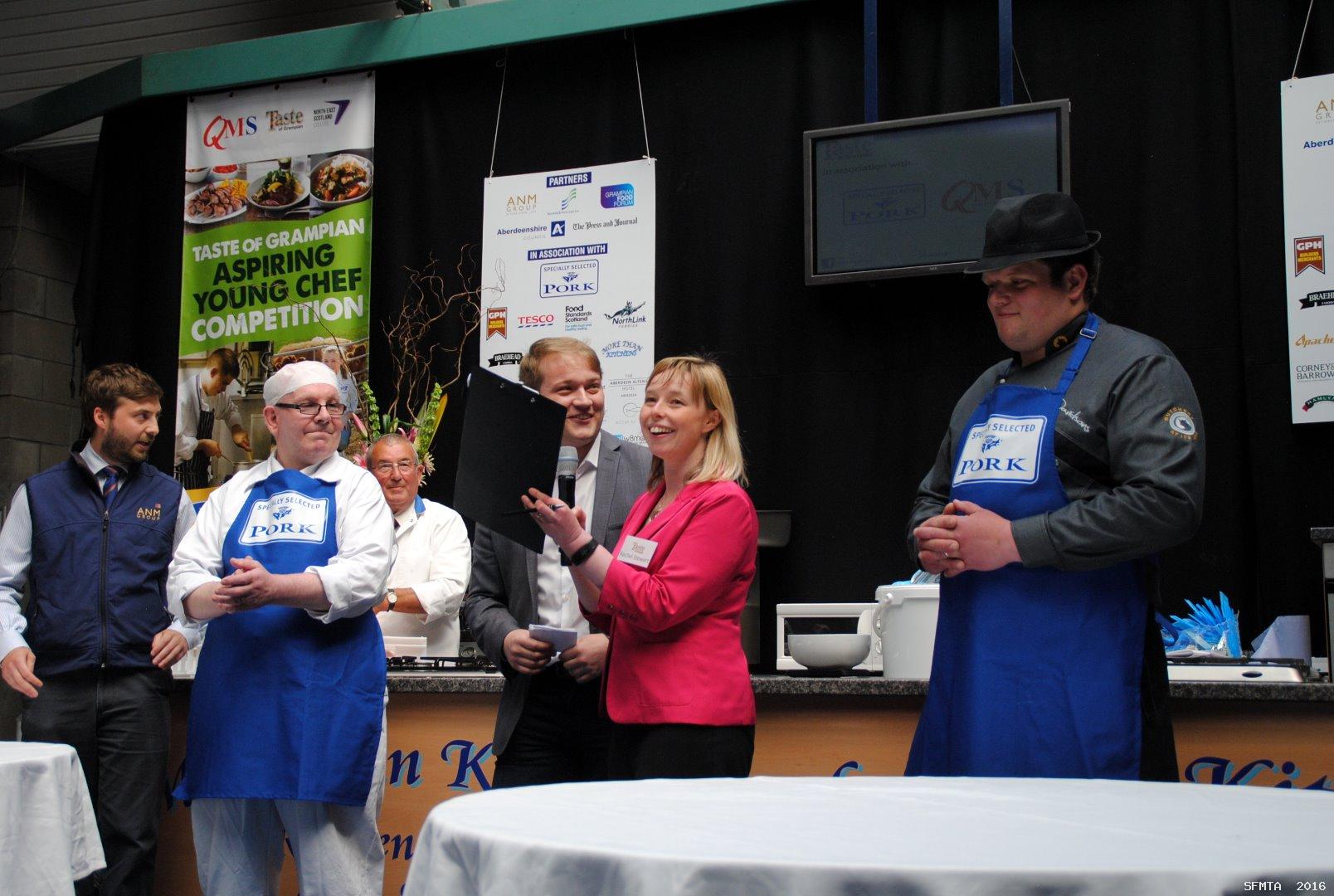 Carol McLaren of Quality Meat Scotland congratulated both butchers for being great sports and demonstrating their skills in a very challenging environment.

“The butchers had been training hard in their own premises but we were asking them to perform with equipment they were unfamiliar with in front of 100s of spectators so it was a very challenging environment," said Ms McLaren.

"While we were keen to have some fun with the record attempt and showcase the Specially Selected Pork brand, the main objective was to remind people of the traditional skills and innovation to be found in our butchers' shops around the country." 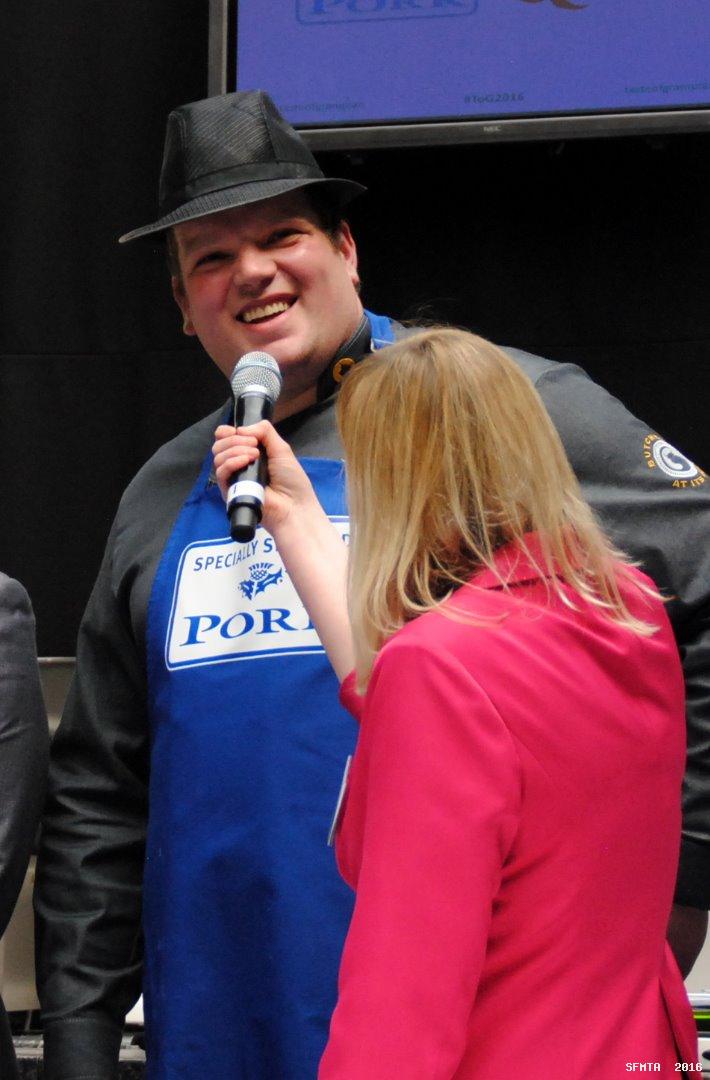