Jurgen has completed both Level 2 and Level 3 Modern Apprenticeships through Scottish Meat Training.

Jurgen was nominated by his assessor, John Farquhar who was present to witness this very proud moment for Scotland's Food and Drink sector. 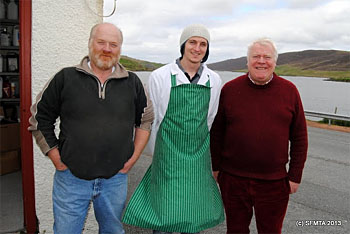