At the invitation of Garrett Landers, team manager for the All Ireland team at the 2018 World Butchers Challenge, Jamie Syme from Alex Mitchell Butchers in Glenrothes and Daniel Earl from Kilnford Farm Shop, Dumfries put on meat displays at a special event. 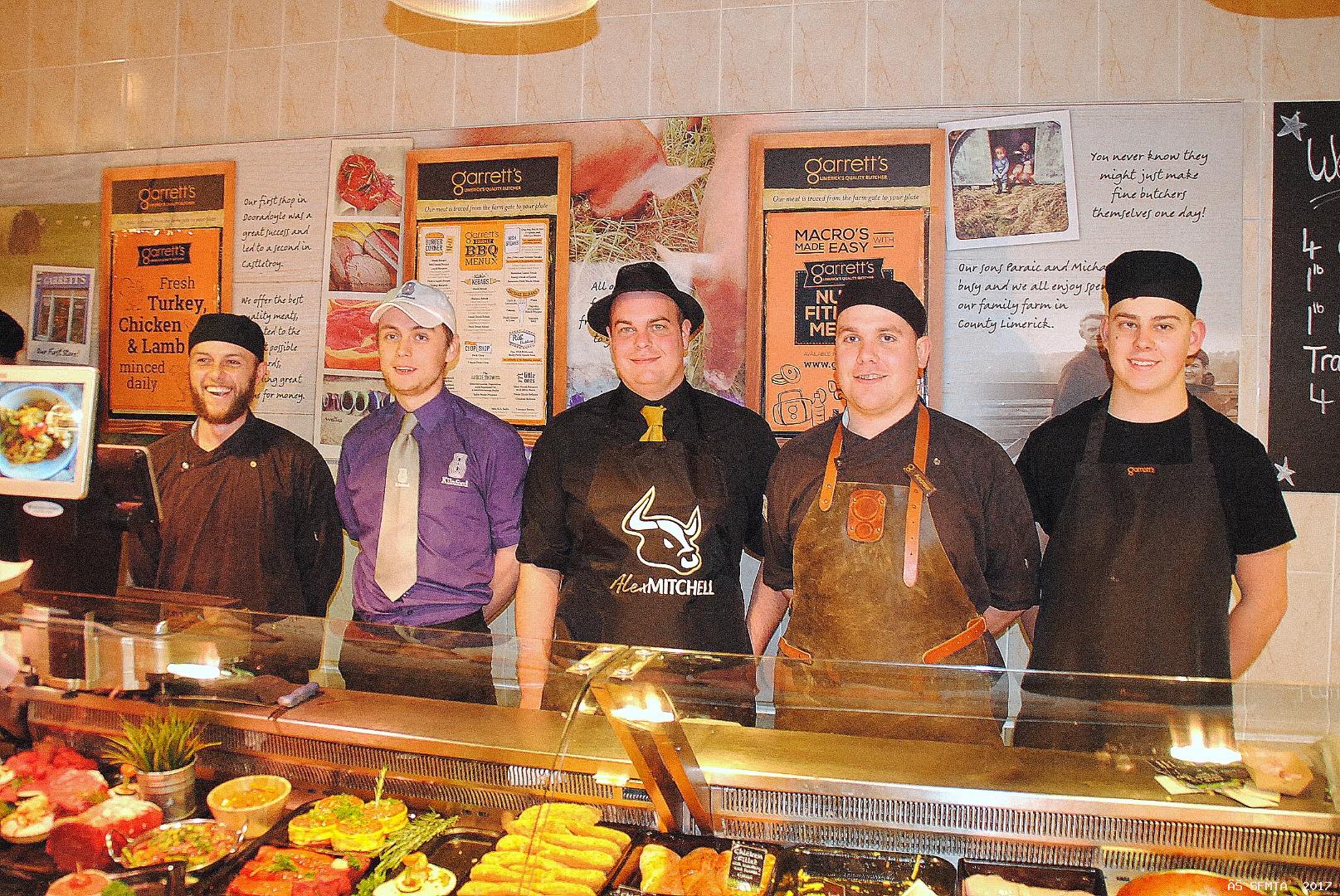 Jamie won the Meat Skills Scotland competition in May this year and Daniel came runner up in the Under 22 category at the same event. Both young butchers worked with Garrett’s staff to mount a special display at a busy open evening in Castletroy.

Although there is not a lot of difference between Irish and Scottish meat products, the presentation and style are distinct. Experience was gained and knowledge exchanged by both the visiting butchers and the Irish.

“Our two team members were excellent representatives and they should be proud of their work. The event took place in front of a very interested public audience and the products created by Jamie and Daniel produced much interest.

“Meat skills are an important point of difference used in both the Republic of Ireland and Scotland to underline the advantages of sourcing meat and meat products from craft butchers shops. We will now look forward to the Irish coming over to Scotland.”

The Urban Food Fest celebrates Limerick`s legendary pork butchers, the rise and fall of their bacon processing factories and the food heritage that has evolved in today`s marketplace.

In addition to the meat skills event others included The Pigtown Smoke BBQ, A Pig`s Tale - exhibition, a Neighbourhood Pig-Nic celebrating all local foods and Pig in the City with a pig parade through the streets.