In this position he demonstrated that in addition to being a master butcher he was also a master of words.

From the age of 8 the young Ernie took great pride in his striped butchers` apron. He demonstrated great loyalty and devotion to the meat trade. He was awarded a British Empire Medal and Queens Jubilee Medal - honours he rarely ever spoke of.

Outside work Ernie Black was organist and choirmaster at Lochee Old Kirk for over 30 years. He served as treasurer of Dundee Choral Union and was described as a dapper gentleman. prudent and courteous - one of the old school that is sadly diminishing fast.

The last years of Ernie`s life were not at all easy. His daughters Sandra and Eileen and son Derek will no doubt feel that they lost their dad a number of years ago because of the cruelty of altzheimers but can be sure that Ernie hugely enriched the lives of everyone who crossed paths with him as a huge influence on them all.

President during Ernie’s tenure as a Secretary in Perth, Andy Murray recalled often quoting one of his mother`’ favourite sayings to him:

“Look” Andy told Ernest, my mother has an old saying “a brick at a time not a wall”. Ernie was always keen to drive matters forward and both he and Andy found many occasions to repeat that phrase.

Andy also remembers how the SFMTA Secretary never thought twice about putting sayings into letters to Government departments. “He probably shouldn’t have approached Government that way but the letters and his Federation Newsletters were warmly received by all.”

“He was a will of the wisp, he was just nice to everyone in such a way that everyone loved him dearly. Wonderful man with a wonderful nature.” Andy continued concluding that everyone had great admiration for him.

In January 2004 at the funeral in Dundee the minister ended with the words of Robert Louis Stevenson:-

That man is successful who has lived well, laughed often, and loved much, who has gained the respect of the intelligent men and the love of children. who has filled his niche and accomplished his task. who leaves the world better than he found it 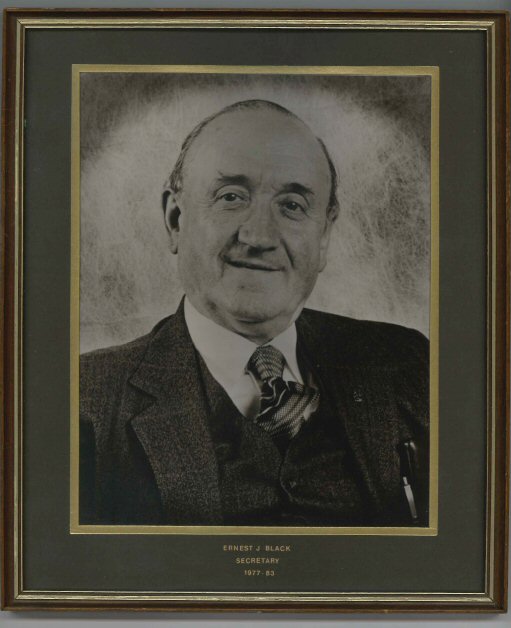