One of the strongest supporters of the Modern Apprenticeship programme is Dingwall based company John M Munro. One of their modern apprentices, Daniel Bissett who started at his local butchers in Muir of Ord straight from Dingwall Academy told his own story:- "I came here straight from school, three weeks after I turned sixteen on 3rd December. It wasn't the plan leading up to leaving school but the job came about and I am still here two years later. 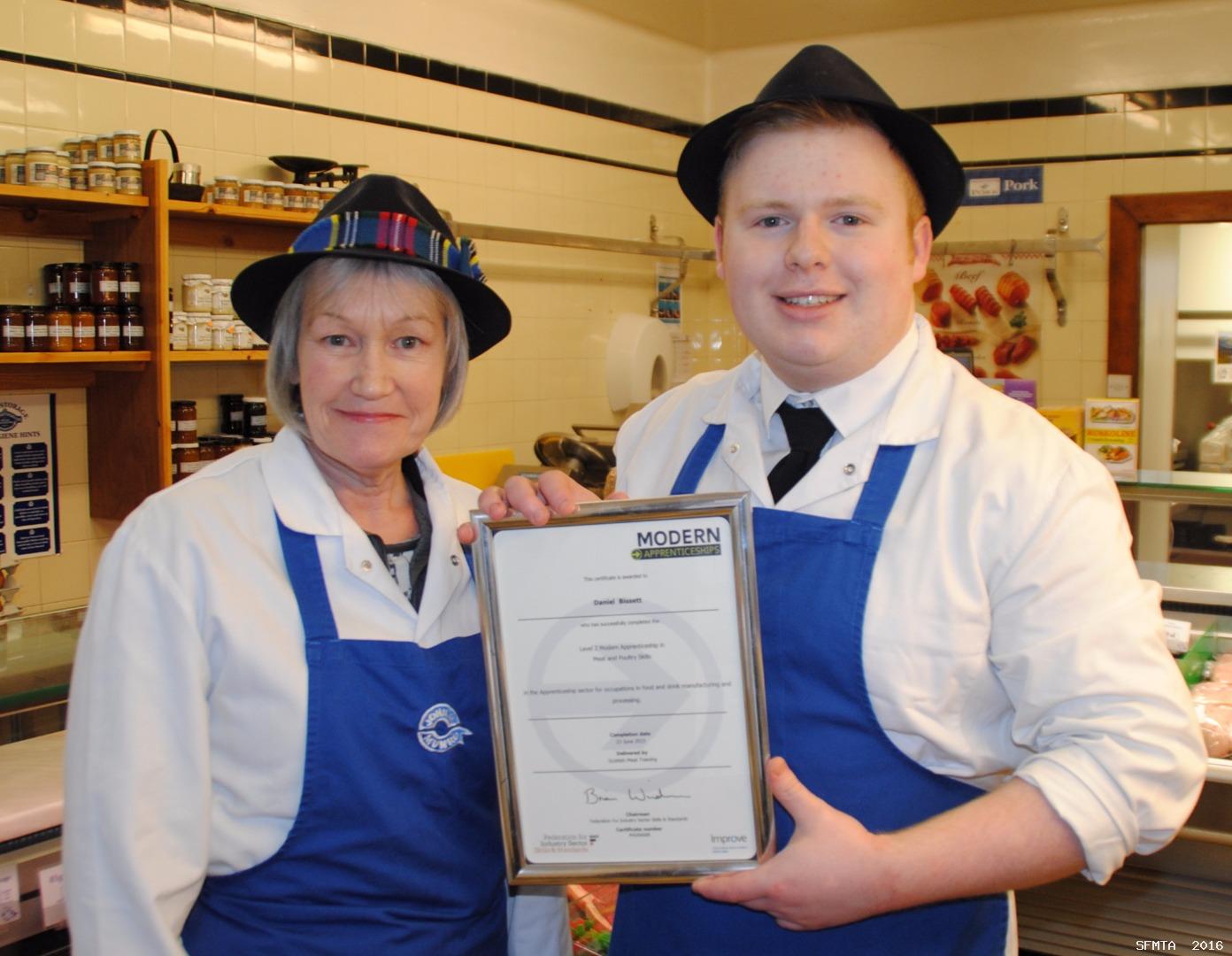 "I picked up the skills from having both Gary Hexley and Mark Shand teaching me. They are legends and both been with Munros for over 15 years. I prefer boning out to the manufacturing and I have been serving customers after just a few weeks of being here.

"Everyone knows everyone else in Muir of Ord, you get all the goss' in the village, it is part of the job. We get a fair number of regulars who live near by."

Daniel's qualification was delivered by Scottish Meat Training and he was appreciative of his on the job assessor John Farquhar:-

"Farquhar was sound, he was showing me stuff that I was struggling with. The first few times he came it was nerves that were getting to me. Now it doesn't bother me." 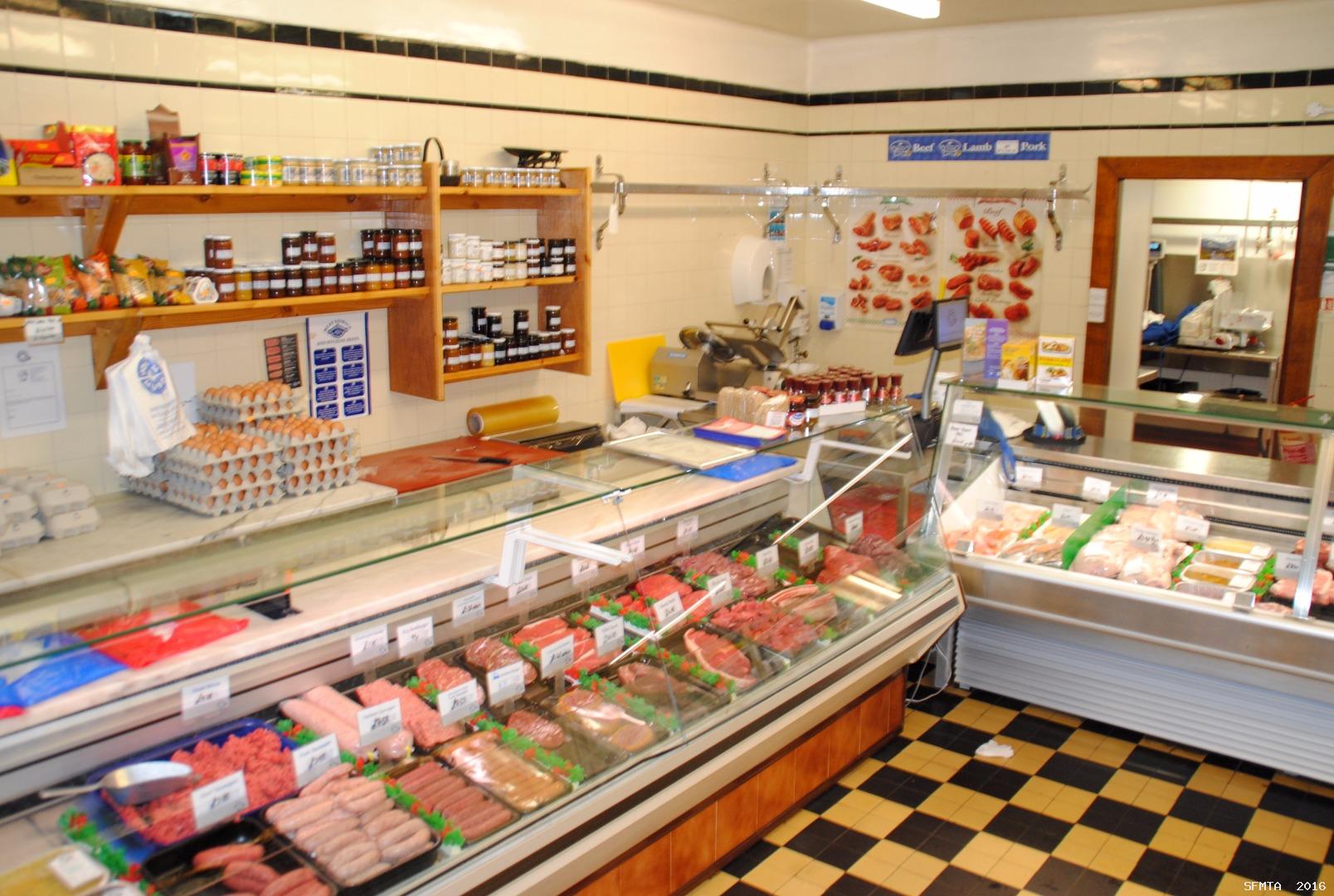 Daniel (18) is now working on the Scottish Federation Craft Certificate and hopes to progress within John M Munro. His boss Charlie Munro is delighted that his staff receive encouragement and qualifications through Scottish Meat Training, he said:-

"The trade needs new blood, it needs a fresh and youthful approach to the trade but at the same time it is good to be able to start the apprentices in our direction so that we are building a body of staff that will stand is in good stead for the next 20 years and longer.

"In some ways it is good to have staff who come round to our way of thinking but equally we are looking for people who can think on their own two feet and look for opportunities and take advantage of them.

"We always like to see an apprentice who has come through their training with us, done a few years with us and then go off and do something on their own. These are the ones who do best and the ones where we know that we have had a success and great to see them keeping the independent trade going." 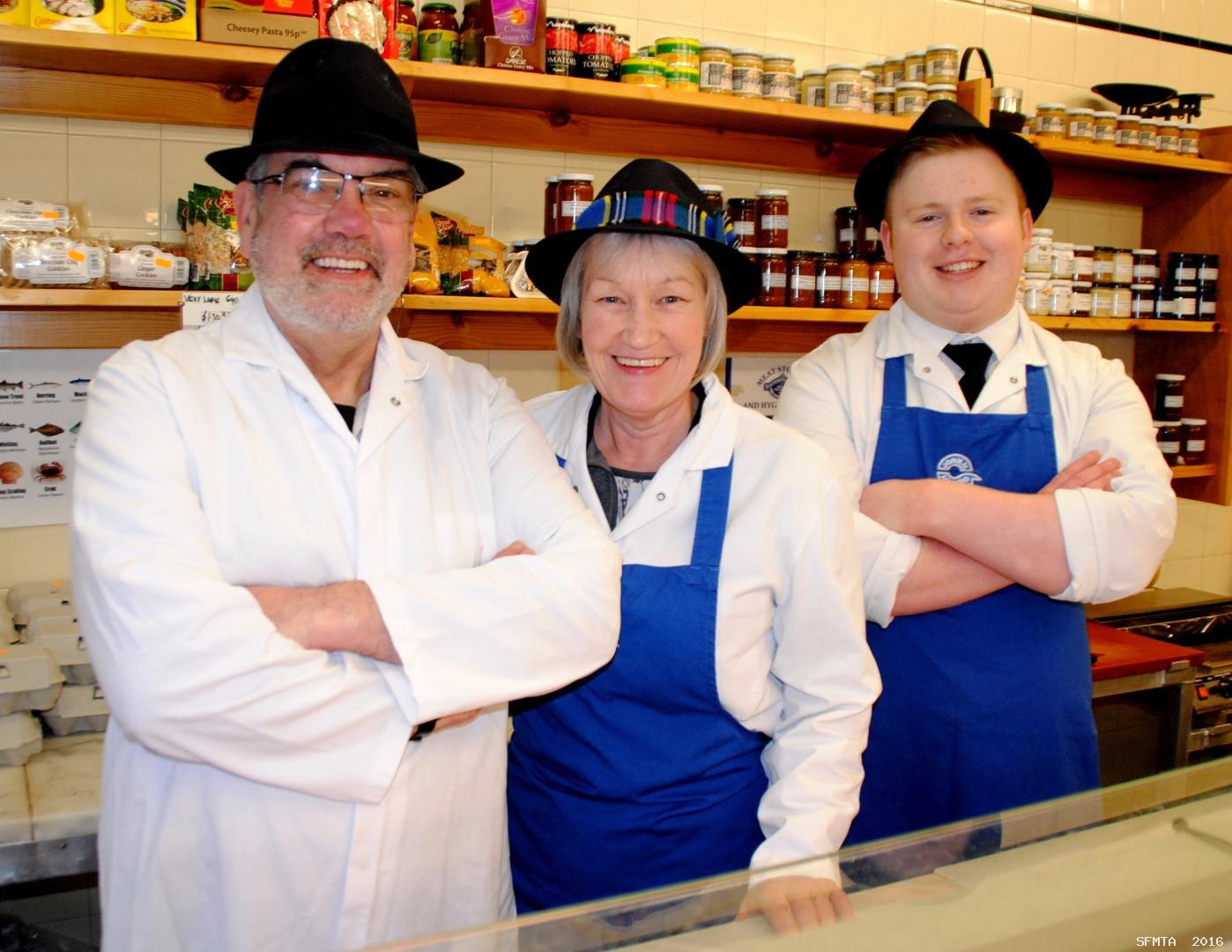 Charlie claims the Modern Apprenticeship pathway suits his business perfectly because it gives the learning process a structure. He stressed that it was important that trainees could do it at their own pace:-

"It is nice to have a bit of momentum behind them but there is never any race to the finish. They can go through the programme in their own good time. If they want to stop at a particular level and consolidate their skills then the scheme gives them the opportunity to do that while at the same time giving them a very real target to aim at."