The Regional champions in this year's Beef Sausage and Black Pudding championships were mystery shopped on Thursday 28th April and tested against the champions purchased over the counter in the five regions of Scotland.

The sausages were from Annan, Dingwall, East Linton, Rothesay and Falkirk. The black puddings were from Largs, Leven, Wemyss Bay, Hawick and Dingwall. Judging the final in her Aberdour studio kitchen, was led by Wendy Barrie of the Scottish Food Guide. 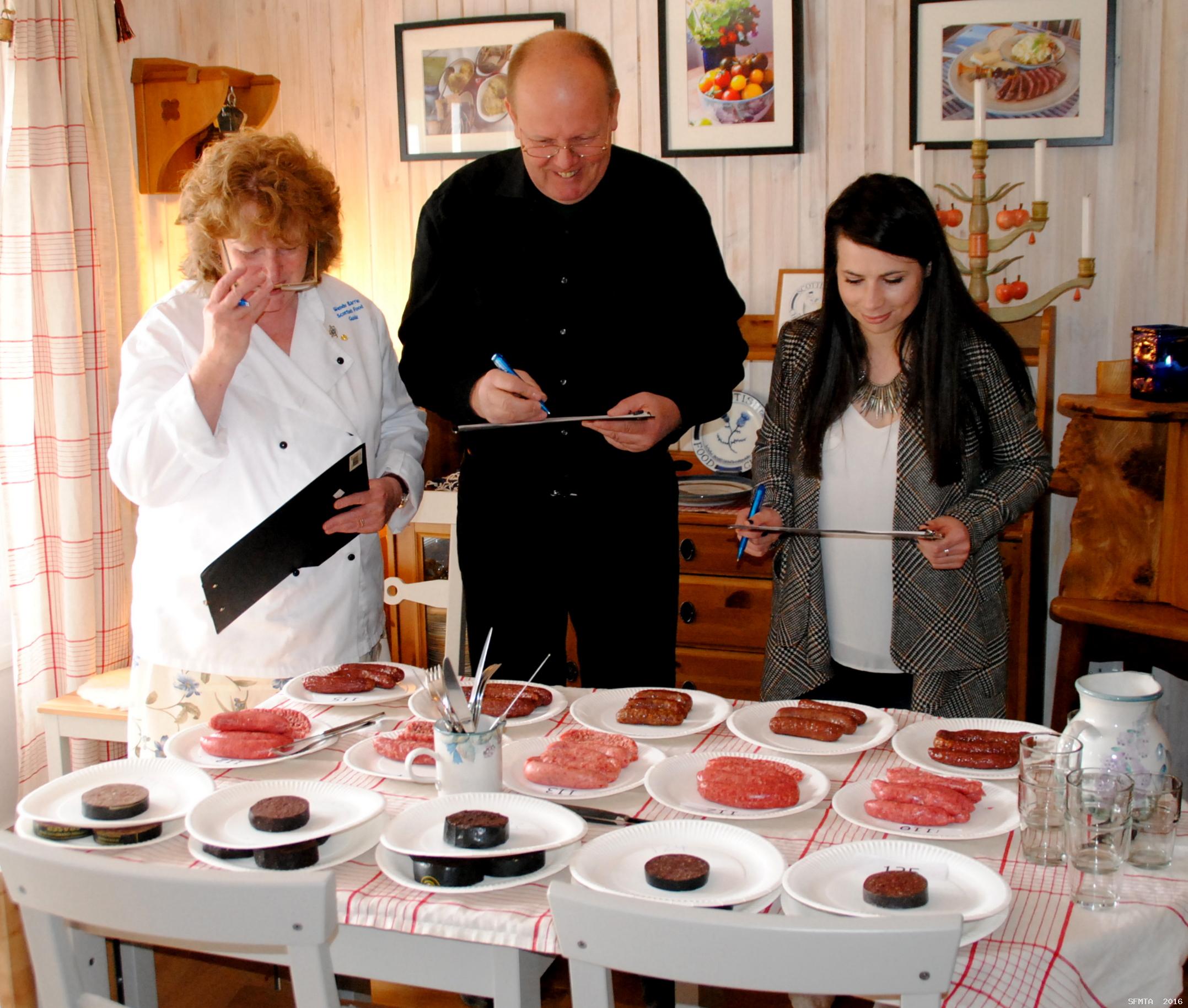 The presentation of the Beef Sausage championship trophy will take place on Monday 9th May when Judith Johnston from competition sponsors, Lucas Ingredients will visit the winner and do the honours. 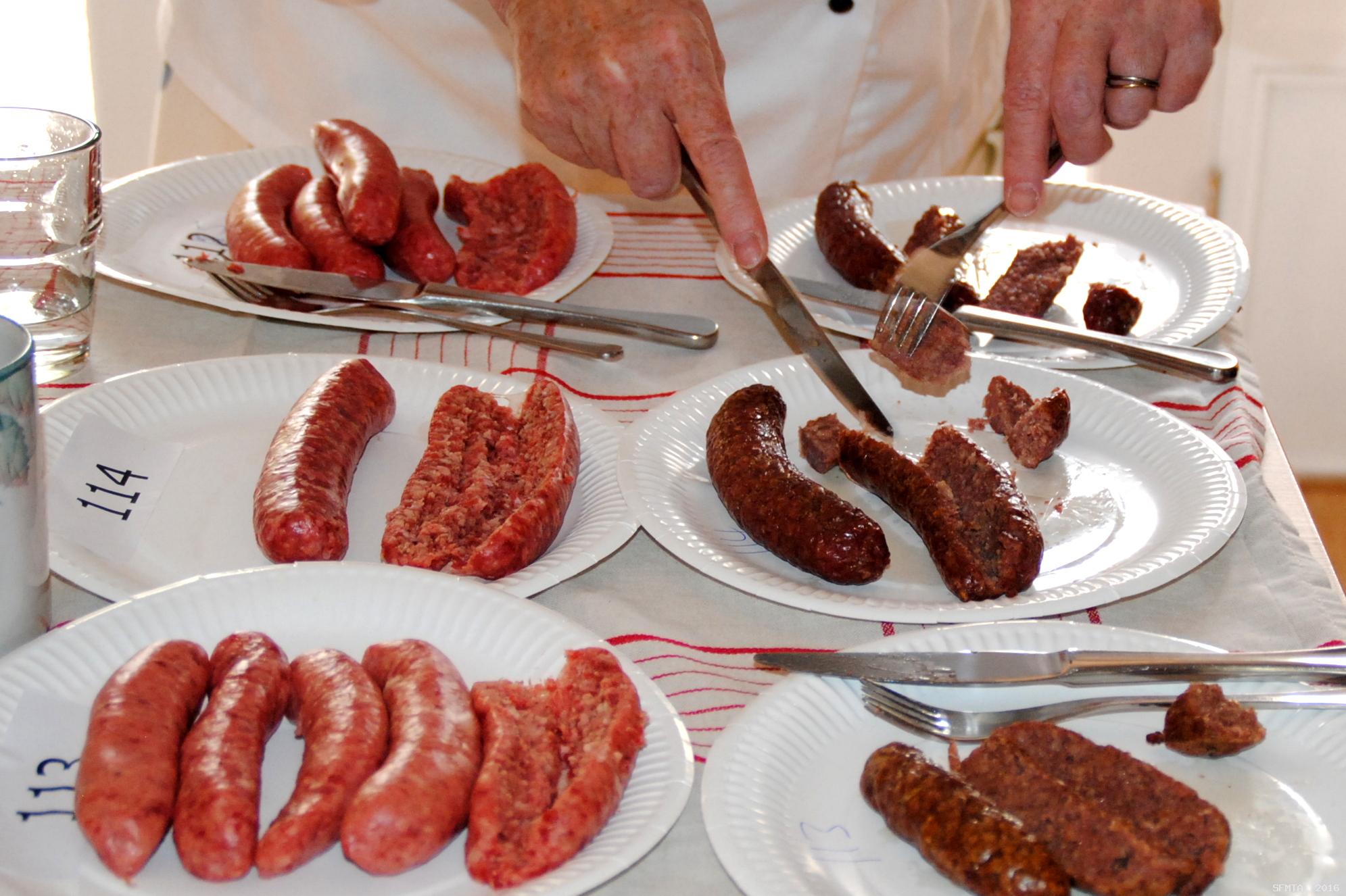 “I thought all the finalists were excellent and would not have been disappointed with any on the plate but one did stand out for me and it is a lovely sturdy sausage that looked fantastic, lovely texture and really good quality taste. I really enjoyed it, a clear winner but everyone worthy of being a finalist.

“It had a good balance of flavour that did not overwhelm the good beef. There was no shrinkage and it was a very smartly presented sausage with a taste to match.”

The presentation of the championship trophy will take place on Tuesday 10th May when competition sponsors, Dalziel Ltd will present the trophy. 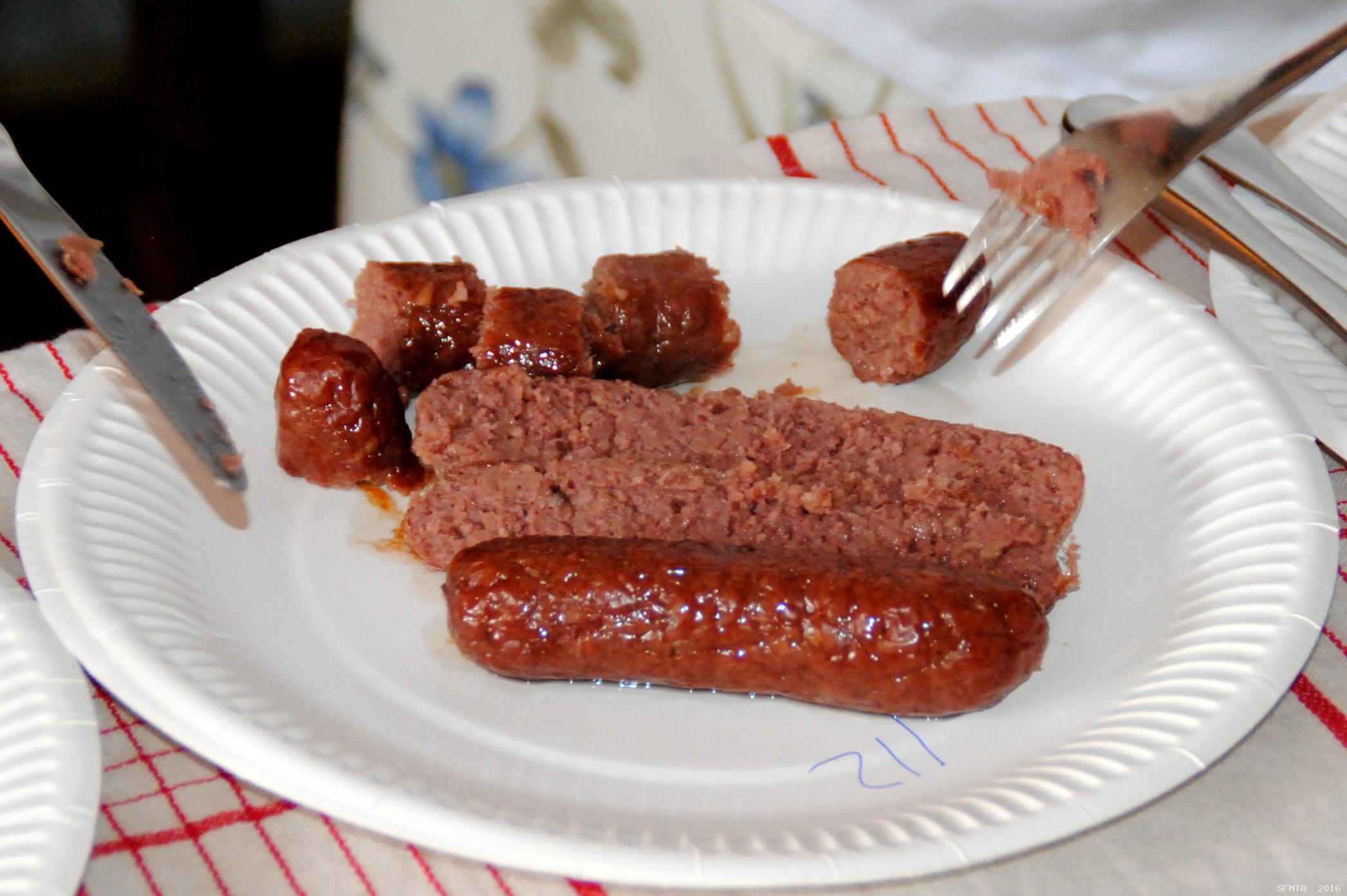 “Five black puddings, they were delicious puddings and it wasn’t easy to decide. We revisited some of them, we cooked some more samples and we take it very very seriously our black puddings. We did get a clear winner in the end.

“The deciding factor? I think it was a combination, it had to have a balance with a little bit of texture, a lovely balance of taste with no one thing overwhelming it. It is a culmination of factors and it has to look good so that it appeals to the consumer. 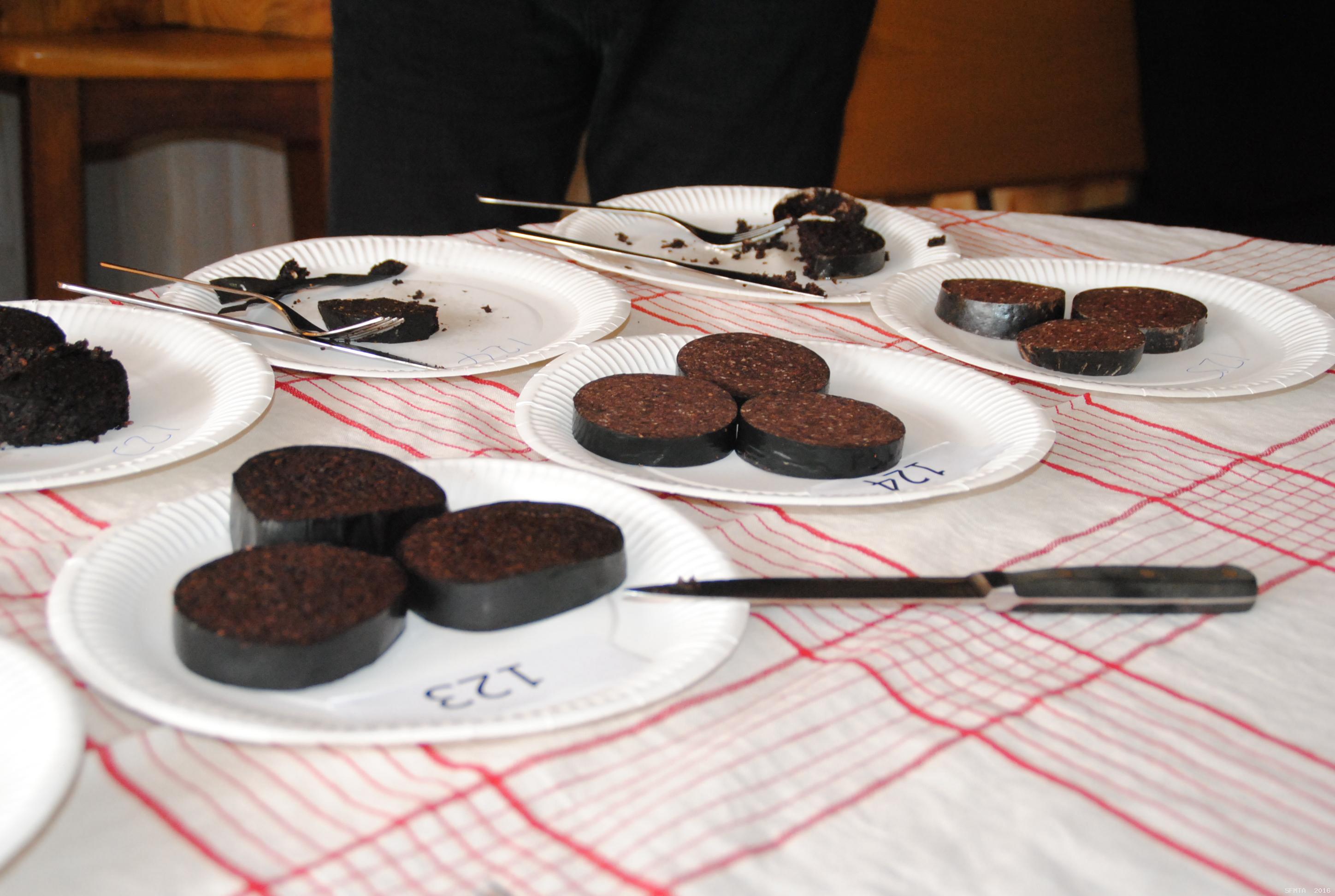 “The five were very different; right through a range of colours, textures, size, thickness of slices – they didn’t even cook in the same time. A real big range but I think every one of them had something that was rather appealing, they all had their good points. It was fascinating.

“The winning black pudding was a delicious exemplar of its kind and I think will sit very well on a British and World plate. 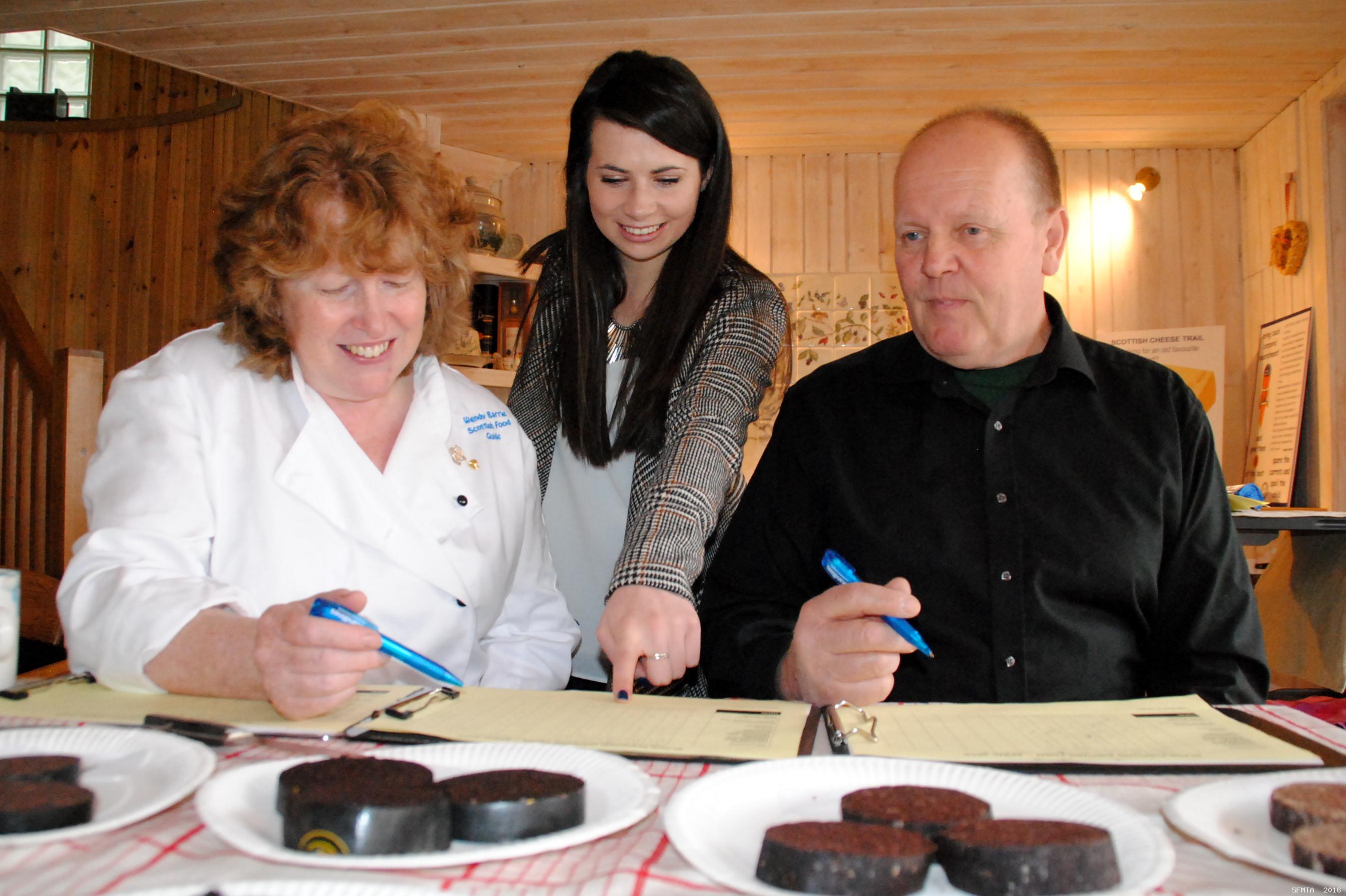 The judges in the finals were Wendy Barrie, Bosse Dhalgren and Miranda Childs.