Bruce of the Broch’s chicken and mealie pies have picked up the Diamond Award in the Scottish Craft Butchers Savoury Pastry Products Awards 2017.

Delighted owner Alistair Bruce said he was “thrilled” to be recognised in this meaty New Year honours list. And he explained how he owes this latest haul of precious awards to the 19th century gold rush in South Africa. 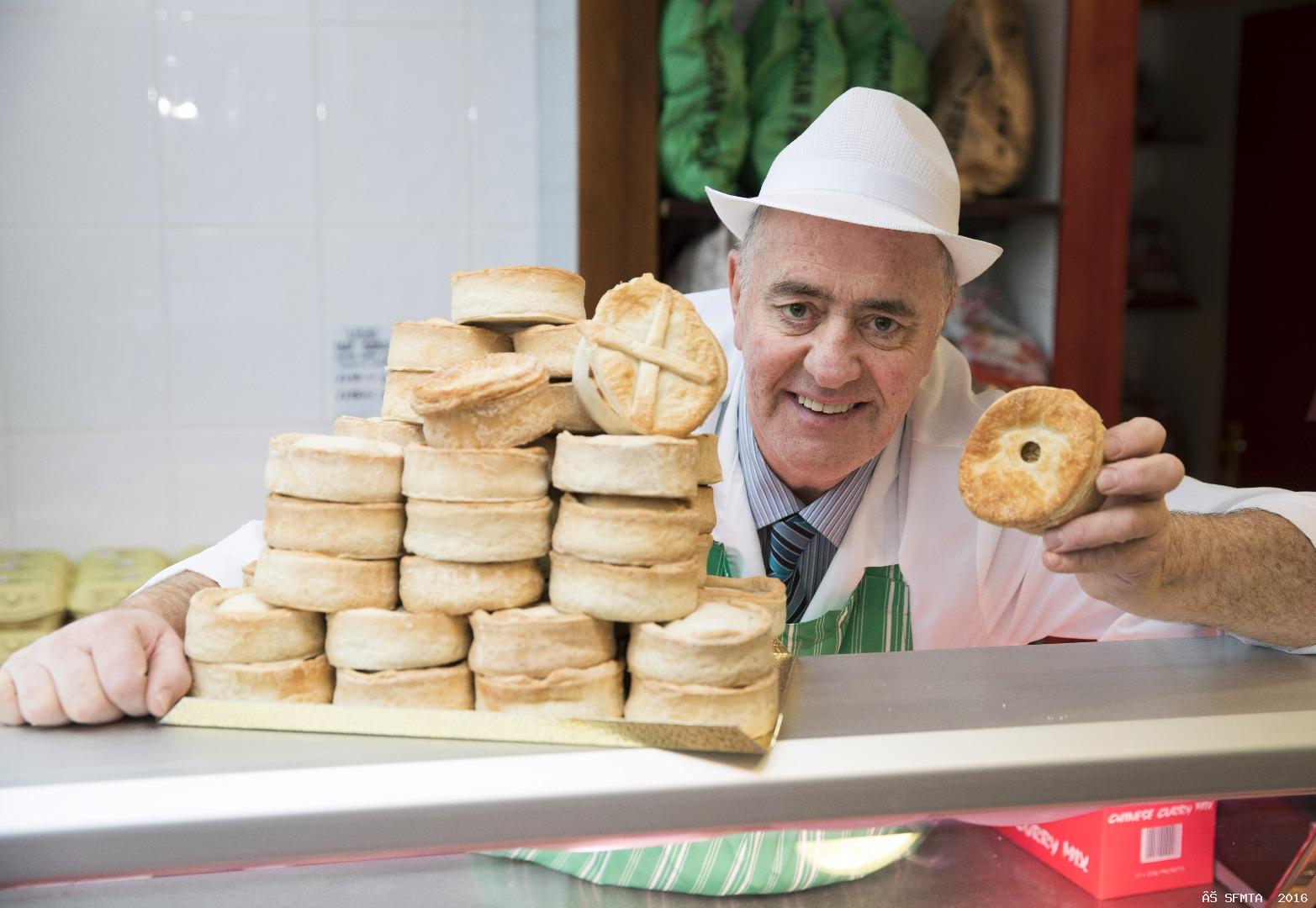 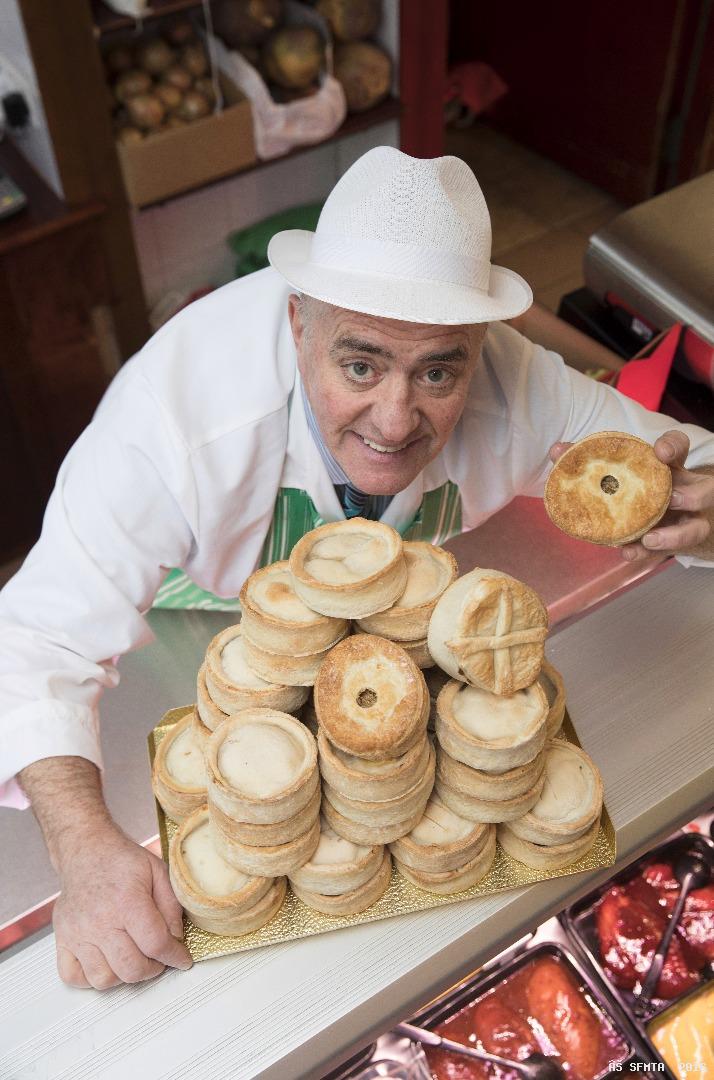 “My Great-Grandfather returned from the gold rush to marry his sweetheart and she refused to return to the prospectors’ settlements with him,” explained Alistair. “So, having done a bit of butchery in South Africa, he opened his first shop in 1886, 100 yards further along the street from where we are today.

“He had six children and they all went into the business, supplying butcher meat to the fishing fleet as it toured the country from Mallaig to Great Yarmouth,” he added. “I’ve been involved since I was a delivery boy on the bicycle at 11 and apprenticed in at 17.”

Now the fourth generation butcher is keeping his Great-Grandfather’s legacy alive by unearthing diamonds, gold and silver for the family in the form of these new industry awards.

“These awards are for the whole team,” he stressed. “It’s a great start to the new year.
“We employ 40 people – including four chefs – and everything is produced in our factory unit at Fraserburgh harbour so that we have total quality control of everything from pastry making to locally-sourced meat and fresh ingredients. We’re very proud of our products.”


Bruce of the Broch produce around 8-9,000 pies each week. The Diamond Award-winning chicken and mealie pie is Alistair’s recipe – and a personal favourite.

“Each generation has taken on the traditional values and built on them,” he said. “Customers are demanding a wider range of products than ever before and these awards endorse the quality of our products.”

Bruce of the Broch was one or around 60 butchers from all over Scotland who collectively submitted nearly 300 different handcrafted pies, sausage rolls and bridies which were judged across six categories in one of the industry’s most keenly contested awards.