2014 FEDERATION HAS A NEW PRESIDENT

Beaton follows his grandfather, also Beaton, who was President on 1966-67 and his father David who was President in 1988-89. Truly a remarkable commitment to the independent butchery trade. Lindsays is a family butcher established in Perth in 1863, and for those 150 years has been run by successive generations of the Lindsay family down to Beaton today. He is 44, two years younger than his father was when he became President.

The new President used his installation address at McDiarmid Park on Sunday 23rd November to attack what he termed as the ridiculous 5p carrier bag charge.

"After years of EHOs coming into my shop, paranoid at the risk of cross contamination and our appropriate actions to create a safe environment, the Scottish Government has destroyed all the good work.

"How many of you have been handed over the counter a bag for life that turns out to be a bag for bugs? Would we dare to ask where these bags have been or what's been in them? What's for sure is that after we set up a system where ready to eat went in separate carriers from raw meat, few customers now take the precautions all for the sake of 5p.

"I will make it my personal crusade to make sure that this Federation lobbies Environmental Health officers, local authorities, the Scottish Food Enforcement Liaison Committee, the Food Standards Agency and the Scottish Government to see sense and remove this 5p charge from butchers shops.

"We know that it makes sense and we know that we do not want food safety compromised because customers are unwilling to pay this charge. What price does the Scottish Government put on food safety?"

Beaton attended Perth Academy , he is married to Louise and they have two daughters Olivia aged 13 and Lola aged 9. Away from work Beaton has an interest in motor bikes, white water kayaking all over Scotland and ski-ing. Quite an action man really. 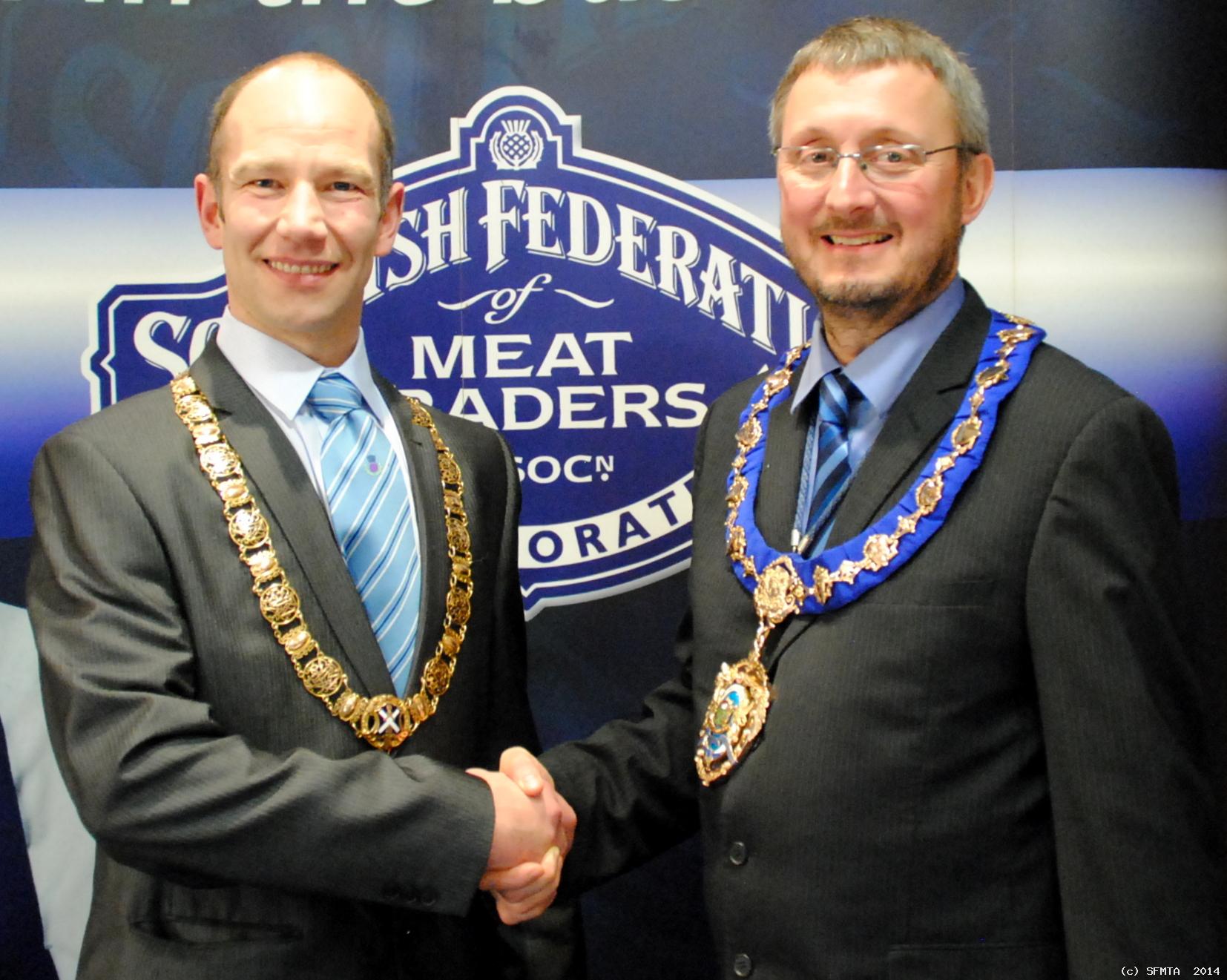 It's a true local business: the meat is sourced from local farms, George McFadzean at Woodhead of Mailer and Jim Peters of west Bog near Forfar; pigs come from Blairgowrie and all are slaughtered nearby Dunblane abattoir. Food miles are therefore very small.

Meat is hung in the shop's chills and Beaton and his team of expert butchers cut up the meat on stainless-steel tables at the rear of the shop, in full view of the customers.

An old-fashioned operation in the best sense, the extensive premises on Methven Street is packed with pies, pasties, sausages, burgers, joints and all the cuts of meat you'd expect from a quality butcher.

Beaton has served as Membership Convenor since 2007 when he took over from his father. His family have had a great involvement with the Federation and SFMTA can look forward to another President Lindsay.