Over 200 butchers came along to watch the competition that was very fierce with excellent skills displayed by all.

Frazer Orr from Angus Farm Shop, Greyabbey (above receiving his award from John Proctor of the Meat Training Council Fund), came through to win the Young Butcher title and the overall winner of Meat Skills Northern Ireland was Declan Robinson from O`Kane Meats in Claudy (below). 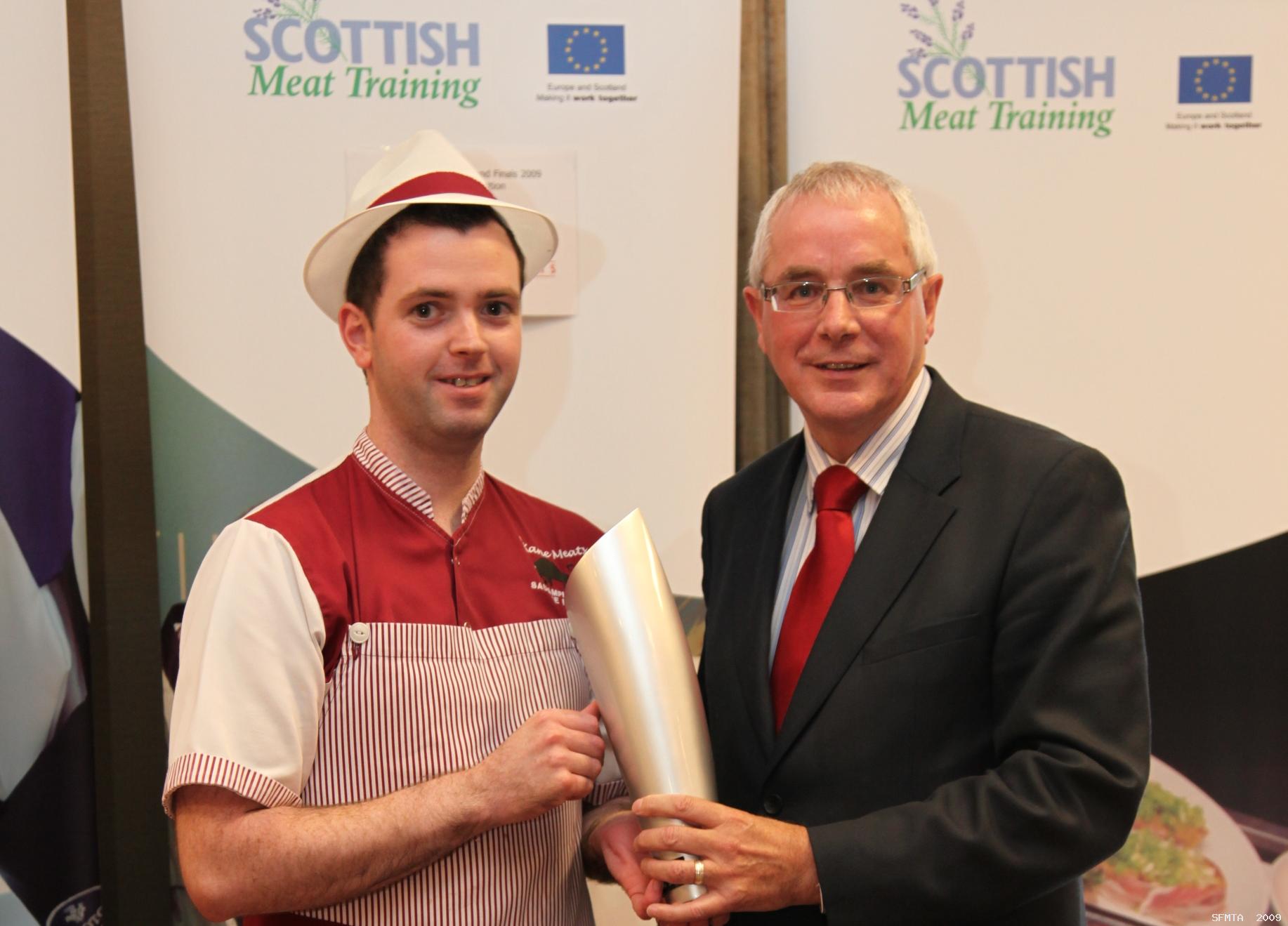 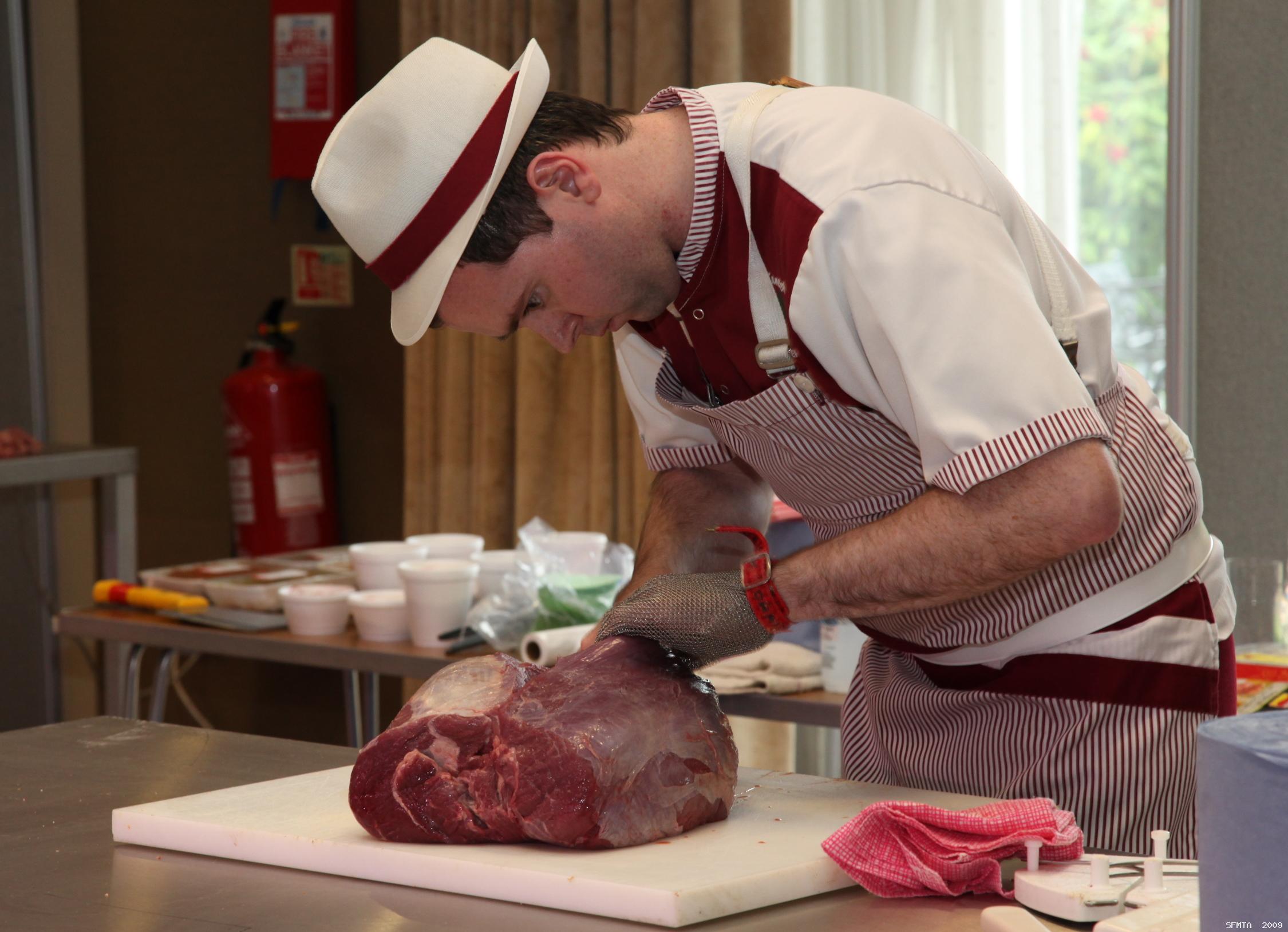 The Over 22 Final entrants were allocated 2 hours starting at 2.30pm to work with:-

The Under 22 Final the entrants were allocated 2 hours starting at 11.00am to work with:-

Compulsory:- One Shoulder of Pork (cut between fourth and fifth rib)
Two Chickens (minimum weight 2 kilos.)
One Pair Loins of Lamb (cut between 5th and 6th, chump off.) 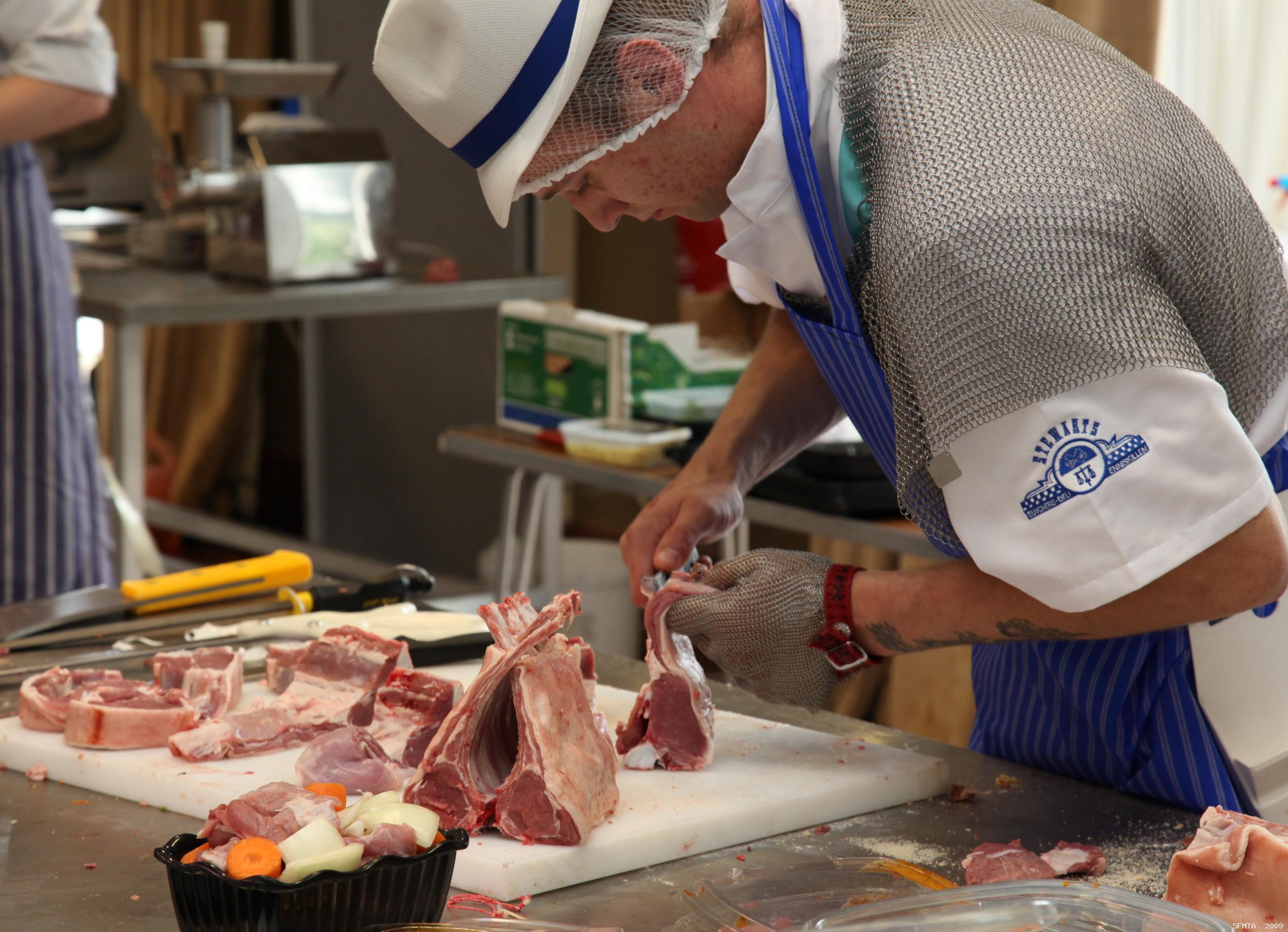 The twenty five entrants in the Northern Ireland Meat Skills Competition were judged during the first fortnight in June. Four in each category - Under 22 and Over 22 - progressed to the final held on Sunday 6th September at the Hilton Hotel, Templepatrick.

An experienced and independent judge, George Lees, from the Scottish Borders was invited to judge the heats and select the best entrants to go forward to the final in Templepatrick. Mr Lees was very impressed by the large number of entries for the first ever Meats Skills Northern Ireland competition organized by Scottish Meat Training. All entrants made a very favourable impact on the judge who said:-

`The standard was extremely good especially considering that all entrants were first time competitors in such an event. Every business visited was very helpful and accommodating and no praise would be too high for the enthusiasm and attitude of the entrants demonstrated throughout my two week judging tour of butchers in Northern Ireland .`

You think of it butchers made sausages with it in the Speciality Sausage Evaluation held at Meat Skills Northern Ireland event at Templepatrick on Sunday 6th September. Ingredients ranging from Magners to Mango, Guinness to Ginger and Haggis to Honey as butchers blended beef, pork, bacon, lamb, chicken and turkey into some of the most imaginative sausages to come together for some time.

In total 111 entries were evaluated with the judges awarded gold and silver awards to chose that took their fancy and the top award - Diamond went to Stewarts Family Butchers in Enniskillen. 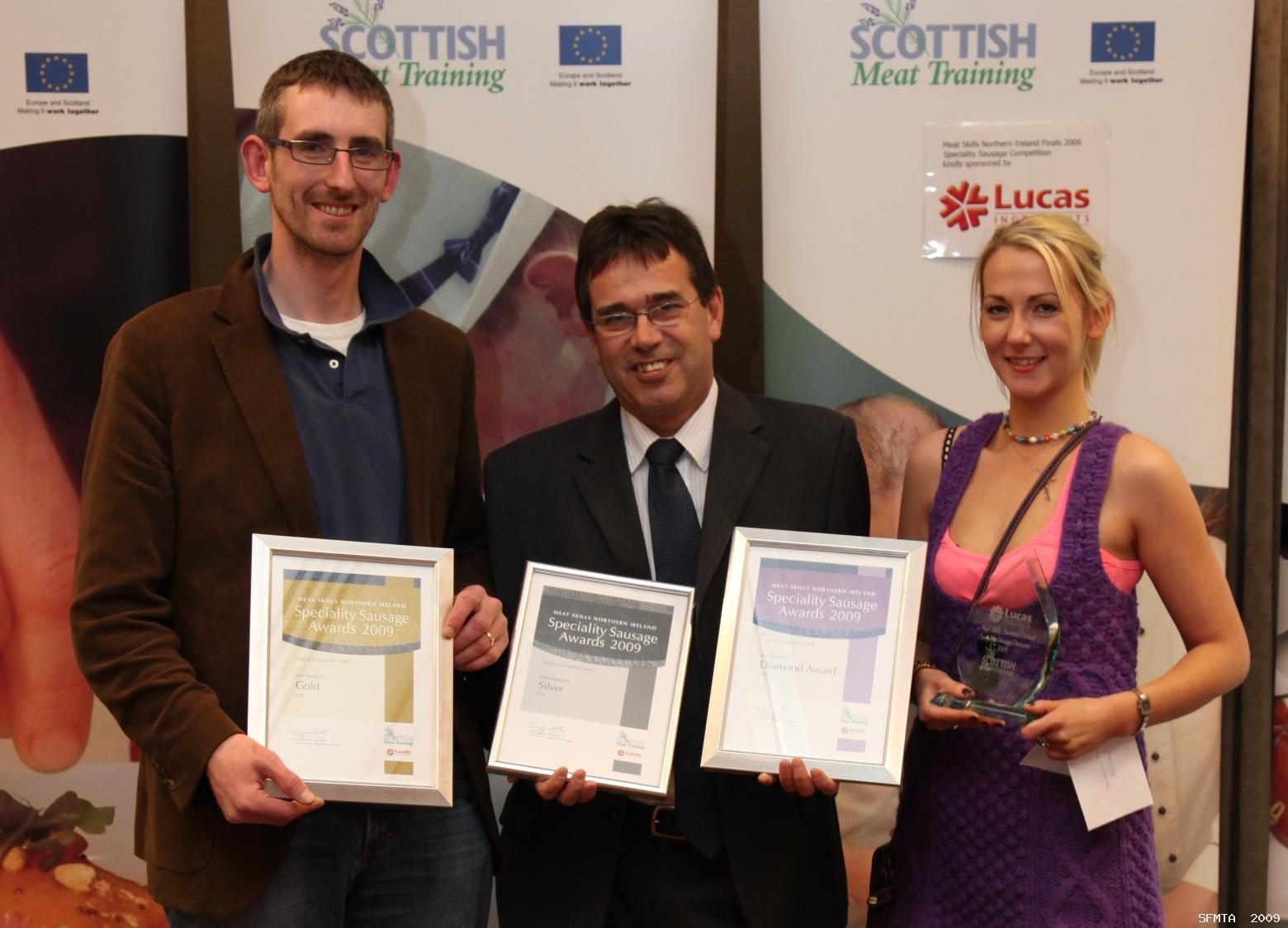 Winner of the Speciality Sausage Competition were Stewart Butchers, Enniskillen for their Irish Herb Sausage. Shane and Aisling received their Diamond Award from Steve Derrick of sponsors Lucas Ingredients.


In total there were 33 Golds and 34 Silvers in addition to the one Diamonds. A big thank you to entrants for their support and to sponsors Lucas Ingredients.