The overall winner picking up the Scotch Pie World Championship was the Bon Bon Cake Shop in Airdrie. Craft Butchers did well in all categories; Scotch Pie, Bridie and Speciality Pastries. The full list of prize winning Craft Butchers Scotch Pies is as follows:-


Jim and Pat Hastie were delighted to win their award. They came runner up to the World Champion but were most satisfied since their entry for the competition was selected straight off their shelves.

Jim explained that he chose the best looking pies from the production on the day of the judging.
"What won was our usual recipe, we did nothing special to the pies we chose to enter." 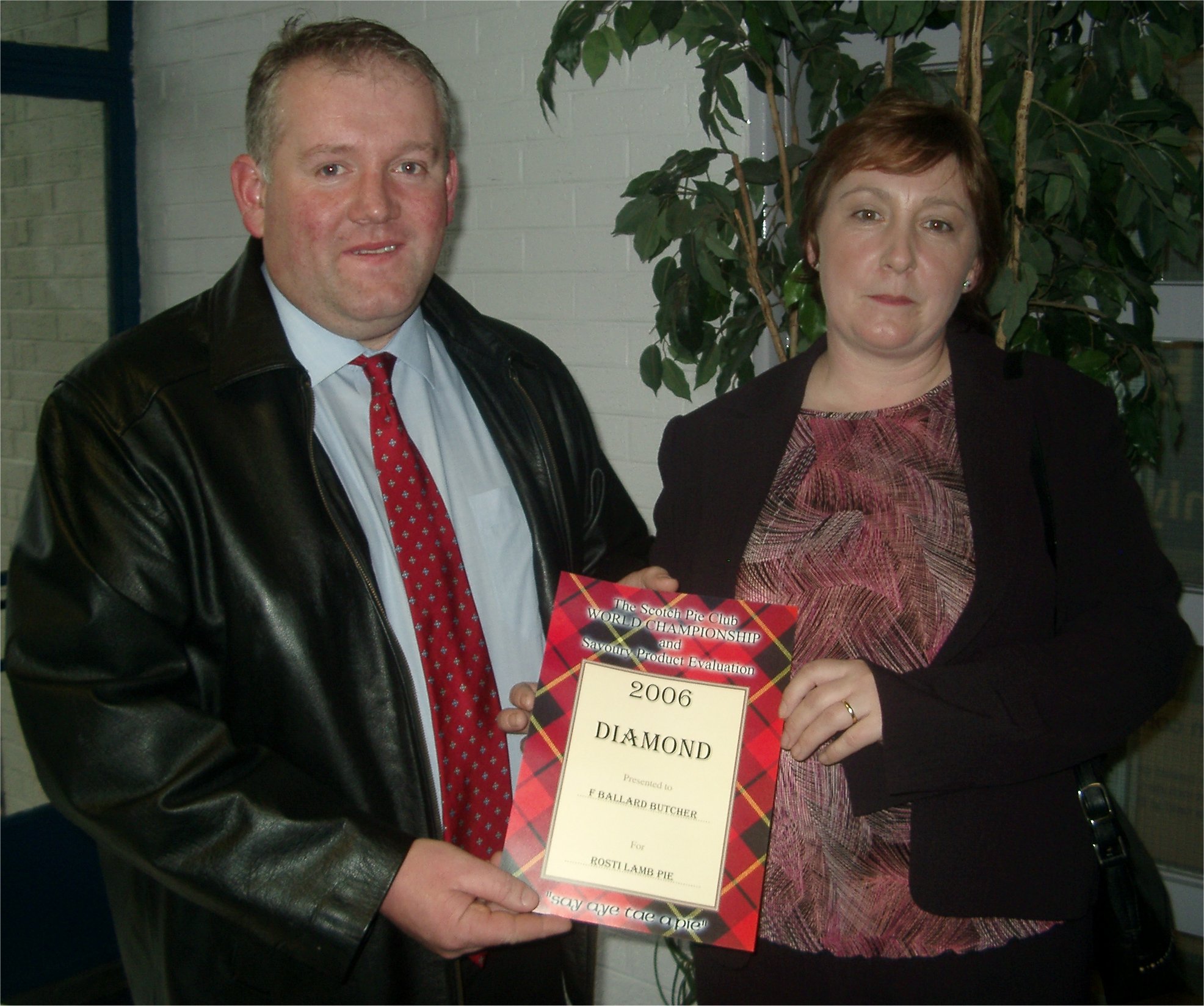 In the Speciality Pastry Category the top award went to Jim and Janet Craig from F Ballard, Butchers High Street, Castle Douglas. Other prizes won by Craft Butchers are listed below:-

At the presentations at Lauder College, Dunfermline on St Andrews Day, an elated Janet Craig from F Ballard said that their diamond winning pie was minced lamb with grated potato and cream rosti in a scotch pie shell.

The filling is like a Bolognese minced lamb - strong flavoured - with a topping that is a mix between rosti and creamy potato gratin. We tried it with chunks of lamb but it is better minced.

"We have a very big Steak Pie and Scotch Pie trade. We won a bronze three years ago and it more than doubled our pie trade."

Husband Jim added, "The lamb all comes from our own farm at Tywnholm. Sufffolk and Texel lambs are home grown for an all year round supply."

World Scotch Pie Club supremo, Alan Stuart said that the Awards Presentation Lunch that saw 120 bakers and butchers come together was "to celebrate, the skills, the enthusiasm and the passion still flourishing in our two crafts."