many more pictures in picture gallery 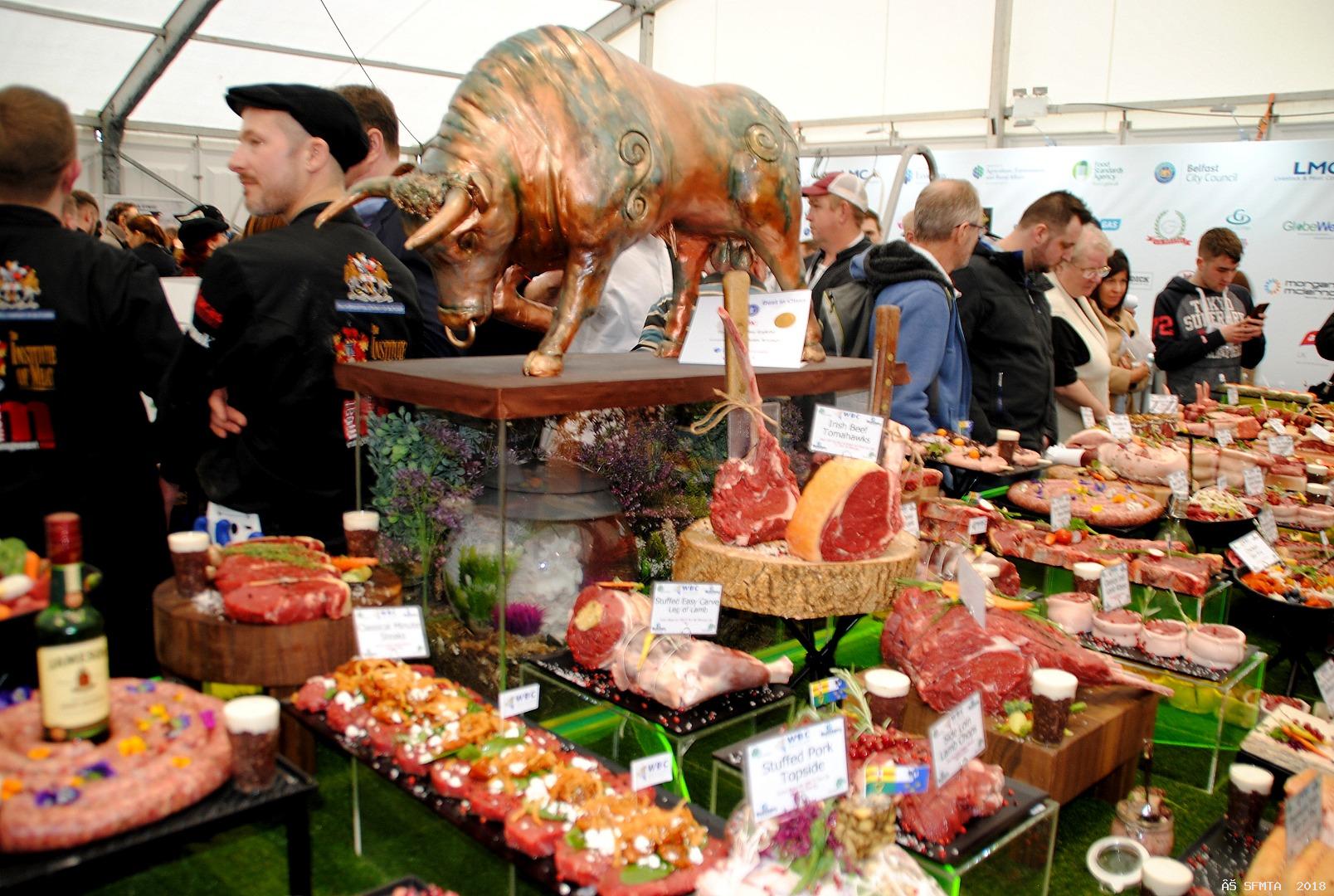 In a contest to see who would be crowned as the world’s top butchers, Team Ireland, with butchers from Northern Ireland and Ireland competing, have been named the best in the world at the 2018 World Butchers’ Challenge. 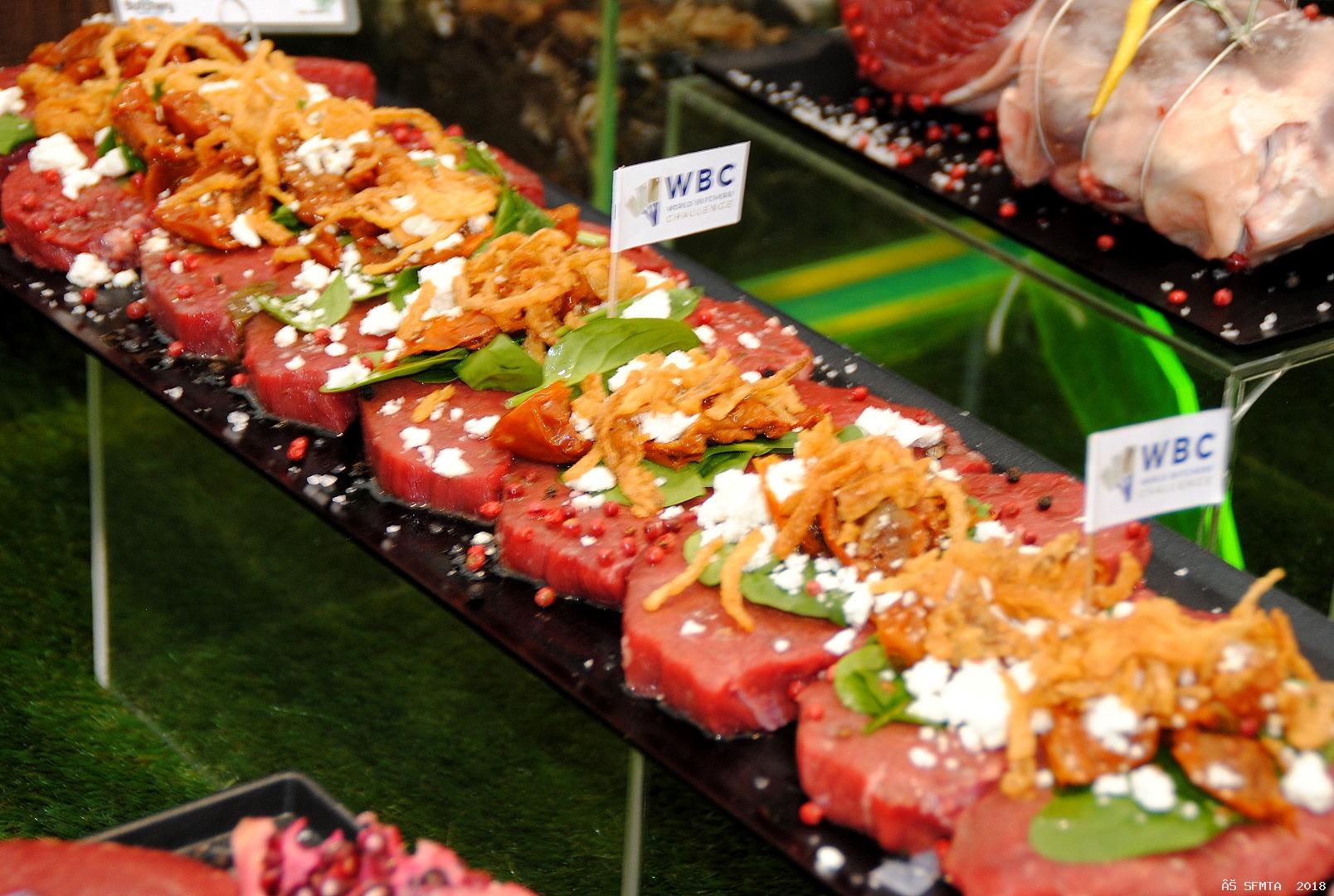 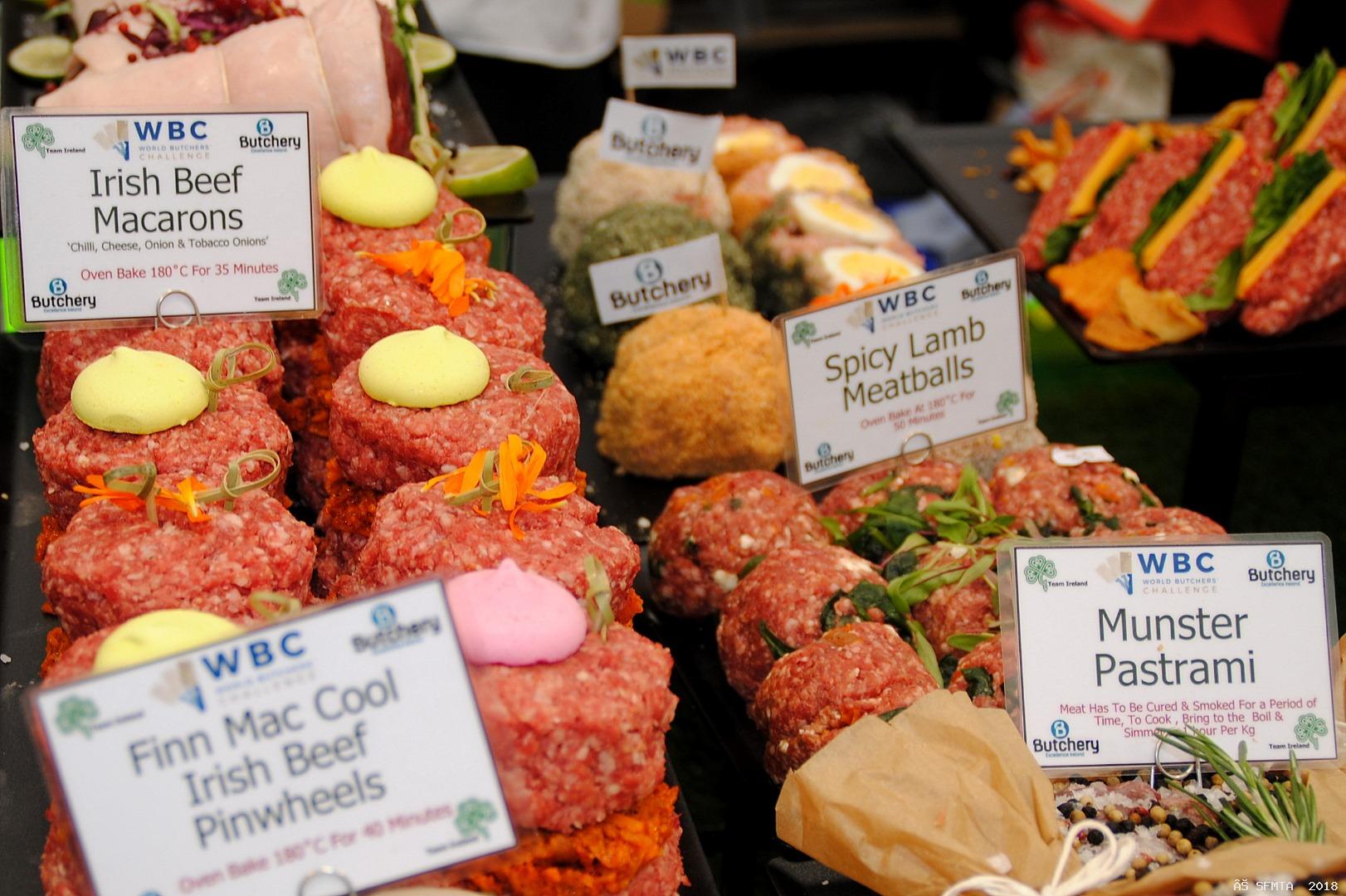 Each team of six had just three hours and fifteen minutes to turn a side of beef, a side of pork, a whole lamb and five chickens into a themed display of value-added cuts, similar of what you would expect in a traditional butcher shop or supermarket but with plenty of innovation and skill at the heart of the displays.

Team Captain, Garrett Landers says this win will add to Ireland and Northern Ireland’s reputation for the quality of its meat and craftsmanship, delivering additional promotion for the entire Island of Ireland on the global stage. 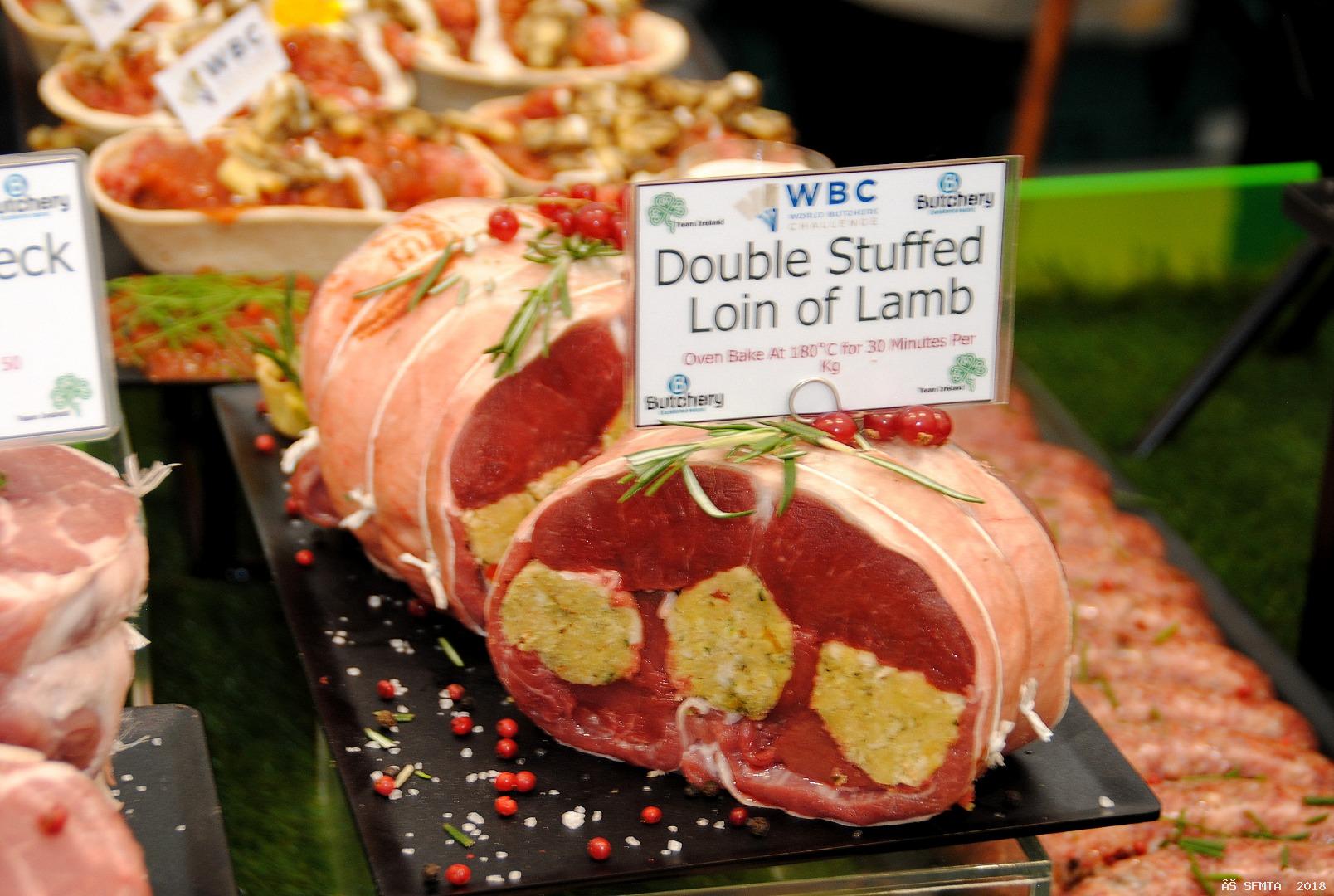 “We’re hoping that this accolade will help to spread the word of the world-class quality of Irish and Northern Irish produce across the globe,” adds Garrett Landers, Team Captain, Ireland. 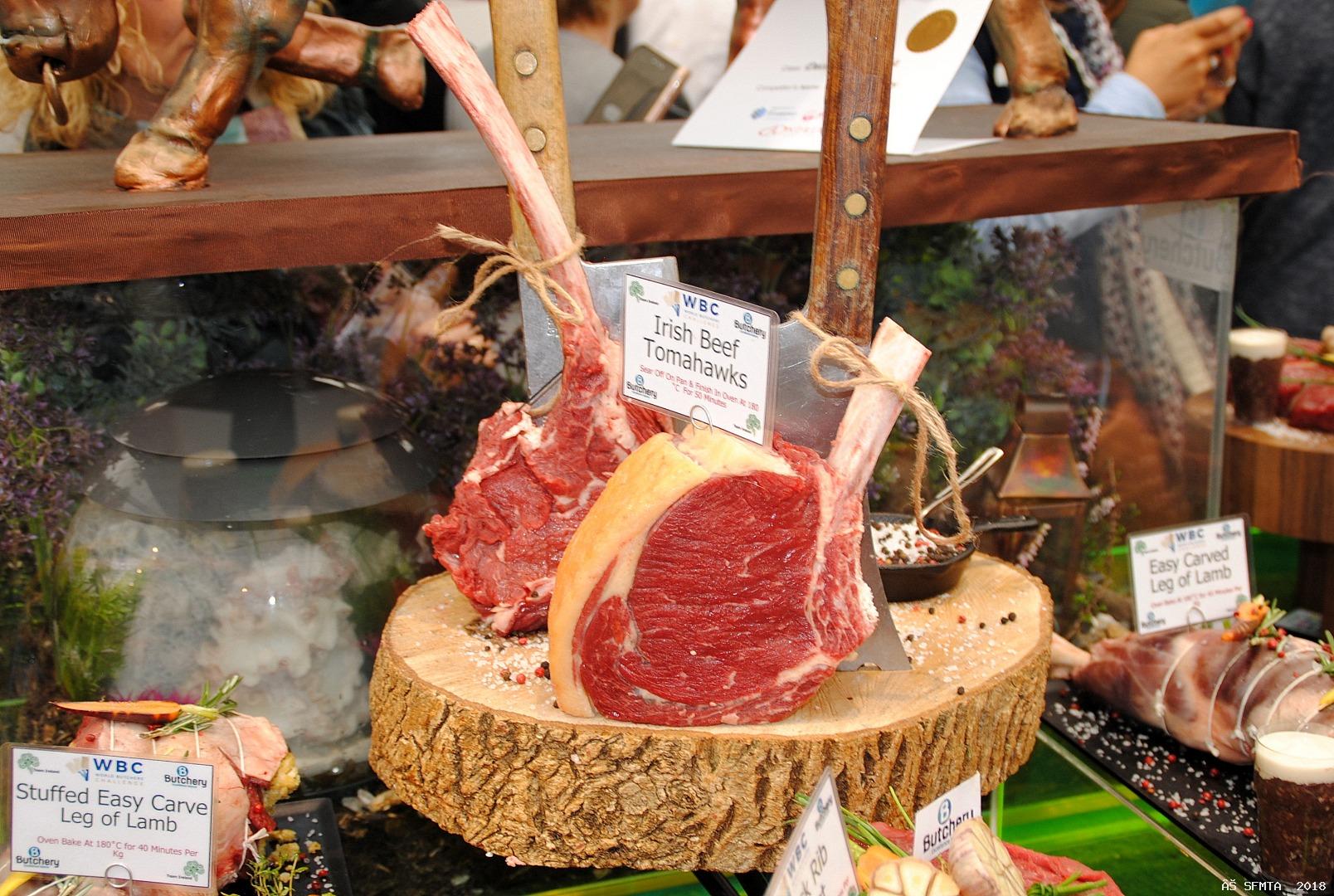 Six butchers from all of the teams were named as the World Team. These are Eamon Etherson from Ireland (Portrush), Angel Naidener from Bulgaria, Adam Stratton from Australia, Corey Winder from New Zealand, Francesca Camassa, Italy and Phillipe Lalanda from France.

The World Butchers’ Challenge aims to showcase skill and innovation in the butchery trade and as such a number of other accolades were awarded:

The World Butchers’ Challenge took place at Meat@IFEX, the sister show to IFEX – Northern Ireland’s premier event for the food, drink, retail and hospitality industries. Taking place from 20th – 22nd March 2018 at the Titanic Exhibition Centre, IFEX it was attended by thousands of visitors.