Stuarts of Buckhaven came up with the idea and then won the Speciality Sausage Contest for Scotland’s Craft Butchers in May last year.

The winners of the award are keen that their fizzy invention becomes a best seller for other Scottish butchers. Alan Stuart Managing Director of Stuarts can’t believe that other butchers are not selling this special cocktail:- “To me it should be the national sausage of Scotland.” 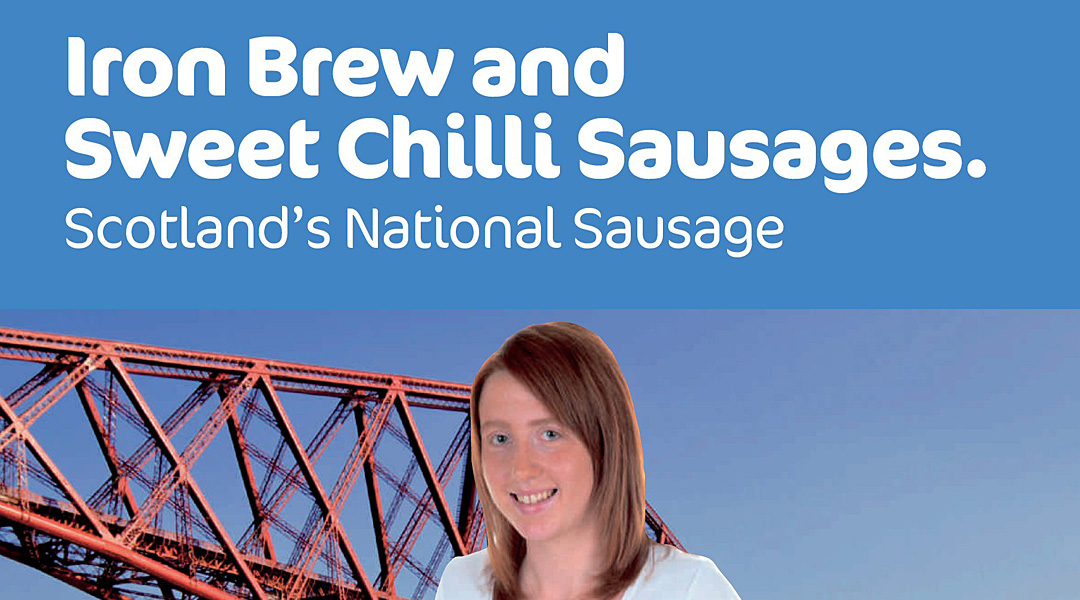 Scottish Craft Butchers the body that looks after the interests of 450 Scottish butchers’ shops accepted Alan Stuart’s challenge and the Sweet Chilli and Iron Brew Pork Sausage went nationwide for National Sausage Week which ran from Monday 31st October. The winning recipe and point of sale material was sent out to all the craft butchers shops throughout Scotland and they were able to make this latest invention.

Since the recipe and posters were sent out Scottish Craft Butchers’ Perth office has received calls from butchers from John O’Groats to the English Border all saying how delighted they have been with the recipe and stunned by just what a sizzling success they have turned out to be.

Ian Faulds of David Faulds and Son in Kilmarnock said he was really pleased to receive the recipe that demonstrates the common resolve of craft butchers to develop unique products that make them stand out from their multiple competitors:-

“Iron Brew with Sweet Chilli Pork Sausage links to one of Scotland ’s great icons and I’d like to think that my customers will enjoy what has proven to be a top selling sausage elsewhere.”