On the Thursday meat skills were demonstrated by Keith McLagan (above) from Bruce Brymer in Brechin to build up a fine display that was a reproduction of his 2007 Meat Skills Scotland effort. 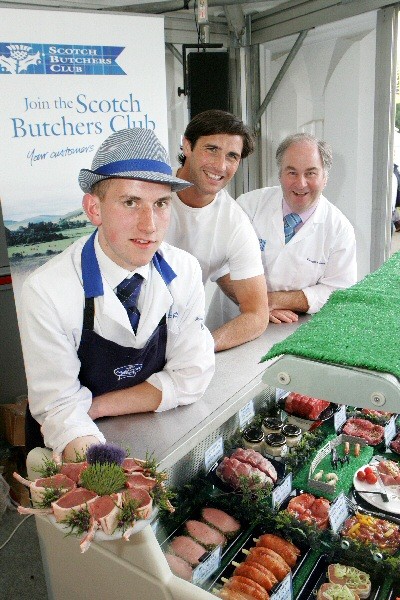 Friday was the turn of Young Scottish Butcher of the Year, Gary Raeburn (above) from Forbes Raeburn & Son, Huntly.

On both Thursday and Friday these demos came immediately prior to a cookery demonstration by Lady Claire MacDonald who was very appreciative of the butchery skills that were so ably performed.

On Saturday Ian McLeod demonstrated barbecue products (as the rain poured down!) and built up the display that won Crombies of Edinburgh top awards at the 2007 National Barbecue Championships

Commentary on all three days was given by SFMTA’s Douglas Scott who was able to promote the benefits of shopping at Craft Butchers.

A new 'Glen' was also revealed at the Royal Highland Show and there was quite an interest in the new body that will back Scotch Beef promotion.