The 2016 Scottish Craft Butcher Awards gave butchers from throughout Scotland the opportunity to showcase the work they have been doing to develop gluten free meat products.

Chris Livingstone of DH Robertson's described his product as a chicken breast stuffed with cheese, salsa, jalapeño peppers and pepperoni all layered in the middle wrapped with bacon. All gluten free. 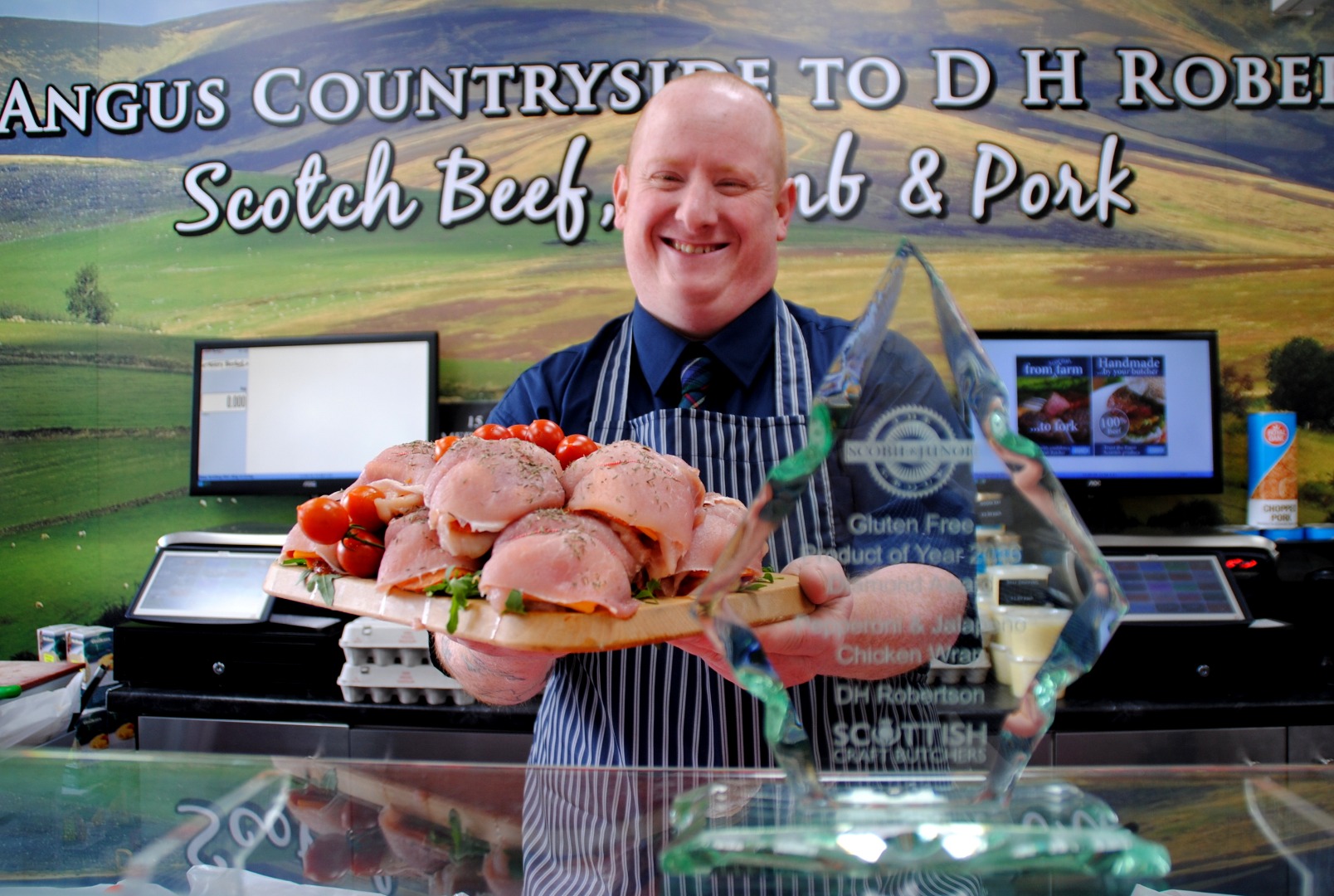 He came up with the product as a result of an in-house contest at Robertson's to come up with the most successful product. He explained how his product was invented:-

"I thought chicken always sells well anyway so I raked through what I had, placed it all together and thought it tasted quite nice. We ended up selling it in the shop and it ended up outselling all the rest of the products. It has been doing quite well for a while.

"When the competition came up for a gluten free product I thought that I would put that into it and it ended up doing well." 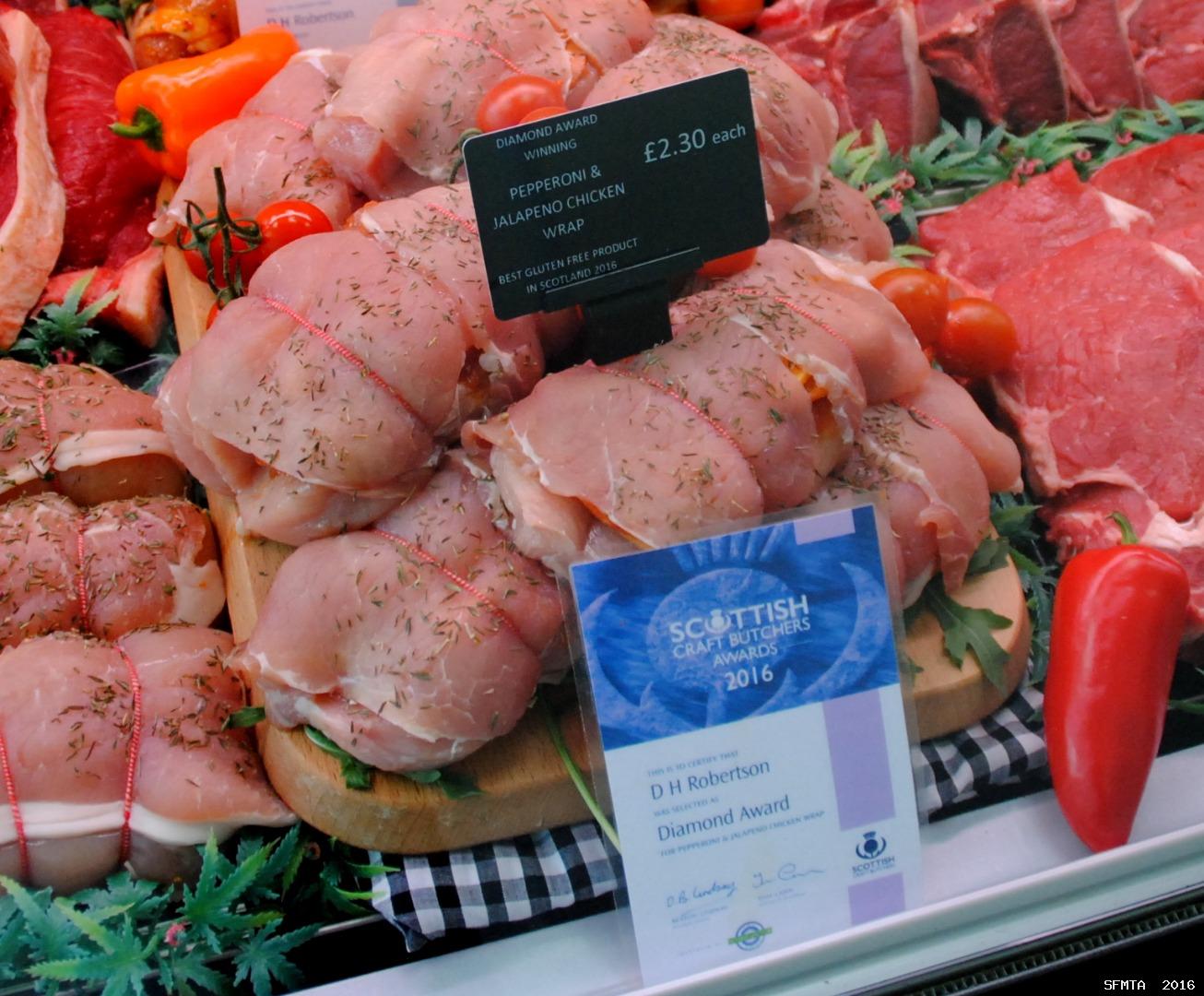 The internal competition pitted Chris product up against another chicken product dreamt up by his boss' wife Pamela Bennett. Pamela's Puy Lentil & Chorizo Chicken Breast won a Silver when the awards were announced at the Doubletree Hilton Hotel in Dundee. Chris continued:-

"On the night I thought was defeated because she got the Silver and when all the Golds had been read out I thought I had lost. Then it was a nice wee surprise when the Diamond was read out at the end. There has been a bit of banter for the last few days about that."

Customers of the Arbroath shop have been placing their congratulations on the shop's Facebook page and the media coverage will no doubt create many more across the counter comments.

Increasing numbers of consumers are seeking out gluten free alternatives and it is hoped that the awards will help direct those in need of these speciality products to craft butchers who have been recognised at a national level for their quality blends. 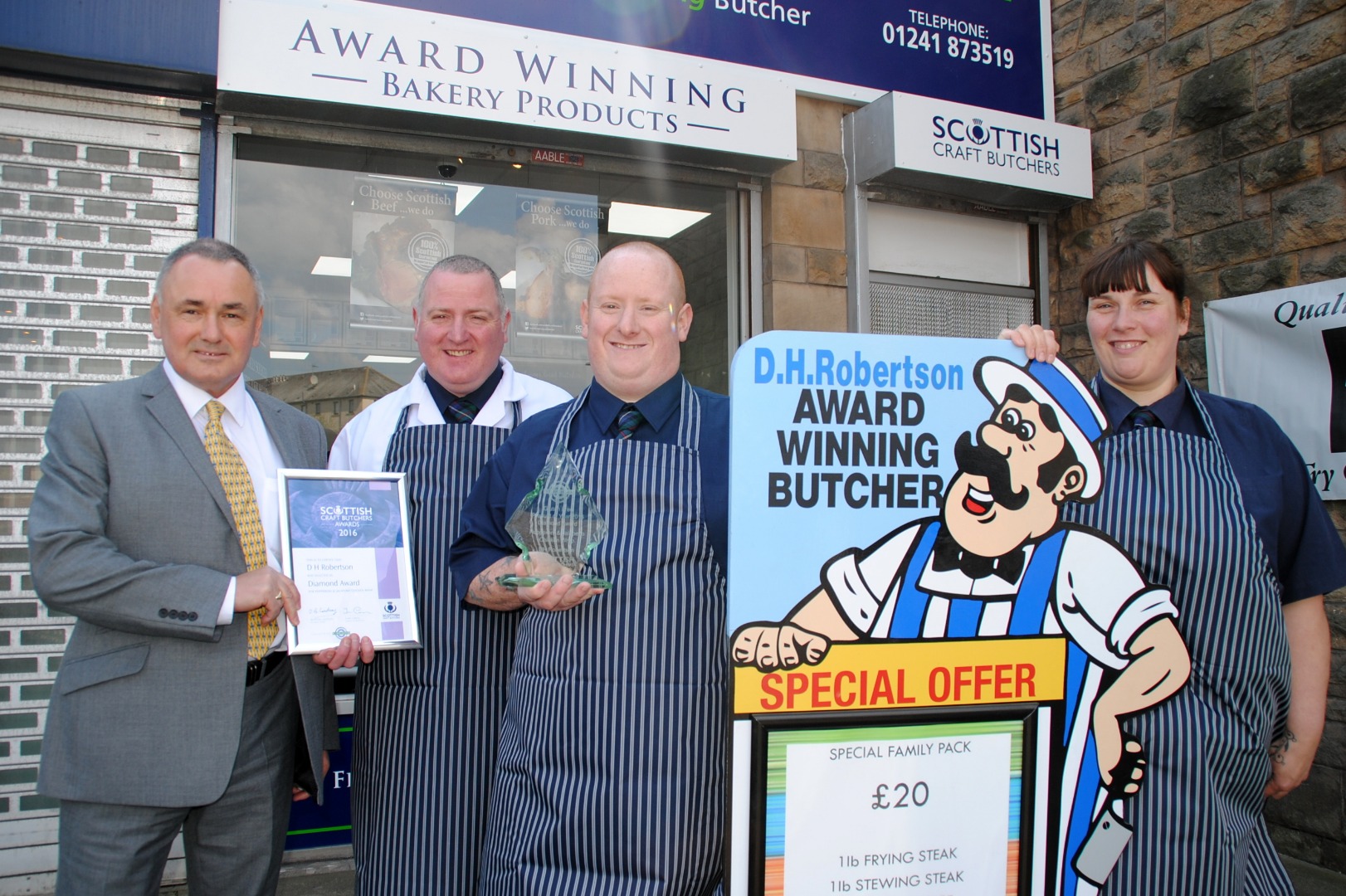 “Gluten free is fast becoming the norm in our new product specifications rather than the exception. We have gluten free product offerings in all of these ranges :- Rusk, sausage seasonings and mixes, burger mixes , meatballs , gravies, black pudding, haggis, stuffings, crumbs, coaters, marinades.” 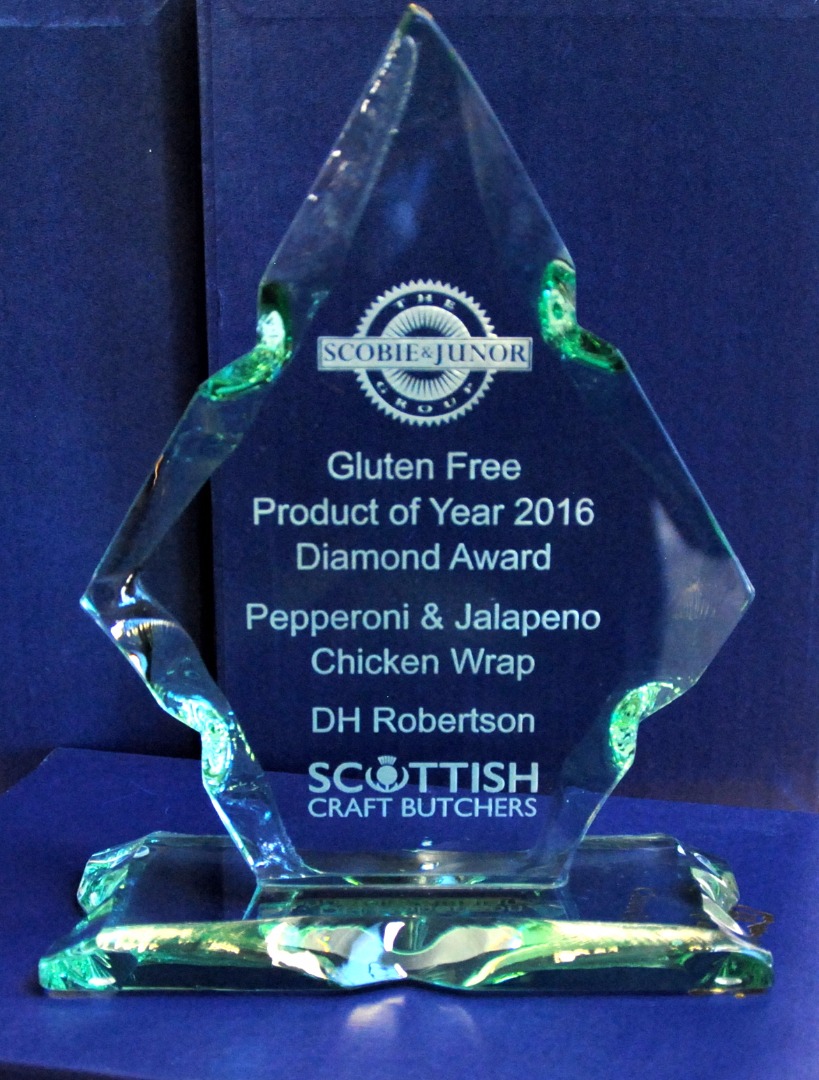