The haggis was received by MSPs including Dr Alasdair Allan, MSP who addressed the Haggis using the Gaelic translation of Robert Burns Address to the Haggis.
Listen to Alasdair Allan MSP's address in Gaelic
http://share2.co.uk/m/6537_2217_ADDRESS_TO_HAGGIS_IN_GAELIC.amr 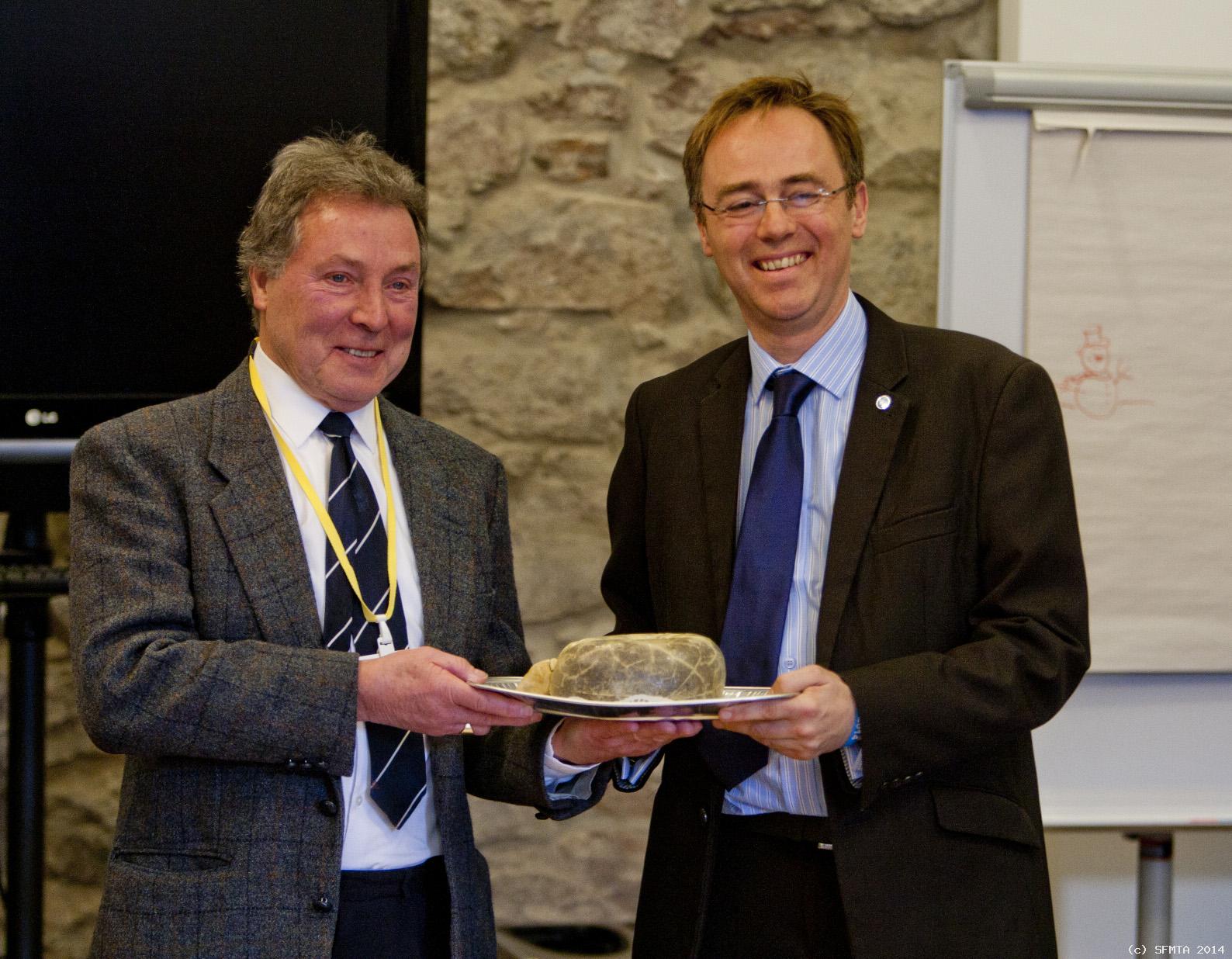 Two Federations have combined to identify the year 2014 as the Year of the Haggis.

The Scottish Federation of Meat Traders Association and the Robert Burns World Federation are involved in a year long drive to increase the use of Haggis for functions throughout the year and also to raise the profile of the Robert Burns Federation in Scotland. The majority of Haggis sales take place during the month of January and closely identified with Burns Suppers. 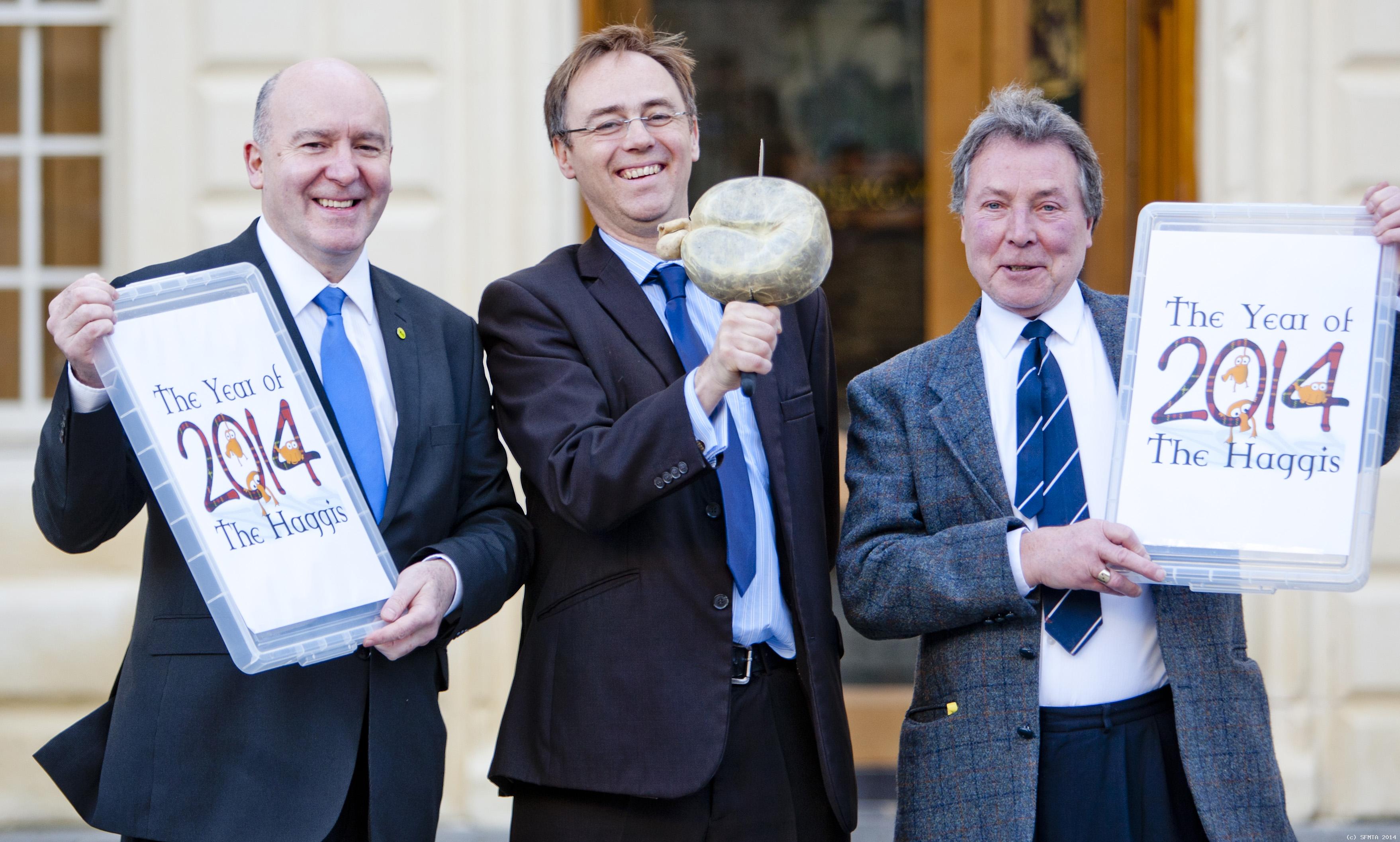 SFMTA represent over four hundred Retail Meat Traders who are involved in the production and sale of Haggis and the RBWF have over three hundred Robert Burns Clubs.

The major events coming to Scotland in 2014 will feature in posters and other advertising to promote Haggis and Retailers who are SFMTA members will be supplied with themed Posters throughout the year for display in their premises.

They have also received a Certificate of Participation as being registered for this project. 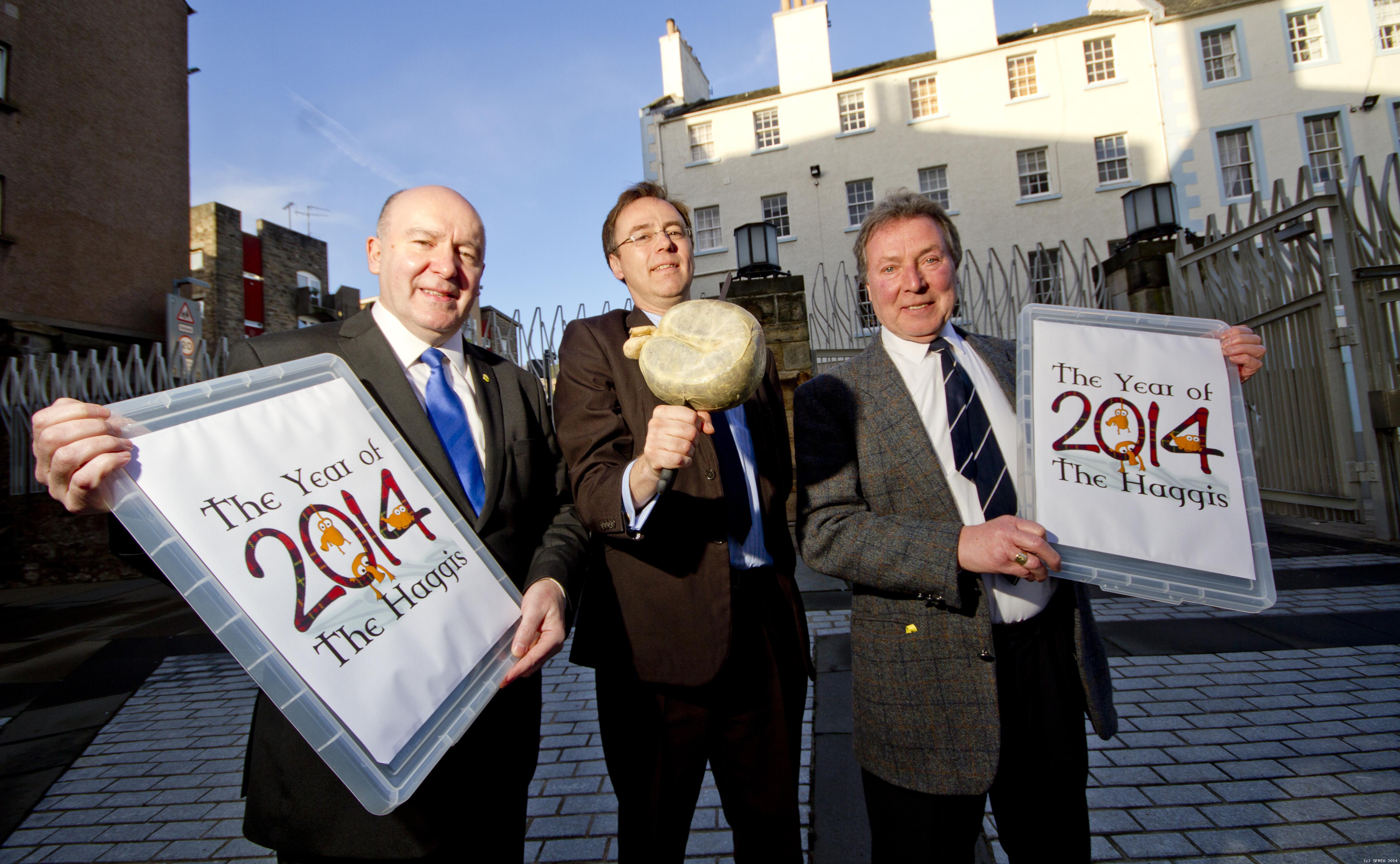 With the expected influx of thousands of visitors and also the usual tourist trade the Year of the Haggis promotion is designed to have an influence on the sale of Haggis and with the involvement of local Burns Clubs spread the word about many Burns related activities.

The Burns Federation, borrowing an idea from other organisations, have decided to have the year 2014 designated as The Year of the Haggis because of the obvious association of Burns/Haggis/Scotland.

There is essentially a light hearted approach but with an underlying promotional concept for both SFMTA and RBWF - one for the enhanced sale of products and the other for increased profile and membership.