A family recipe handed down from his Grandfather has helped secure the Scottish Haggis Championship 2017 for Dumfries butcher Stuart Houston.

The handmade haggis beat off stiff competition from around 80 butchers from all across Scotland to lift the coveted national title at the Scottish Meat Trade Fair in Perth. 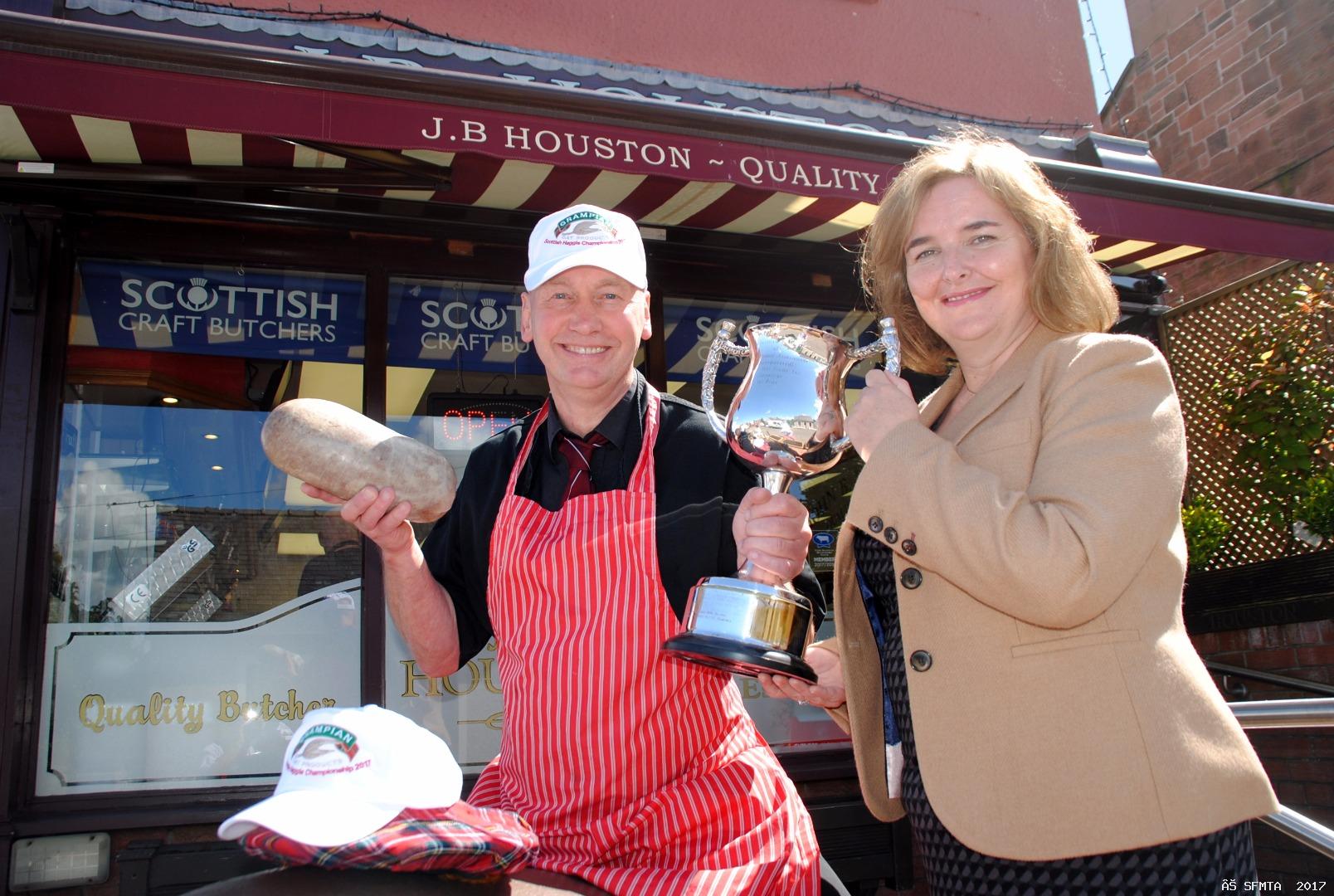 And newly-crowned champion Stuart (55) revealed the country’s best haggis owed its origins to his Grandfather Bert “Kiddie” Houston who set up the family firm J B Houston on the outskirts of Dumfries nearly 70 years ago.

“This is the title I’ve wanted all my life,” said an emotional Stuart, “and it’s as much for my Grandfather as it is for me.

“Scottish Haggis Champion is the title every butcher chases,” he said. “I’m absolutely over the moon – I don’t think I’ll come down from this high for a long, long time.”

The third generation Dumfries butcher is renowned for its handmade traditional haggis – producing around 25 tons each year to meet demand. 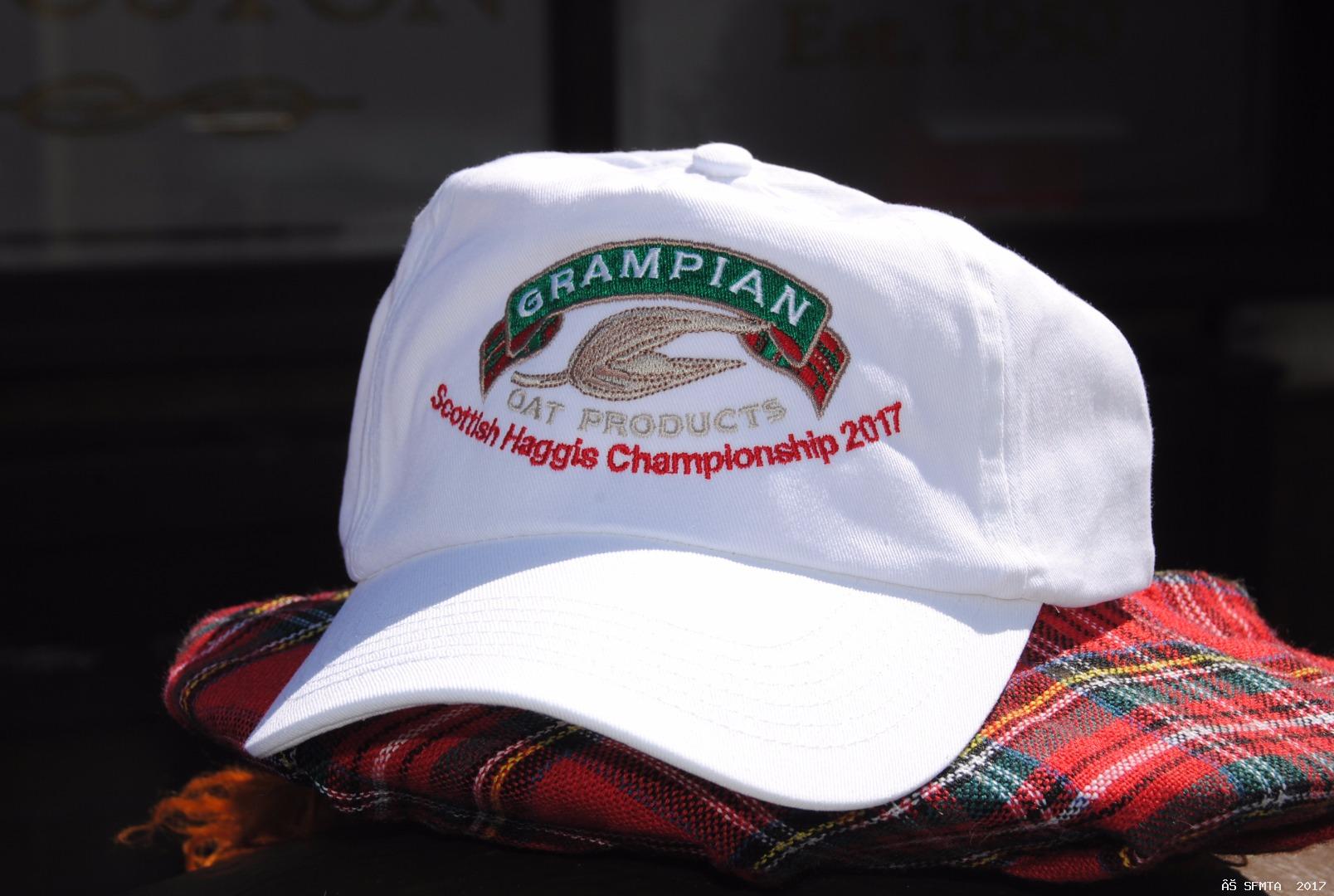 Using a recipe created by his Grandfather, Stuart admits there have been “tiny tweaks” over the years but that today’s product stays true to the original – and remains secret.

“It’s always been a secret recipe,” said Stuart, “but it will be even more secret now. We’ll have to keep it under lock and key!”

Stuart haggis was judged the South West Scotland regional champion before his entry faced another tasting panel of experts to establish the overall winner. 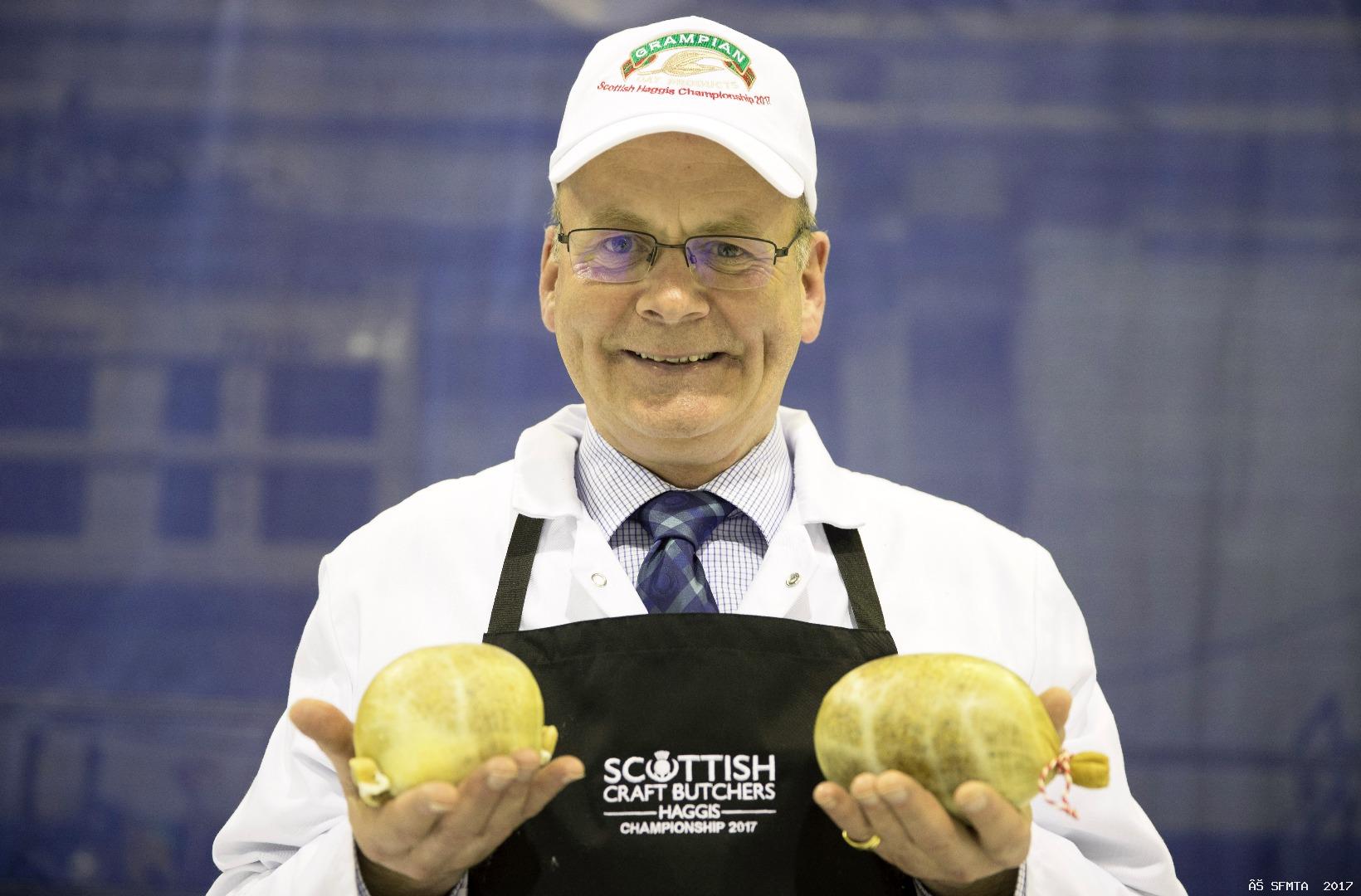 Head judge Gordon Wallace (pictured above) said the judging process had been robust and intense and said that the new Scottish Haggis Champion was a worthy winner.

“It had lovely flavour, great texture and the right balance of ingredients and seasoning throughout,” he said. “It also had a natural casing which added to its appeal.” 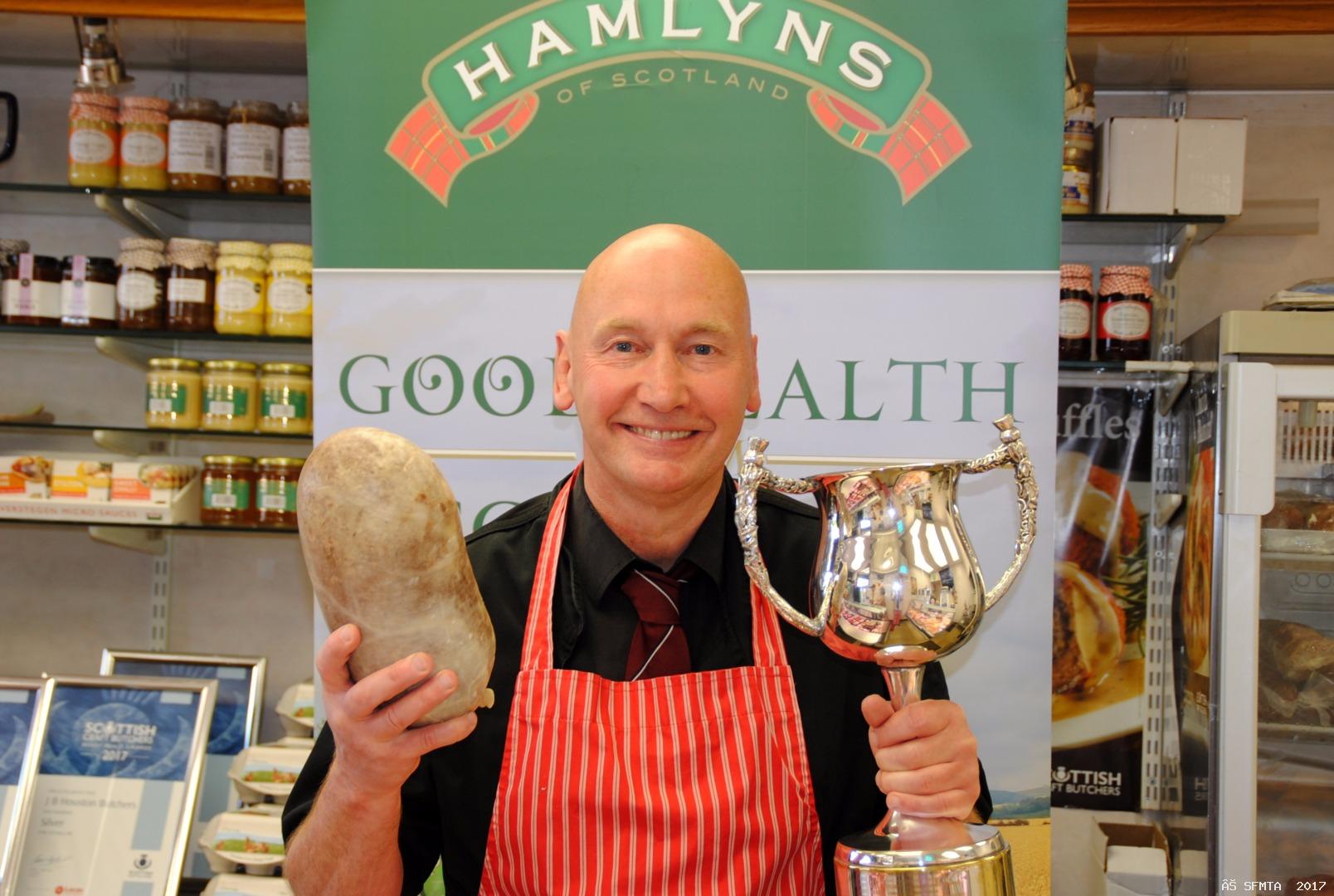 “Many congratulations to Stuart and his team. We know just how coveted the Scottish Haggis Champion title and trophy are, and we hope it will help them to attract new customers from far and wide who are keen to try Scotland’s best haggis.”