Butchers Shop of the Year Awards

Pictured above: Hebbie Fowlie and Family at the awards

Butcher’s Shop of the Year
The 2017 Meat Trades Journal`s Butchers Shop of the Year Awards were held today in London. Butchers from all over the UK travelled to the prestigious venue at County Hall on the south bank of the Thames. There was a six strong representation from Scotland.

Regional winners were announced first and the Scottish Butchers Shop of the Year was an impressive Aberdeenshire business, Bert Fowlie in the small village of Strichen which lies seven miles south of Fraserburgh.

2017 Butchers Shop of the Year 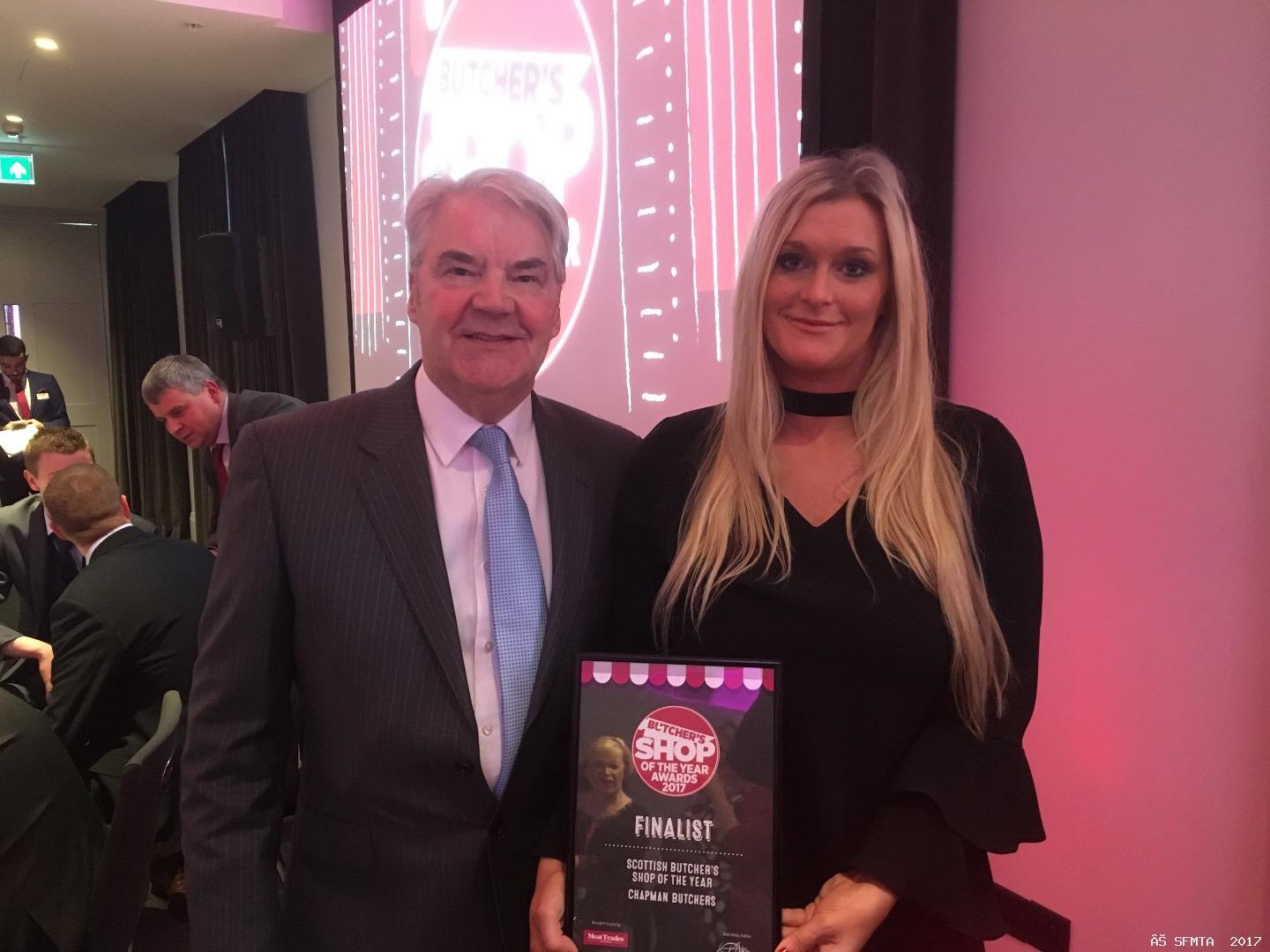 There was Scottish representation in two other categories.

- - Listen to the New Business result being announced 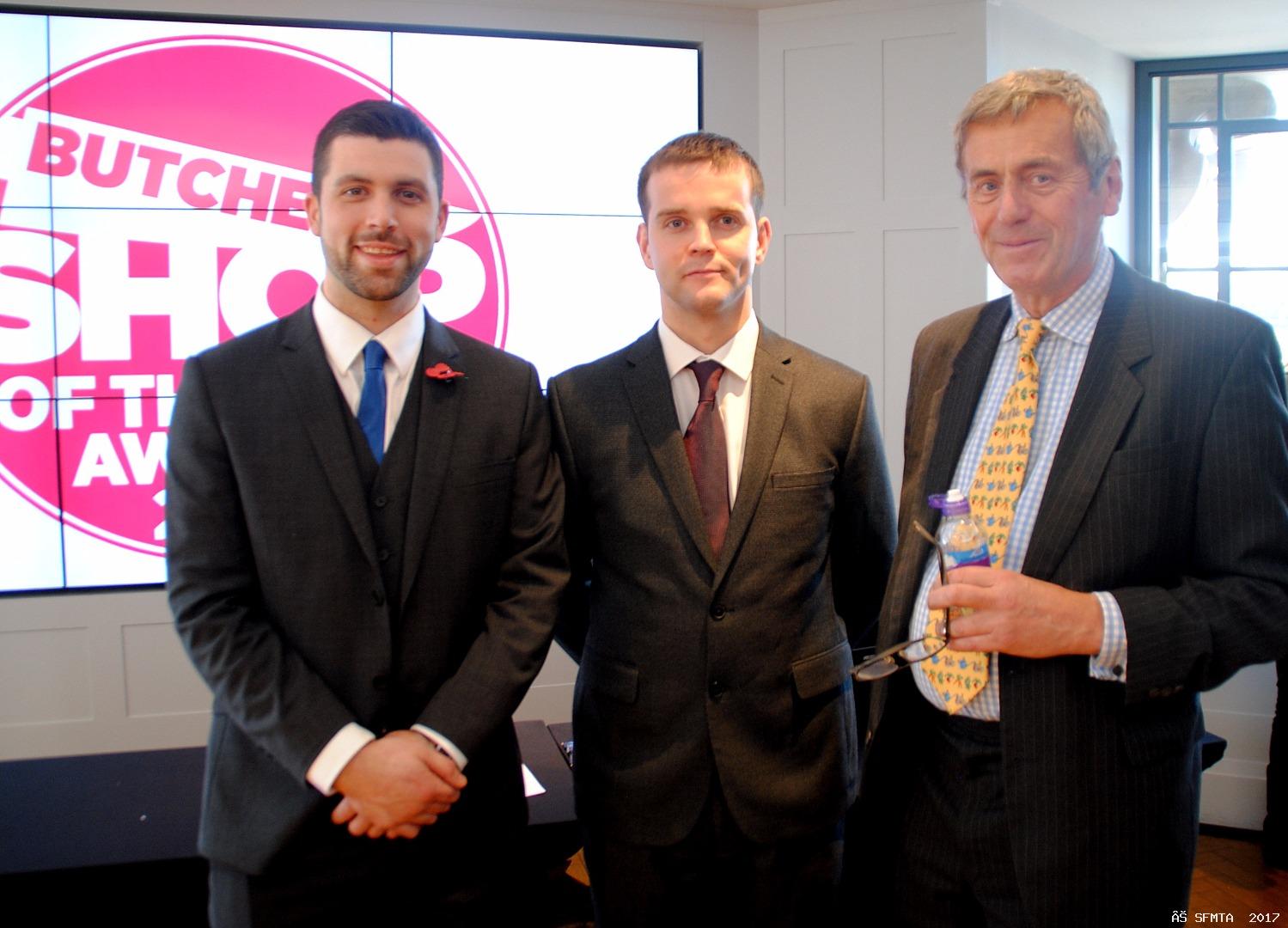 Innovation of the Year 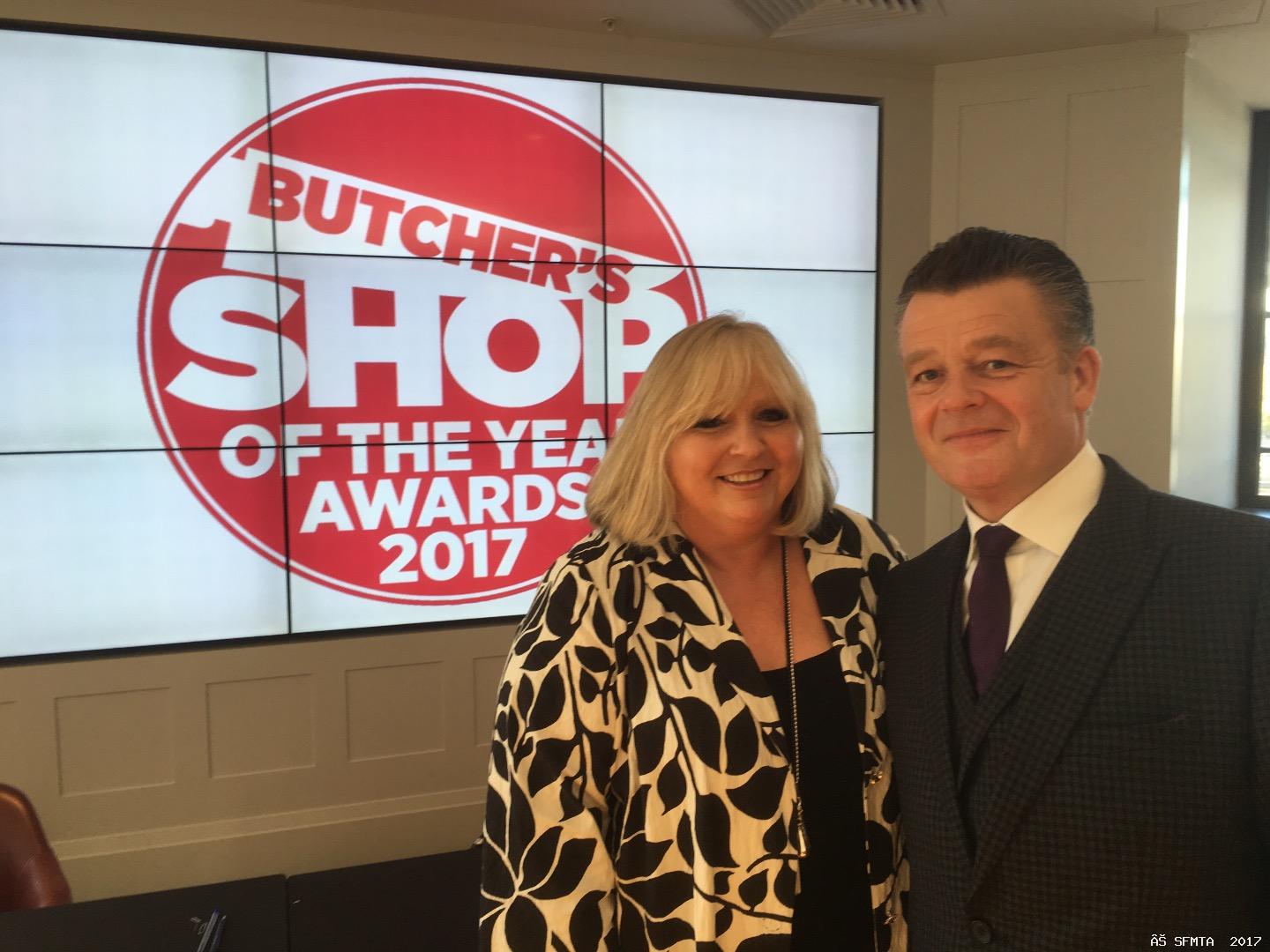 Hunters of Kinross (pictured above) were finalists in this category for their local defibrillator project, pipped by the winner Block & Bottle, Gateshead for its unique retail approach. 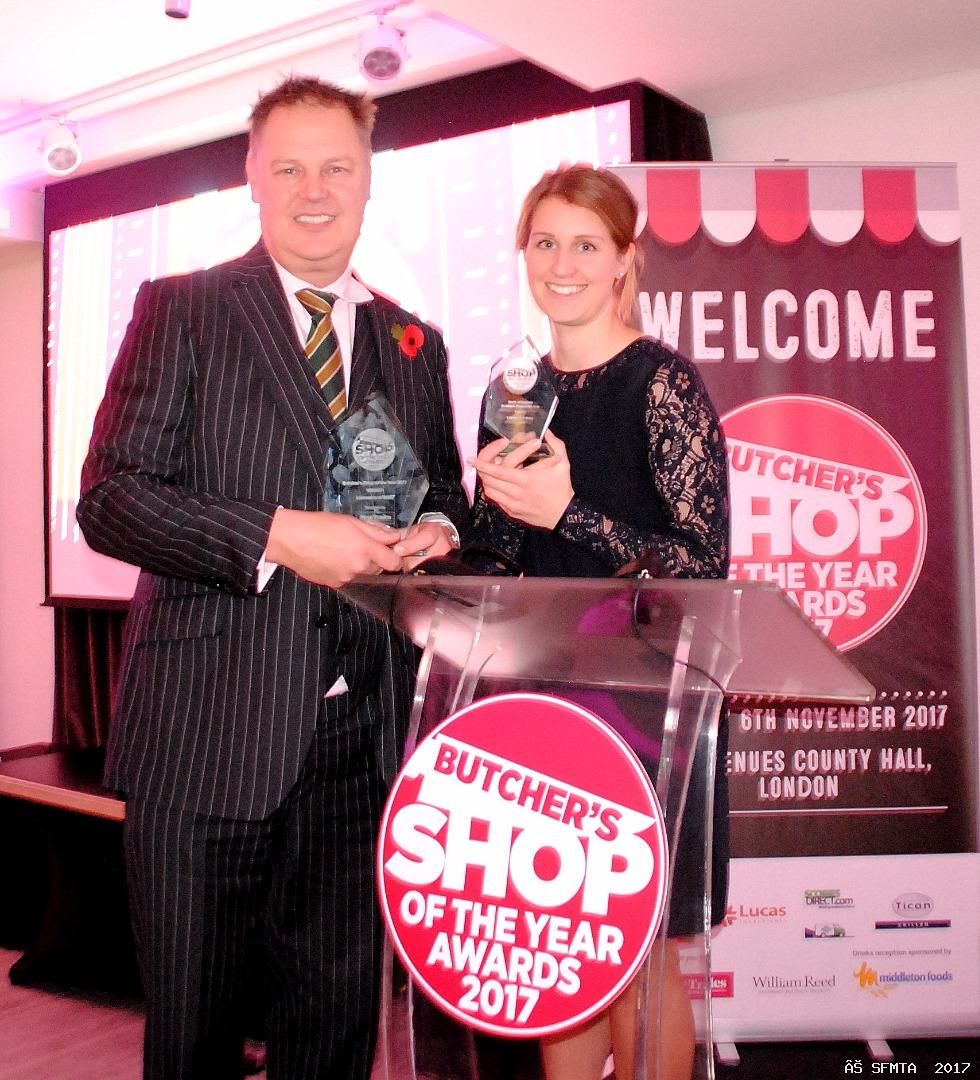 The title of UK Butchers Shop of the Year went to Lishmans of Ilkley. (pictured above)