The country`s butchers went to war at the weekend in one of the industry`s most fiercely contested competitions.

A trio of Scottish butchers have proved they’re a cut above after being crowned champions of the inaugural Scottish Butchers Wars, run by Scottish Craft Butchers and sponsored by Scotch Lamb PGI.

The ‘steaks’ were high during the final, which brought together some of Scotland’s top butchers. Taking home top honours in the singles competition was Barry Green from Cairngorm Butchers at Grantown-on-Spey, while Steven Cusack and Hamish Jones from Davidsons Specialist Butcher based in the company`s Inverurie and Elgin shops lifted the pairs title.

The competition, which took place at the Scottish Craft Butchers Trade Fair in Perth, included a tense 45-minute challenge to break down a half saddle of Specially Selected Pork and a half Scotch Lamb to create a show-stopping display.

After a 9-year absence from the competitive stage, former Junior and Senior Scottish Butcher of the Year, 40-year-old Barry Green described his comeback as like "the Tiger Woods of the butchers industry".

"I`m absolutely ecstatic, to win the first ever Scottish Butchers Wars title shows the old boy has still got it!

"It`s the toughest contest I`ve ever taken part in and I was really pushed to get through everything on time. The competition was really stiff - these guys are the best in the business - and I`m just so thrilled to lift the title."

THE CHALLENGERS SINGLES - HEAT ONE 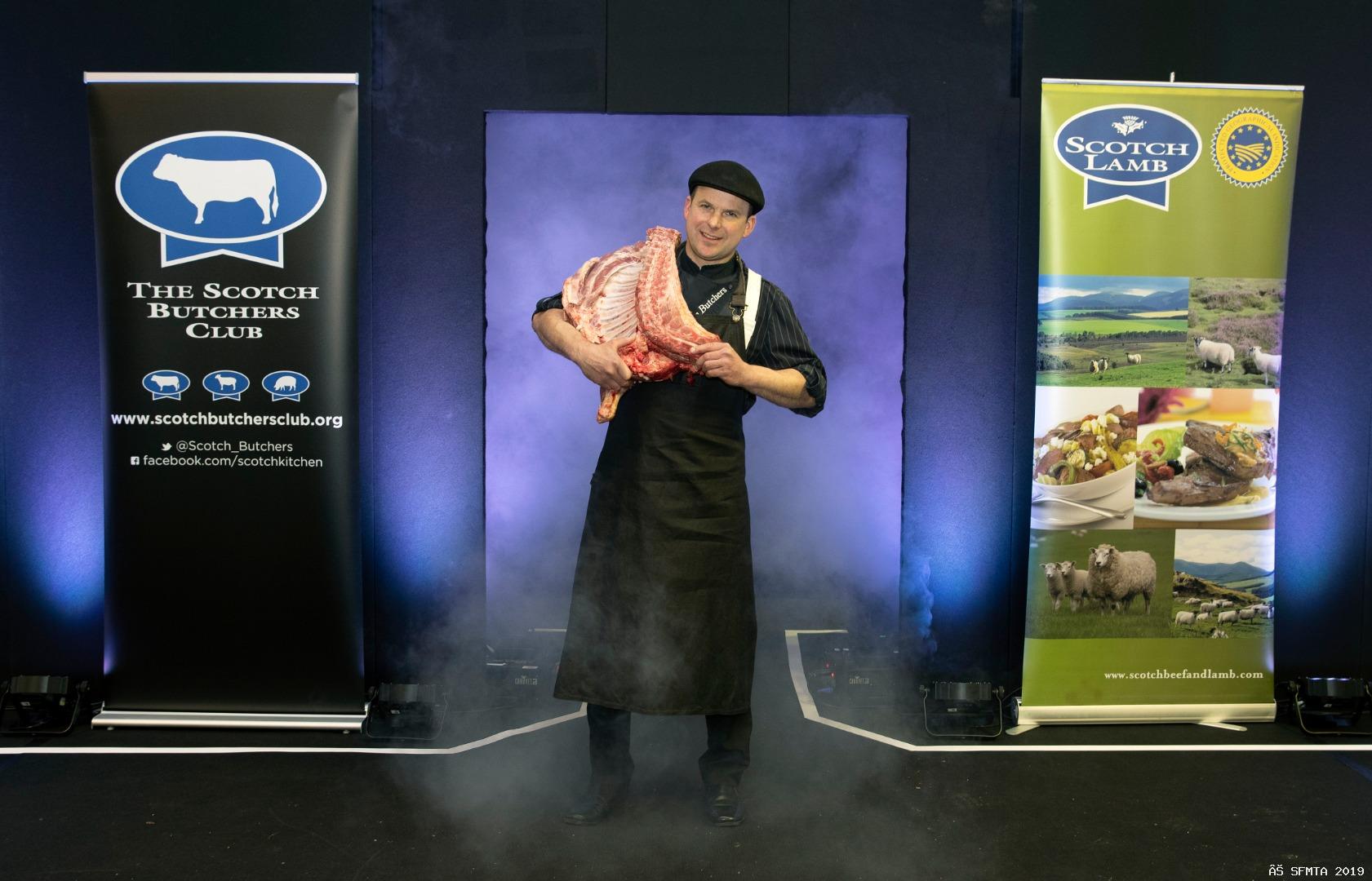 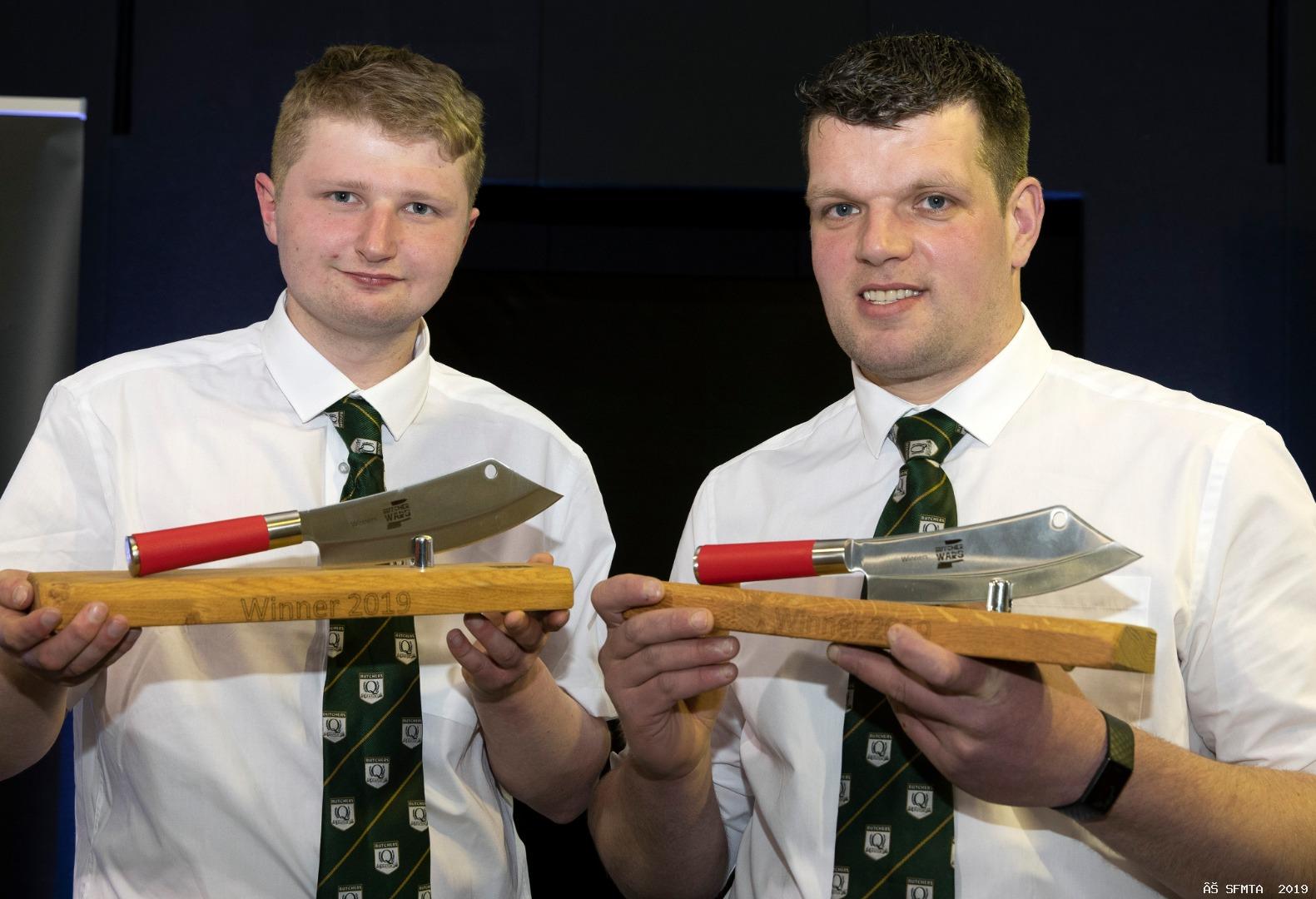 Triumphant pairs champions Steven (32) and Hamish (20) entered the Butchers Wars to gain experience on a national competition stage and were "over the moon" to emerge victorious.
"It`s an amazing achievement," they agreed. "We`re delighted. This is a great accolade to take back to the North East."

"I pestered Steven to enter us so that I could learn more about the trade," said Hamish. "He`s glad I did now!" 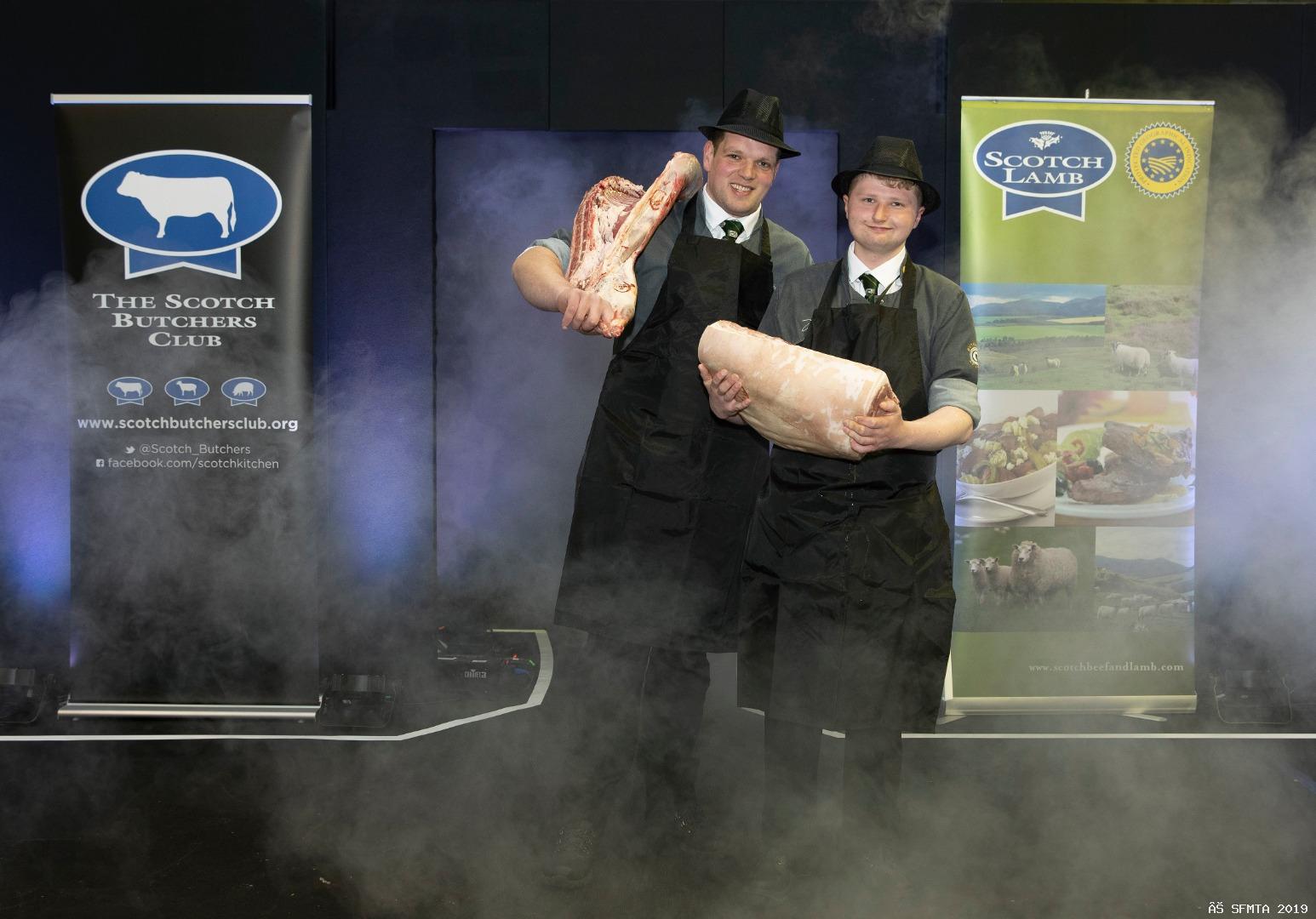 THE CHALLENGERS PAIRS - HEAT ONE

Many thanks to all our sponsors and AV Dept for enabling this event to be staged to such a high level.

Judging criteria included the butchers’ appearance, final appearance of their display, creativity, technique and speed wastage as well as food safety and health and safety.

Alan Clarke, Quality Meat Scotland’s Chief Executive, said: “Scotland is home to a huge amount of talented, innovative and dedicated butchers, and with the Scottish Butchers Wars highlighting all of these skills in what was an electric competition.

“The competition added to the atmosphere of the Scottish Craft Butchers Trade Fair and encouraged the crowds to participate as each element of the butchery process was expertly showcased, with the winners each displaying a real understanding of Specially Selected Pork and Scotch Lamb cuts – brands which are underpinned by quality assurance and high welfare standards.”

"Butchers Wars are a feature in Australia and New Zealand but this is the first time they have been staged in any other country," he said. "We put on a show that combined all the skill, innovation and passion of some of the country`s leading butchers with theatre and showmanship and the result was fantastic. It was quite a show and everyone has loved being a part of it."

Renowned international judge Keith Fisher headed up the day`s judging team, praising the standard of skill and innovation on display.

"I judge competitions all over the world and it is always a pleasure to see the highly skilled butchers of Scotland in action. The Butchers Wars have brought out the best in an impressive and exciting display to thrill both judges and audience and I am in no doubt that the future of Scotland`s local butchers is in safe hands after seeing them in action."