Aberdeenshire Butchers John Stewart have been crowned this year’s Scottish Beef Sliced Sausage Champions after winning the final judged on the Clyde coast.

As North of Scotland champions, John Stewart Quality Butchers Sausages were mystery shopped and tested against the champions purchased over the counter in the other four regions of Scotland. These sausages were from Jedburgh, Port Glasgow, Kinross and Dumfries and the final took place at the Seaview Café, Weymss Bay.

Andrew Grant of John Stewart`s Quality Butchers felt overwhelmed when he discovered that he would be presented with the Scottish Beef Sliced Sausage championship trophy. So what was the secret in perfecting the sliced sausage recipe?

"I source all my meat locally and if you buy quality beef you will make a quality product."

Andrew Grant was naturally unwilling to reveal the seasonings that clearly make a difference too. 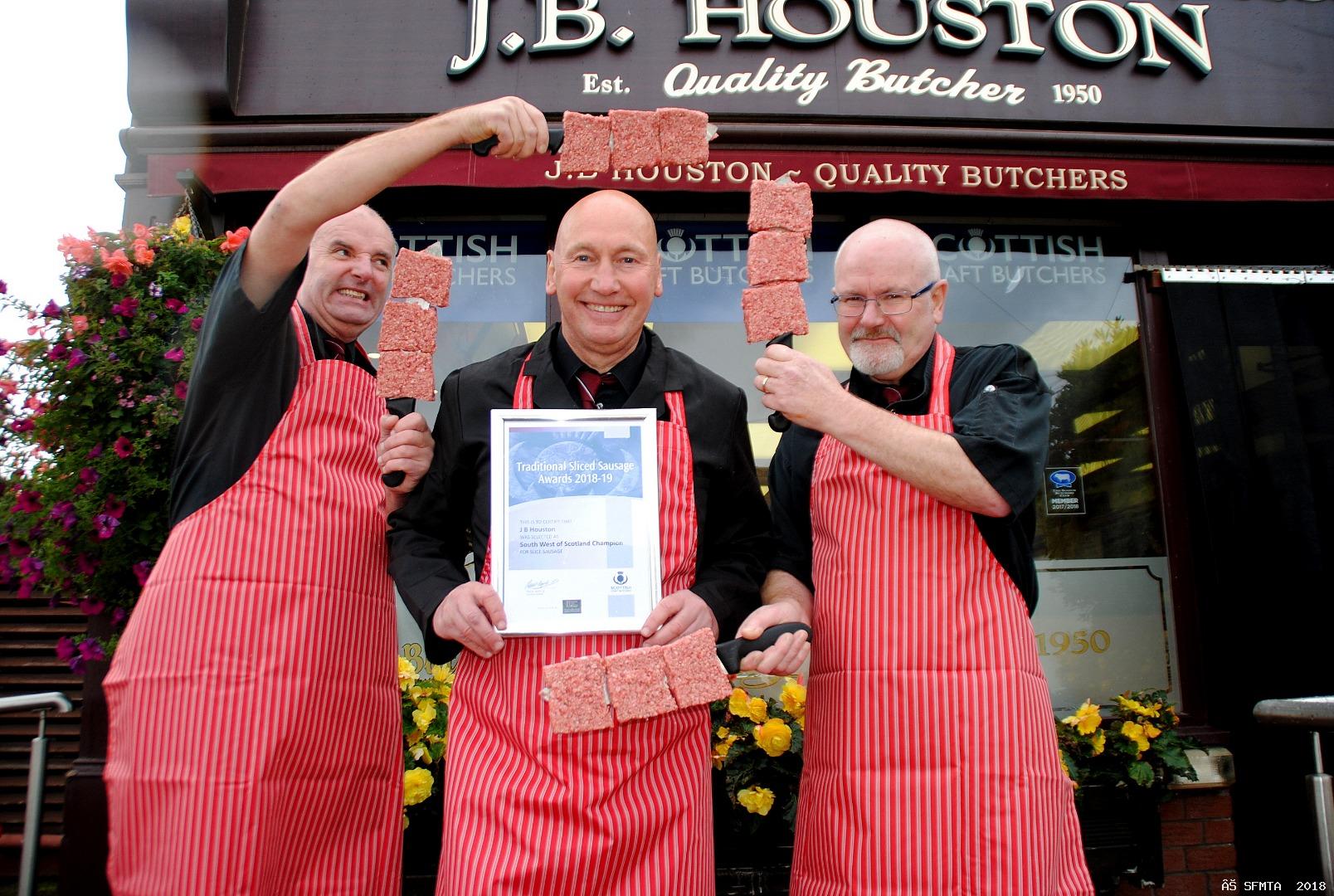 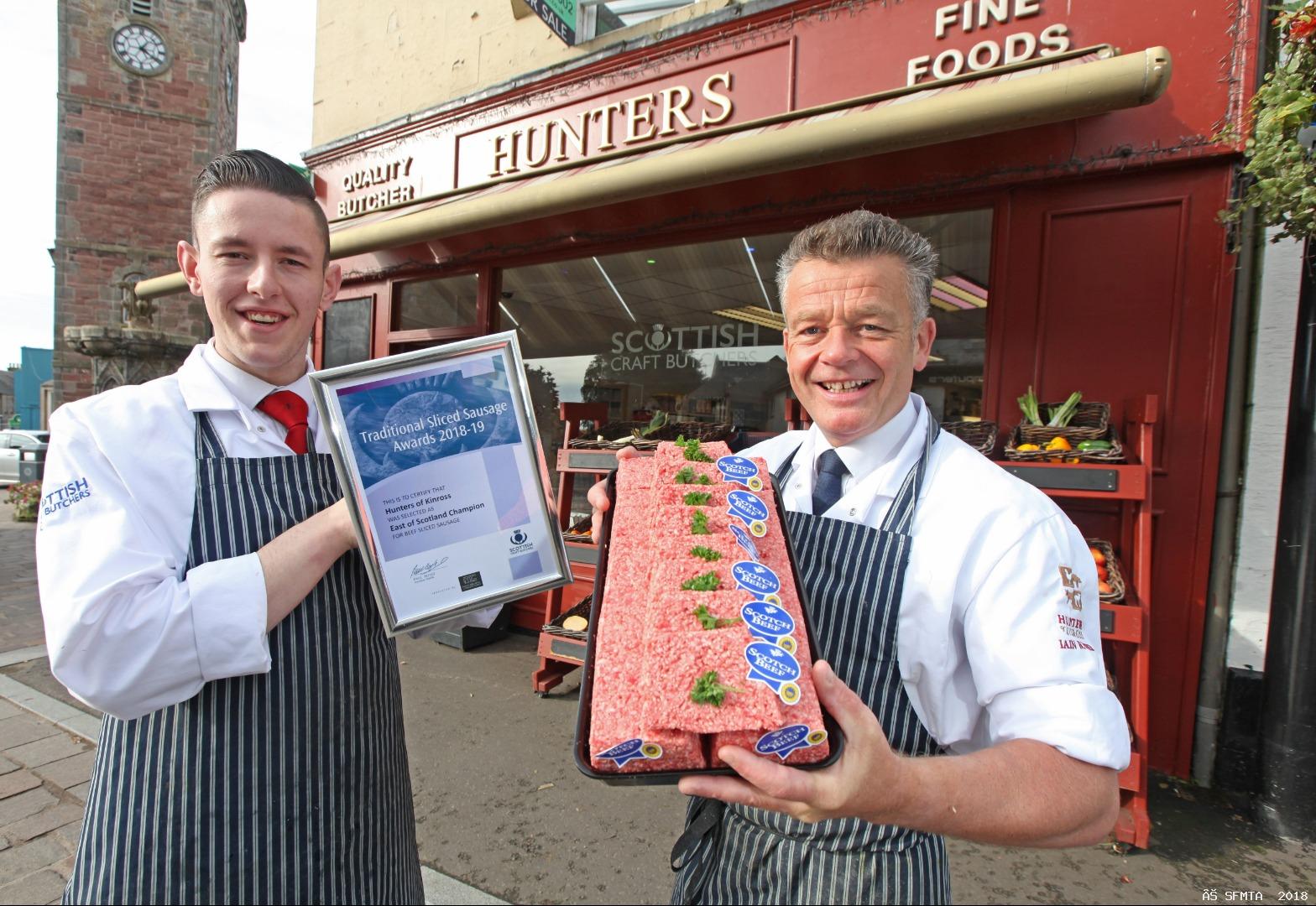 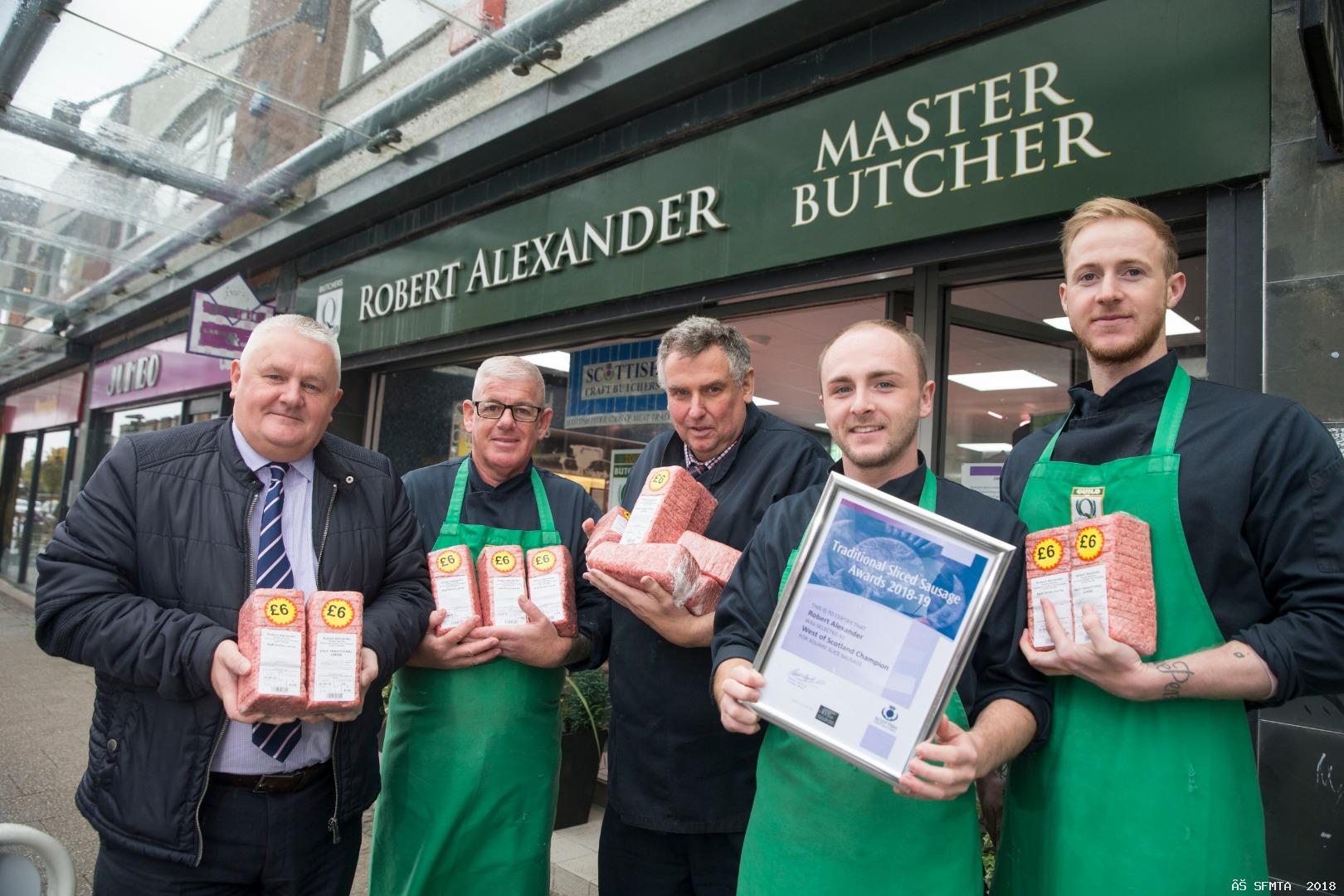 The seven judges in the final were chefs, butchers and foodies, one in the latter category of final judges Mr John Akroid said of the Banff winner and fellow finalists:-

“I thought all the finalists were excellent and would not have been disappointed with any on my plate but one did stand out for me and it is a lovely tasty sausage that looked fantastic and had a lovely taste. All the judges really enjoyed it, a clear winner but everyone worthy of being a finalist.

“The one that we were to later find out came from Banff, had a good balance of flavour that did not overwhelm the good beef. There was no shrinkage and it was a very meaty looking sausage.” 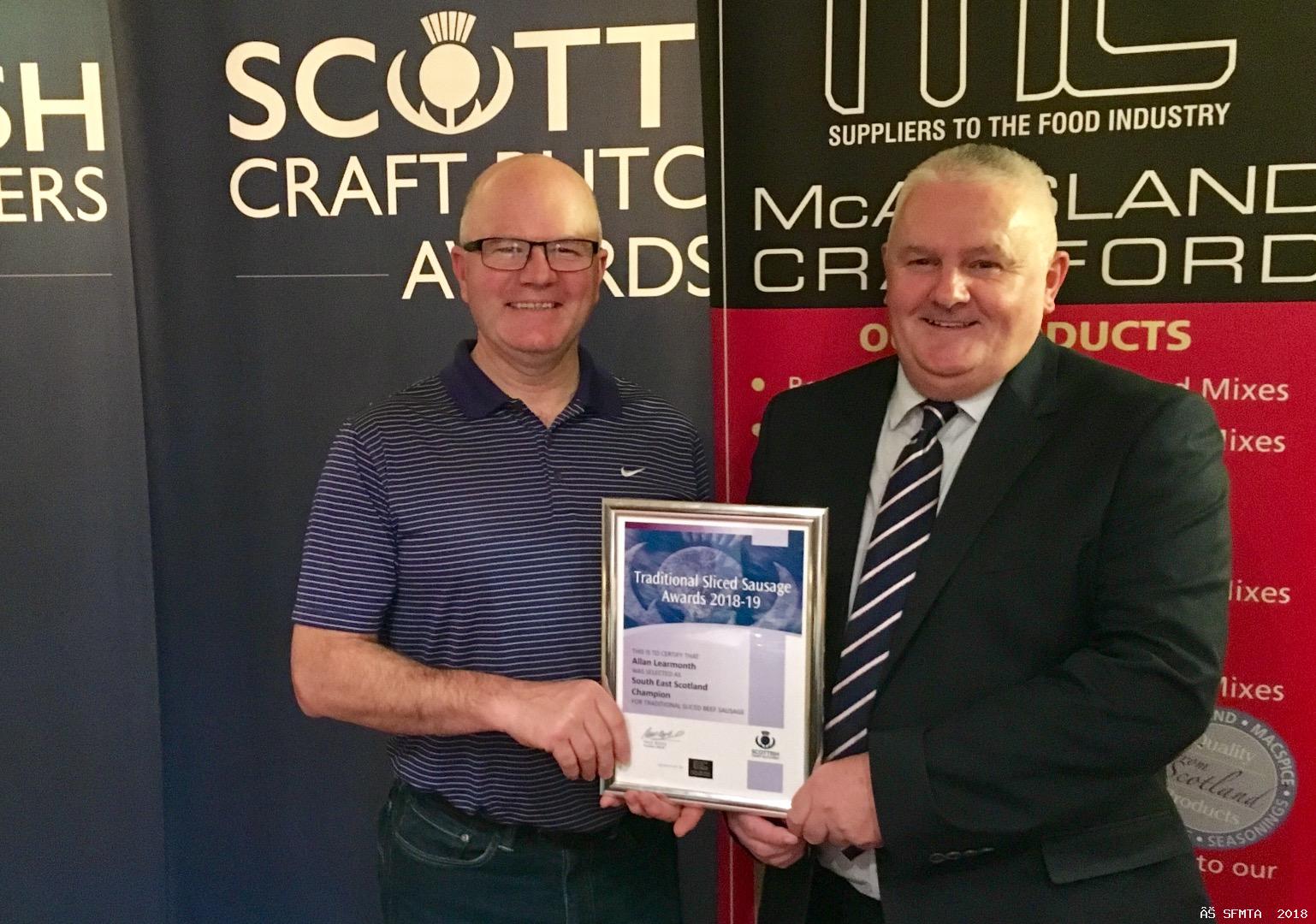 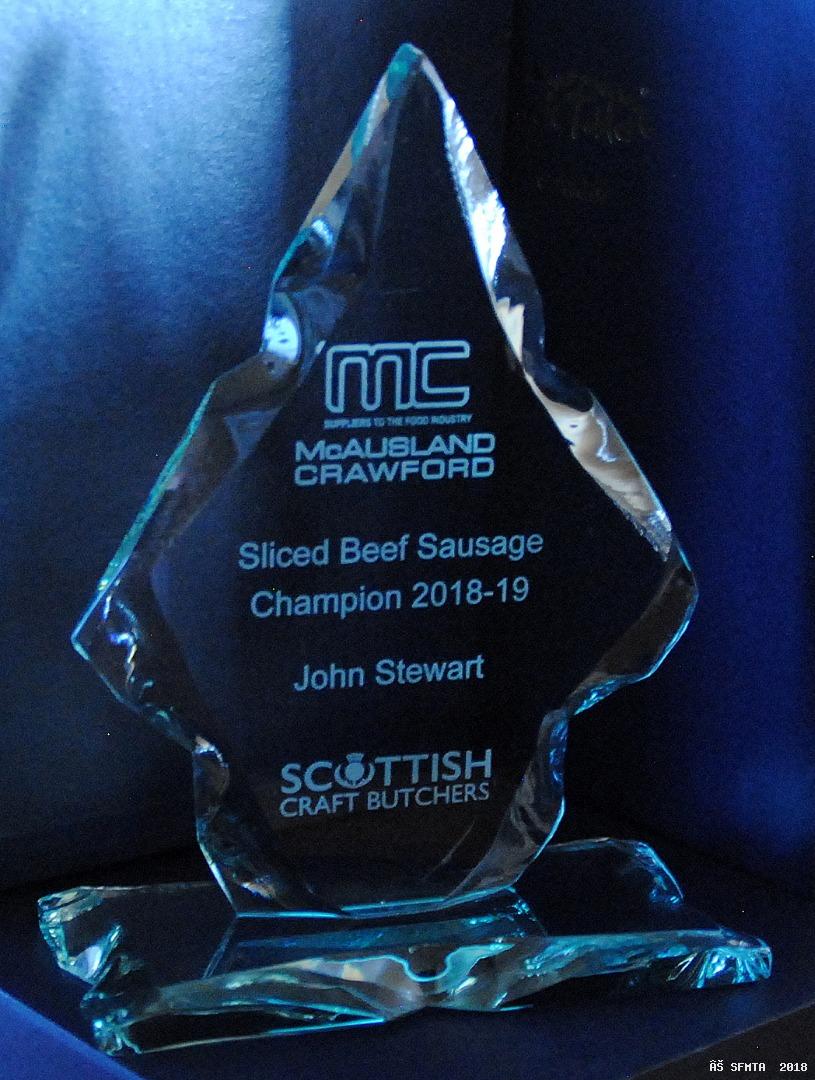