When the final of this year’s Scottish Black Pudding Championship was held earlier this month at the Edinburgh New Town Cook School, it was Anderson’s who came out proof of the pudding. As South East of Scotland champions Anderson’s represented the region at the 2018 Scottish Final and the North Berwick Black came out on top fighting off regional champions from the other four regions in Scotland.

Above: Ryan Anderson and staff are presented with the winner`s trophy from Fraser Mackay of contest sponsors Dalziel Ltd.

The Black Pudding from all the regional champions were purchased by mystery shoppers, these included puddings from Largs, Strathaven, Inverness and Kinross and then put to the test in a final cook off.

The panel of experts was led by Fiona Burrell, Principal at the Edinburgh New Town Cook School ably assisted by her staff members Kerri Pallister and Susie Henderson. The ladies chose Anderson’s as the best butcher’s Black Pudding in Scotland for 2018-2019. 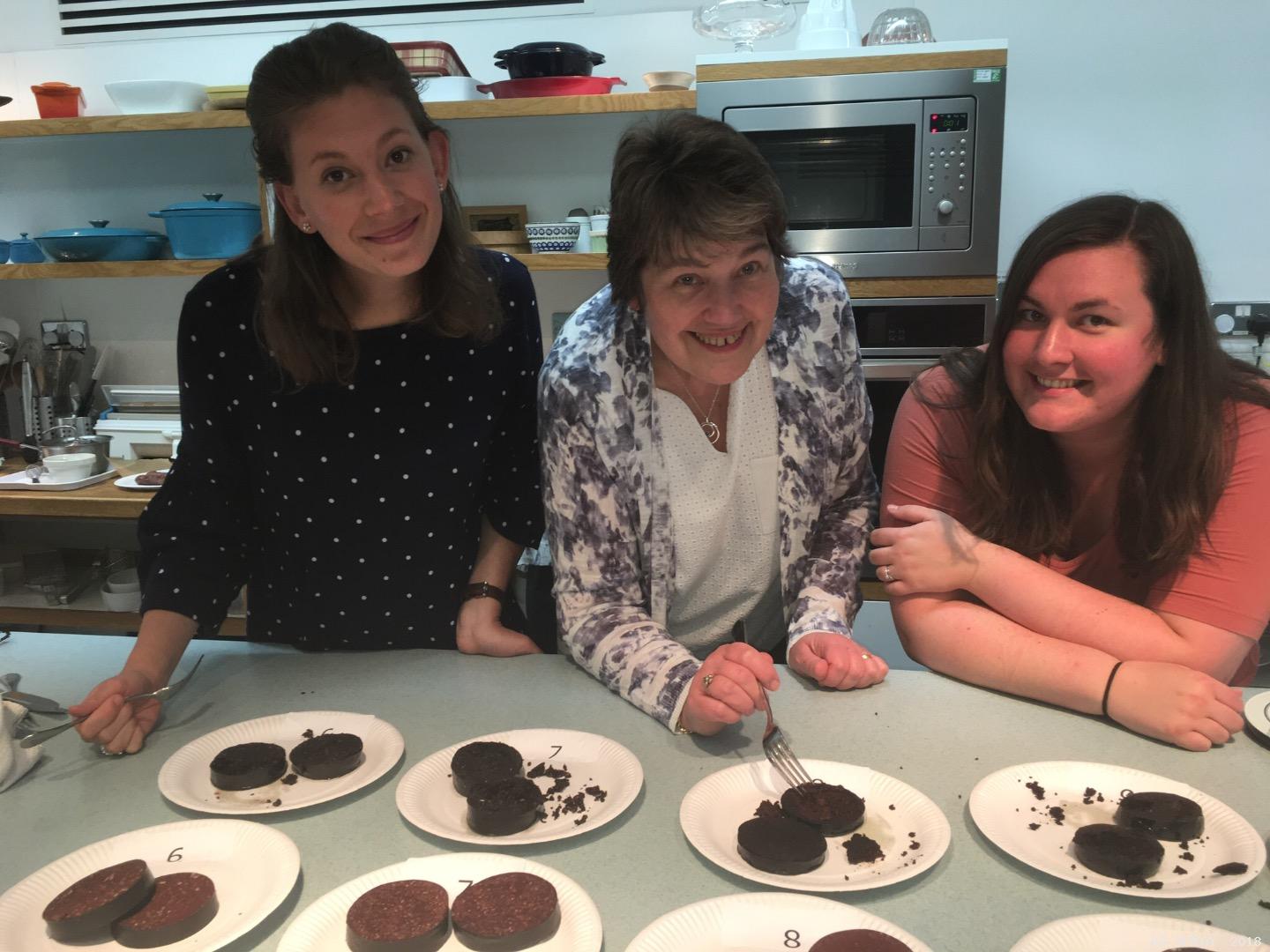 Black Pudding maker, Ryan Anderson was dumbfounded when he discovered that he had won. After several amazings and fantastics, Ryan calmed down to say a little about his success:-

“This is fantastic since this is the first time that we have entered the competition. We have only been making black pudding for about a year. When my cousin Martin Ramsay came to work with me he suggested that we make black pudding, it turned out not be such a problem as I had feared.

Above: Ryan Anderson is presented with the winner`s trophy from contest sponsors Dalziel Ltd.

“We played around with the recipe, did taste tests with customers and they now feel that it is much better than anything we sold before. It has proven very popular with customers even taking it abroad.”

Above: Martin, Ramsay, Ryan Anderson is presented with the winner`s trophy by Fraser Mackay from contest sponsors Dalziel Ltd.

“Butchers all over the country try to make the very best meat products. Speciality products can have customers going out of their way and making special journeys just to buy these products. Black Pudding more than most, has a cult like following and that is why to win this title is the ambition of almost every butcher who makes black pudding.

“Now even more, with this national confirmation of greatness, the North Berwick black will become much sought after.” 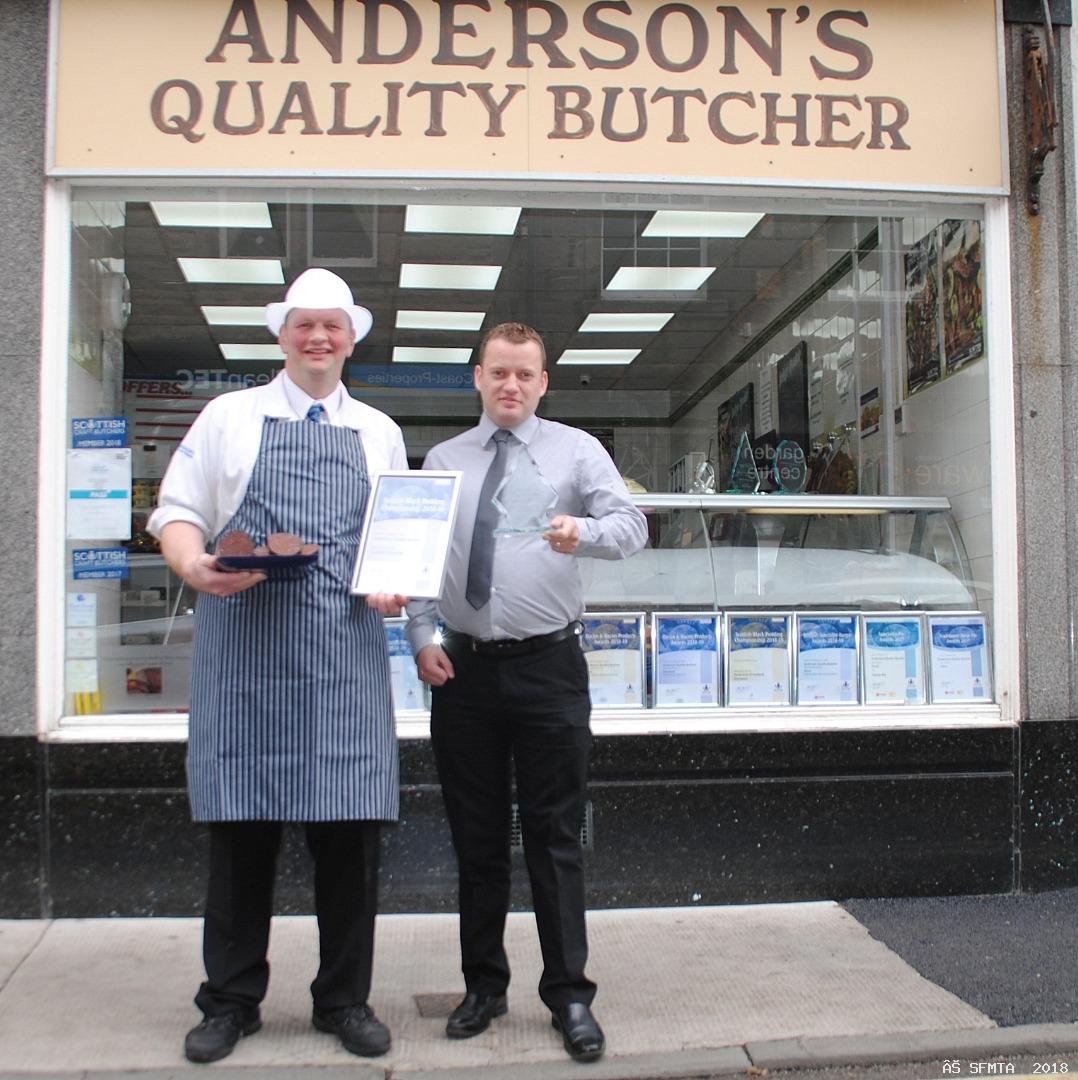