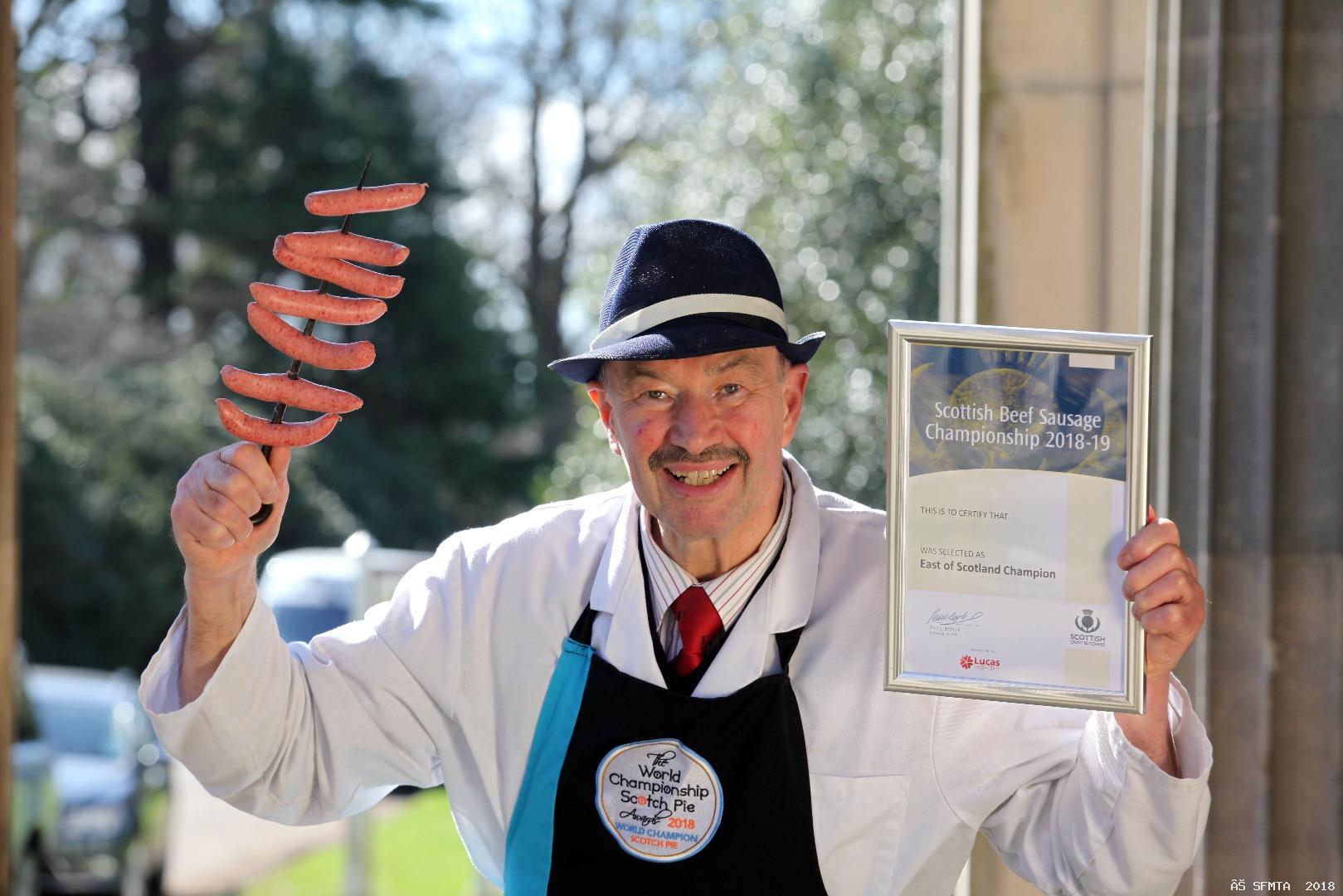 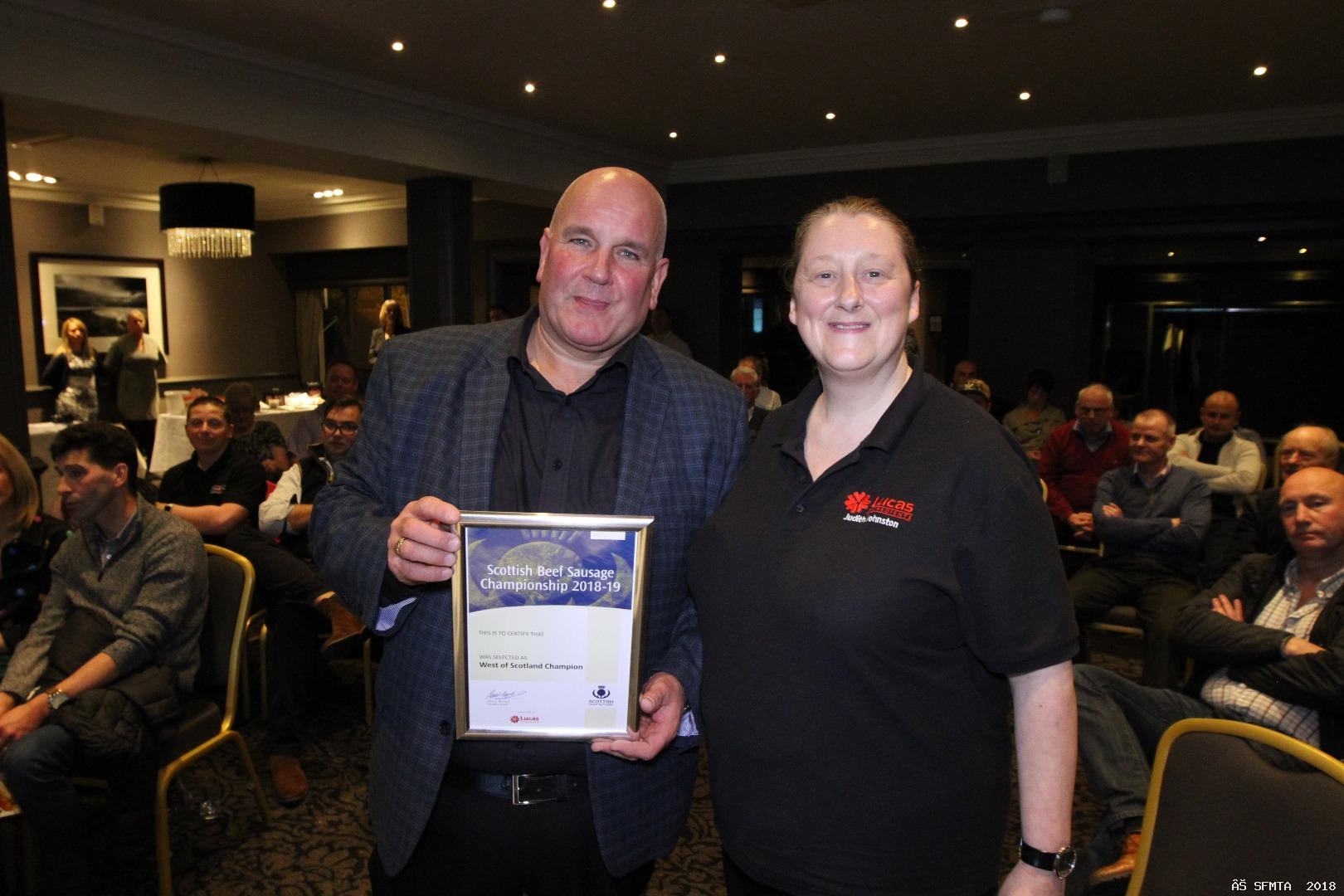 Winner of the West of Scotland regional heat was John Fleming, The Cross Butchers, Kilsyth 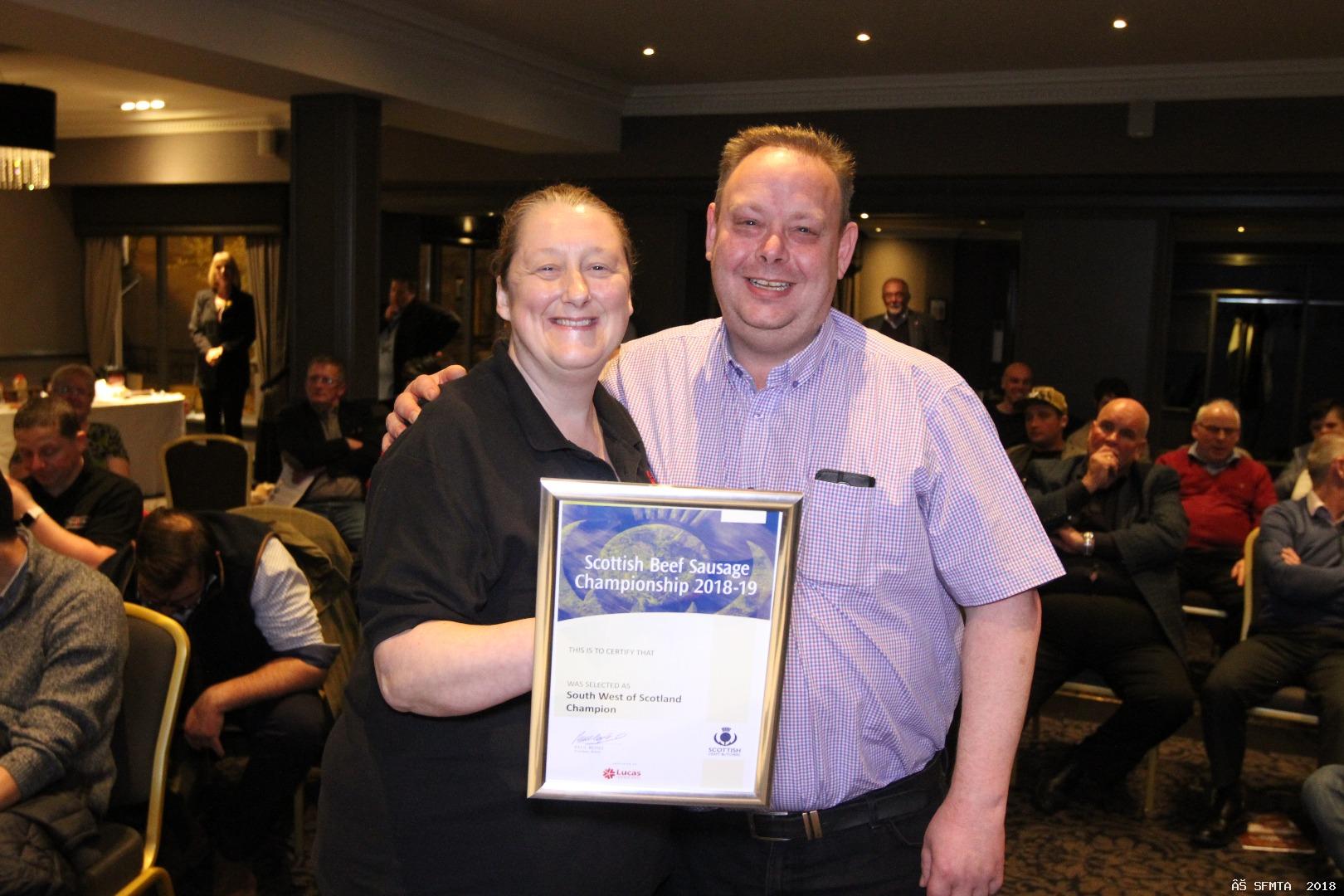 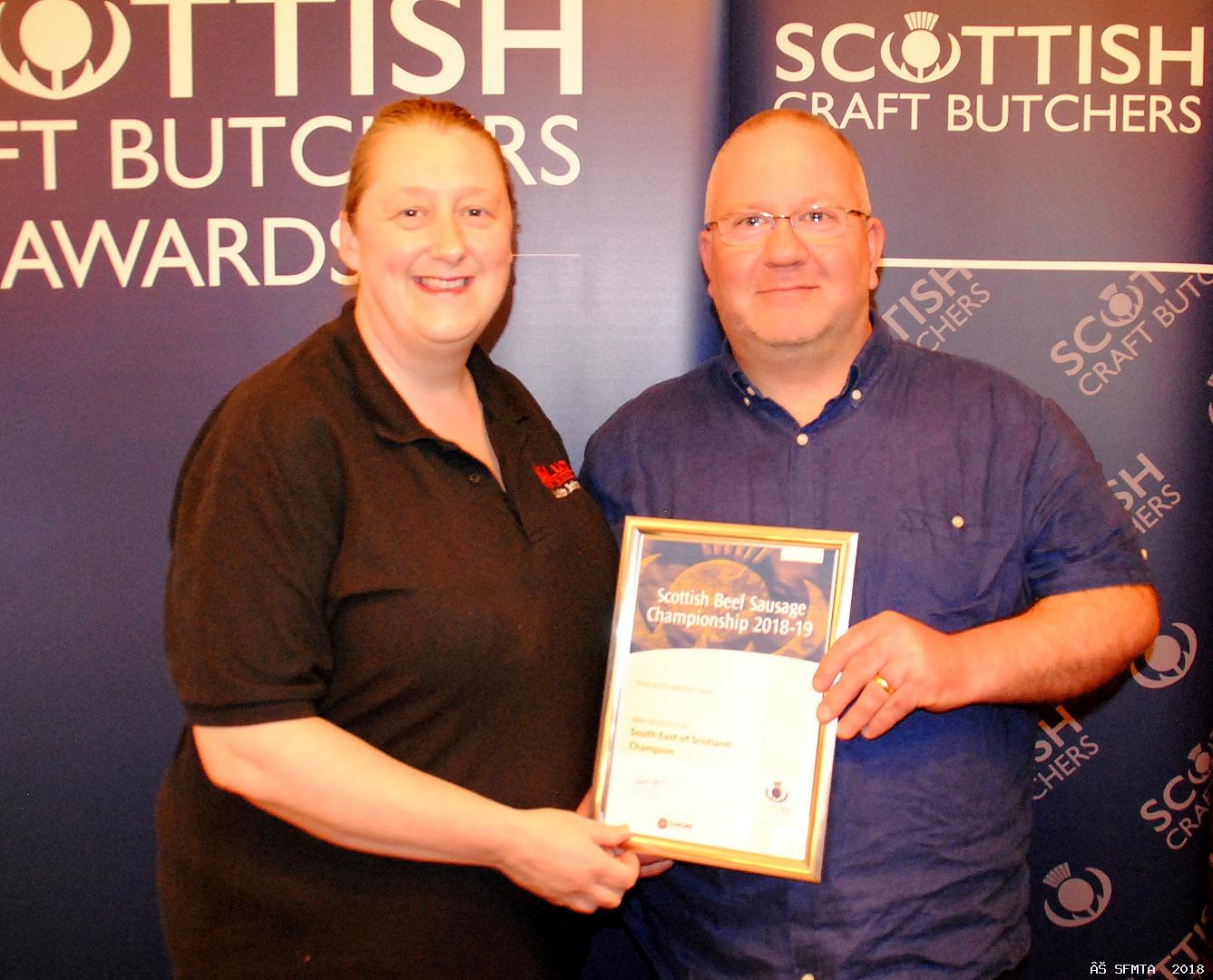 Next the Beef Sausages will be purchased by a mystery shopper and tested against the champions from the five regions of Scotland. These include sausages from Newtyle, Dalbeattie, Culloden, Kilsyth and Port Seton. A panel of experts will then decide who has the best butcher’s Beef Sausages in Scotland for 2018.