Results of the product evaluation held at the Stirling Campus of Forth Valley College on Friday 11th August. . Regional champions were subsequently mystery shopped and the sensory panel at Abertay University were asked to judge the final. They decided the overall Scottish Champion should be awarded to the Steak Pie purchased at James Anderson butchers in Leith.

John Henderson of James Anderson was stunned and amazed when he discovered that he had won the top award. He said:-

“We have not done anything different, we have been using the same recipe for years. I have never changed the recipe, the gravy mix or the cooking method. It is the first time that we have entered any competition and I am delighted and particularly delighted for the staff who have done the job properly.”

John Henderson is looking forward to promoting is pies in both his Leith shop and his other outlet that trades as Charles Wilson in Corstorphine. 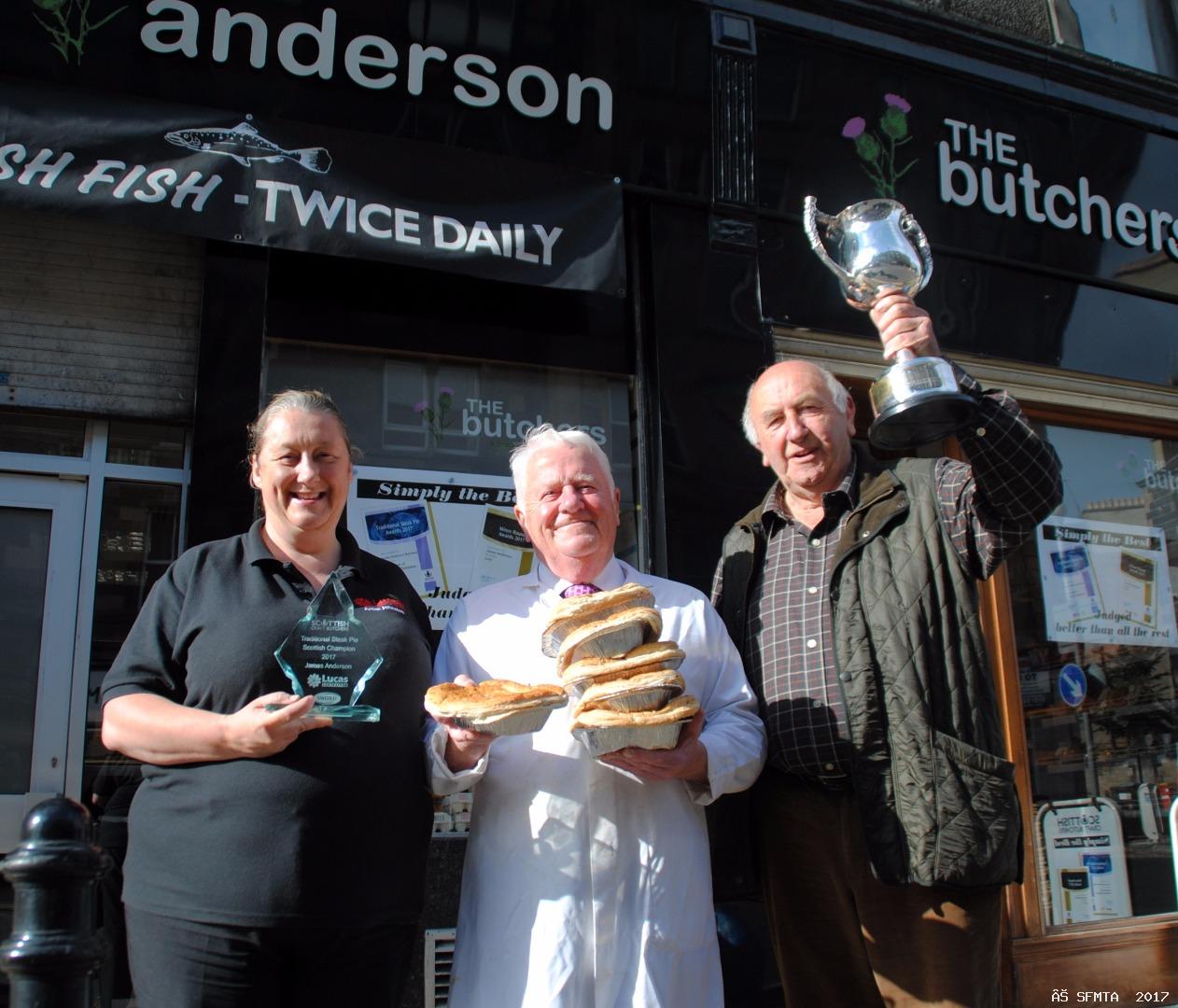 “We were impressed by the entries to this year’s Steak Pie competition, the qualities of the finalists were above what we expected, the scores were close, and in fact it was so close that we spent some time afterwards discussing the different products. However there has to be one winner.

"We felt that the crumbly texture of the pastry was a perfect attribute to this product, crisp but not dry or oily. The winning factor for us was the succulent nature and quality of the steak within the pie, including the steak to gravy ratio. We felt this pie reflected well on one of Scotland’s national dishes and we encourage all consumers to try this product.” 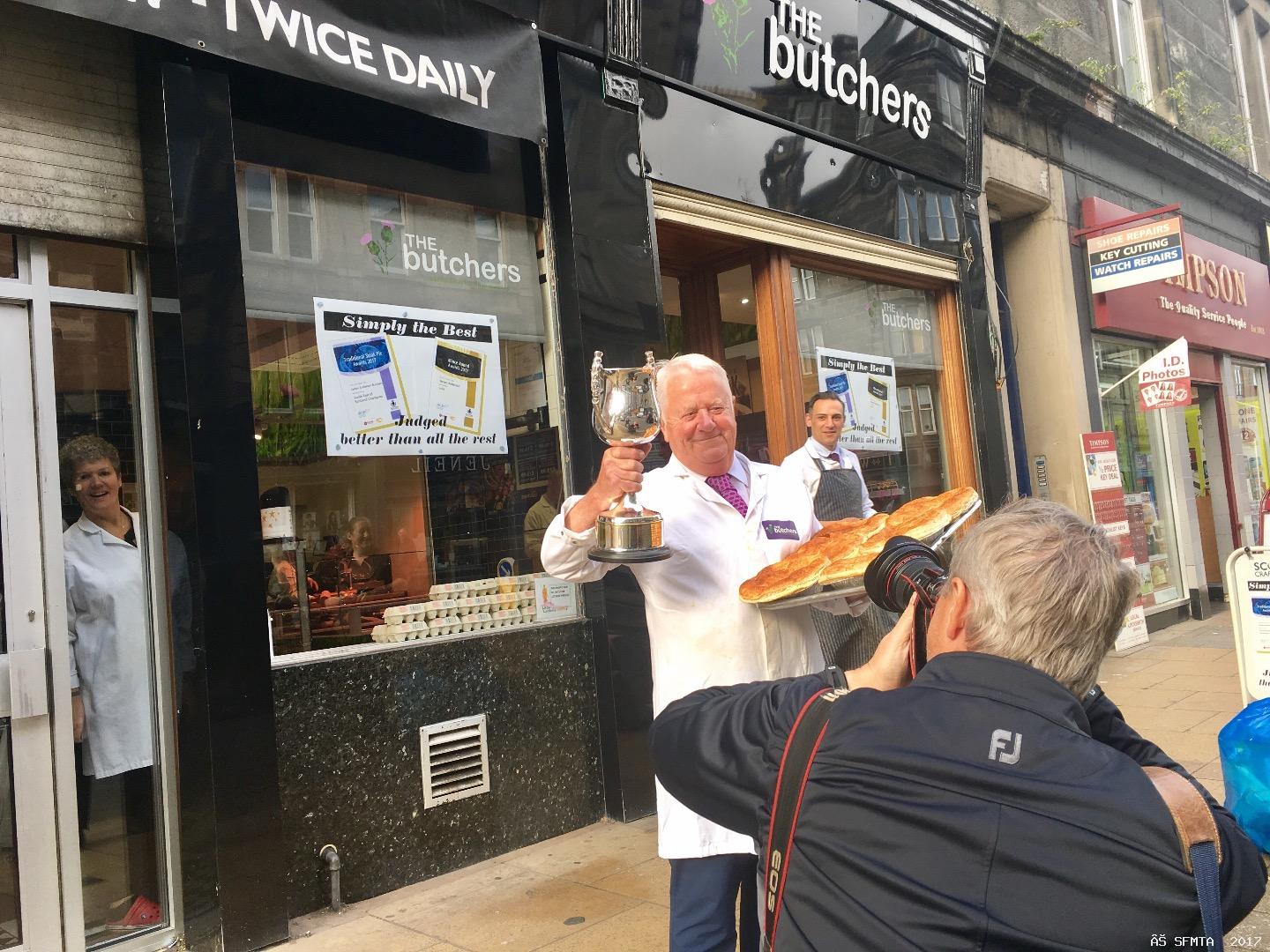 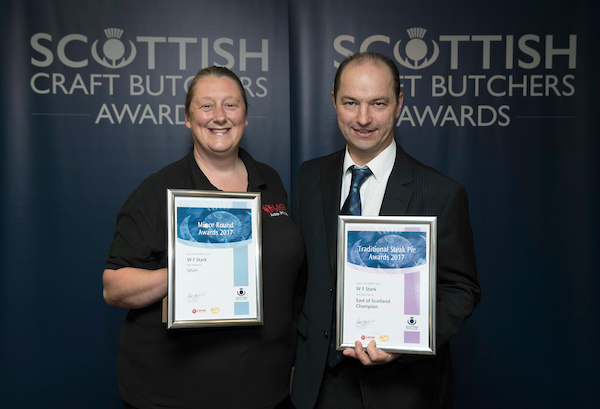 Above: East of Scotland winner, Amos Smith from WF Stark in Buckhaven receiving his award from Judith Johnston of contest sponsors Lucas Ingredients 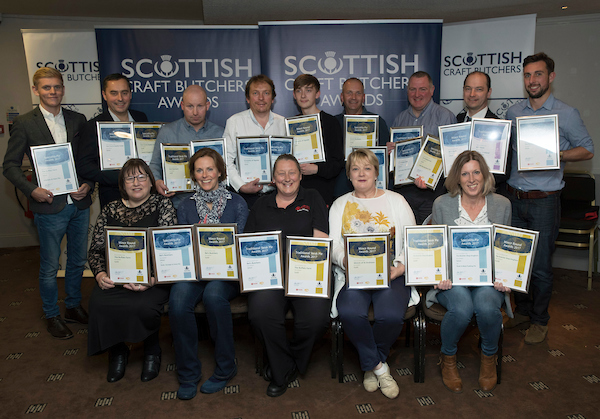