Gregor MacKinnon said that it had been a very difficult decision, "in the end it came down to three that we all agreed on. The winner`s flavour and texture swung it for me."

John Parker said that "it was very close but we have a worthy winner." 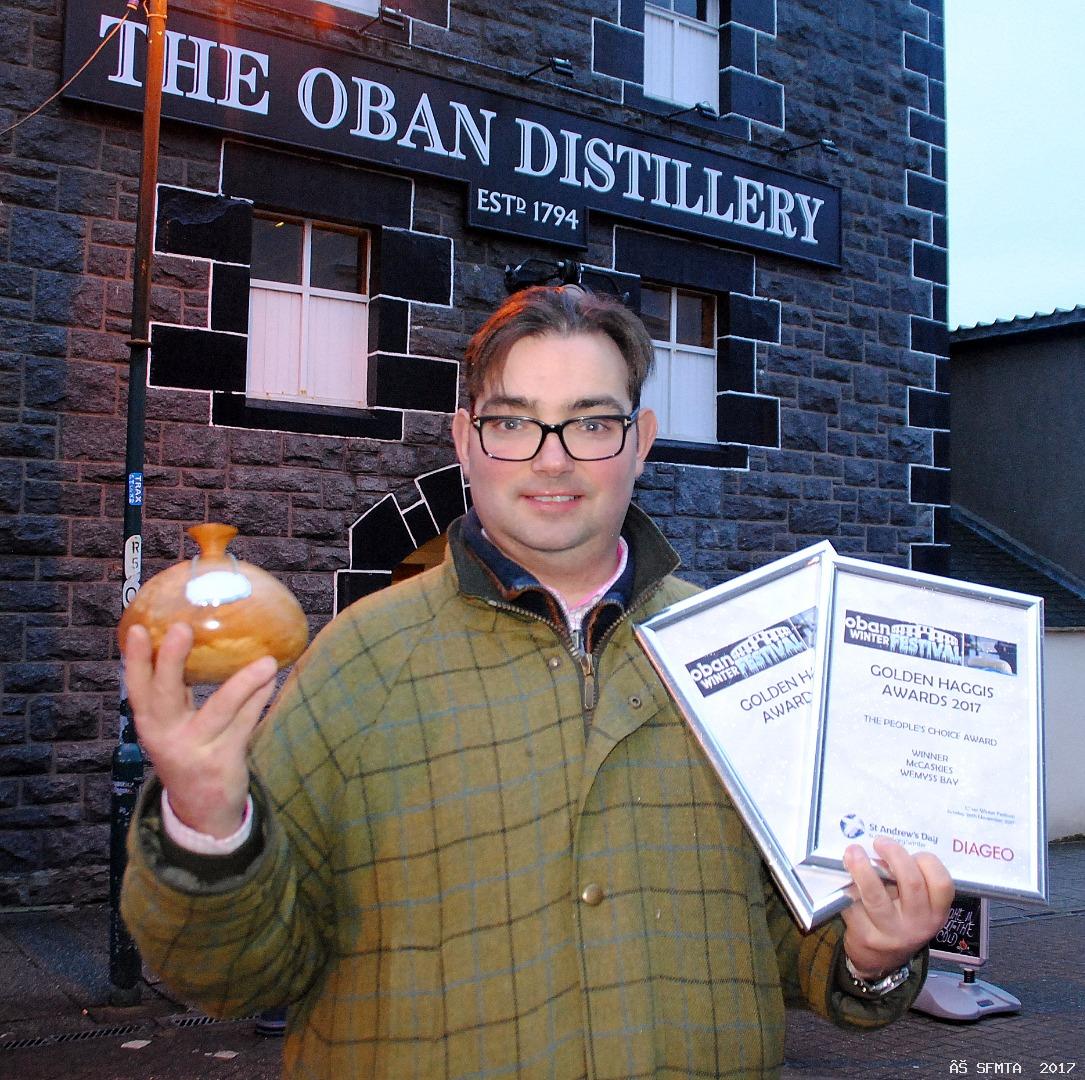 Winner of the People`s Choice at the Golden Haggis Awards for the second successive year.was McCaskies of Wemyss Bay. 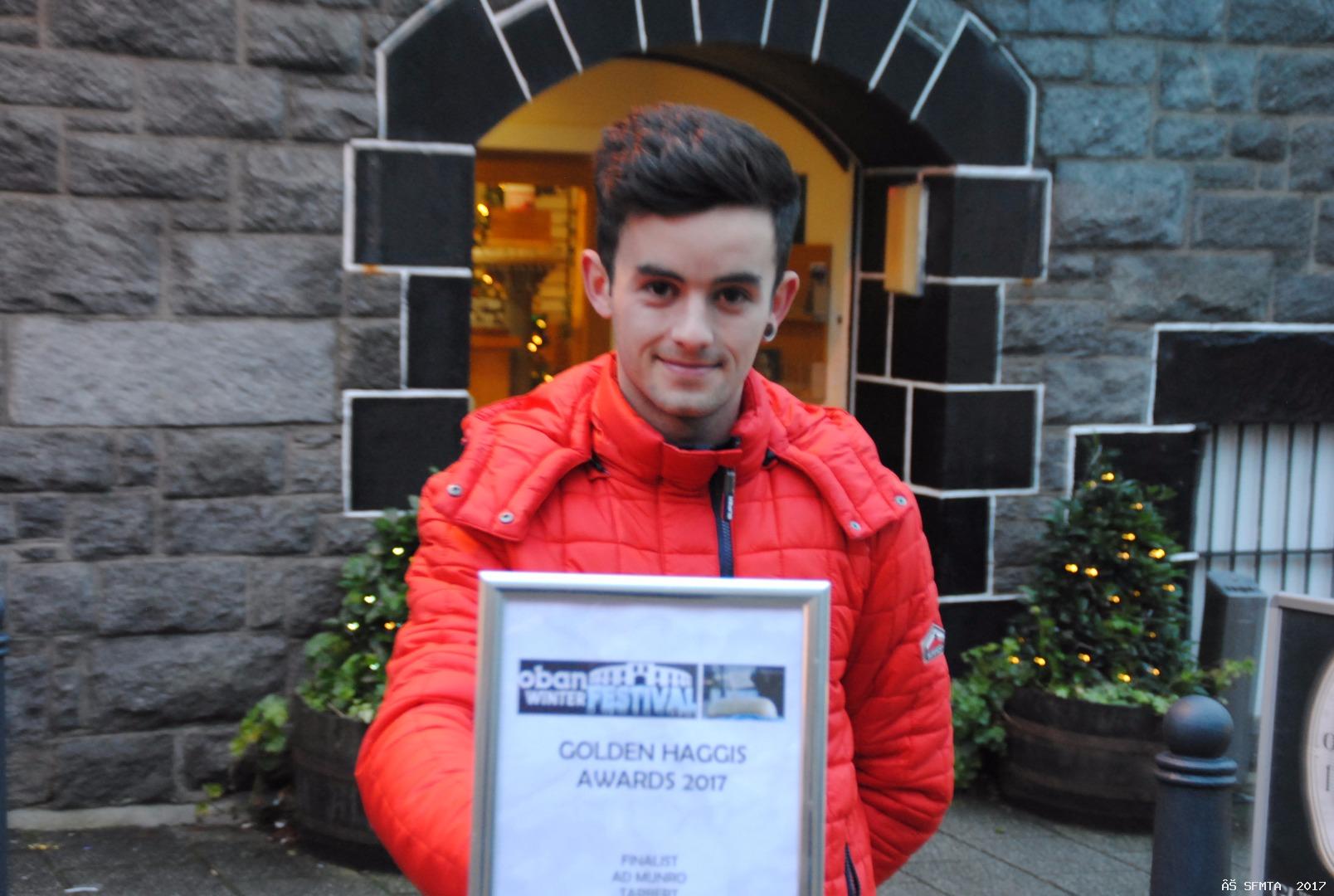 Above: Scott from AD Munro in Tarbert, Harris with his finalist award in the Golden Haggis Awards

Above: Mark Grant of Grants of Taynuilt a finalist in both the Golden Haggis Awards and the People`s Choice