Above: David Langley of category sponsors, The Dalesman Group presents the trophy to John Fleming and Martin Shaw


Cross Butchers in Kilsyth’s Scotch pies have been voted the best in Scotland! Their tasty favourites have scooped a coveted Diamond Award in the Scottish Craft Butchers Savoury Pastry Products Awards 2017.

A very happy manager, John Fleming, said they were “thrilled” to be recognised in this meaty New Year honours list. Being judged the best Scotch pies in Scotland will turn the public focus on the local butchers and John said it was “an amazing achievement” for the four-strong close-knit staff to bring a national accolade to Kilsyth.

“We’re only a small one-shop operation but we work really hard to ensure our products are top quality,” he said. “This is a great achievement and just reward for the whole team.” 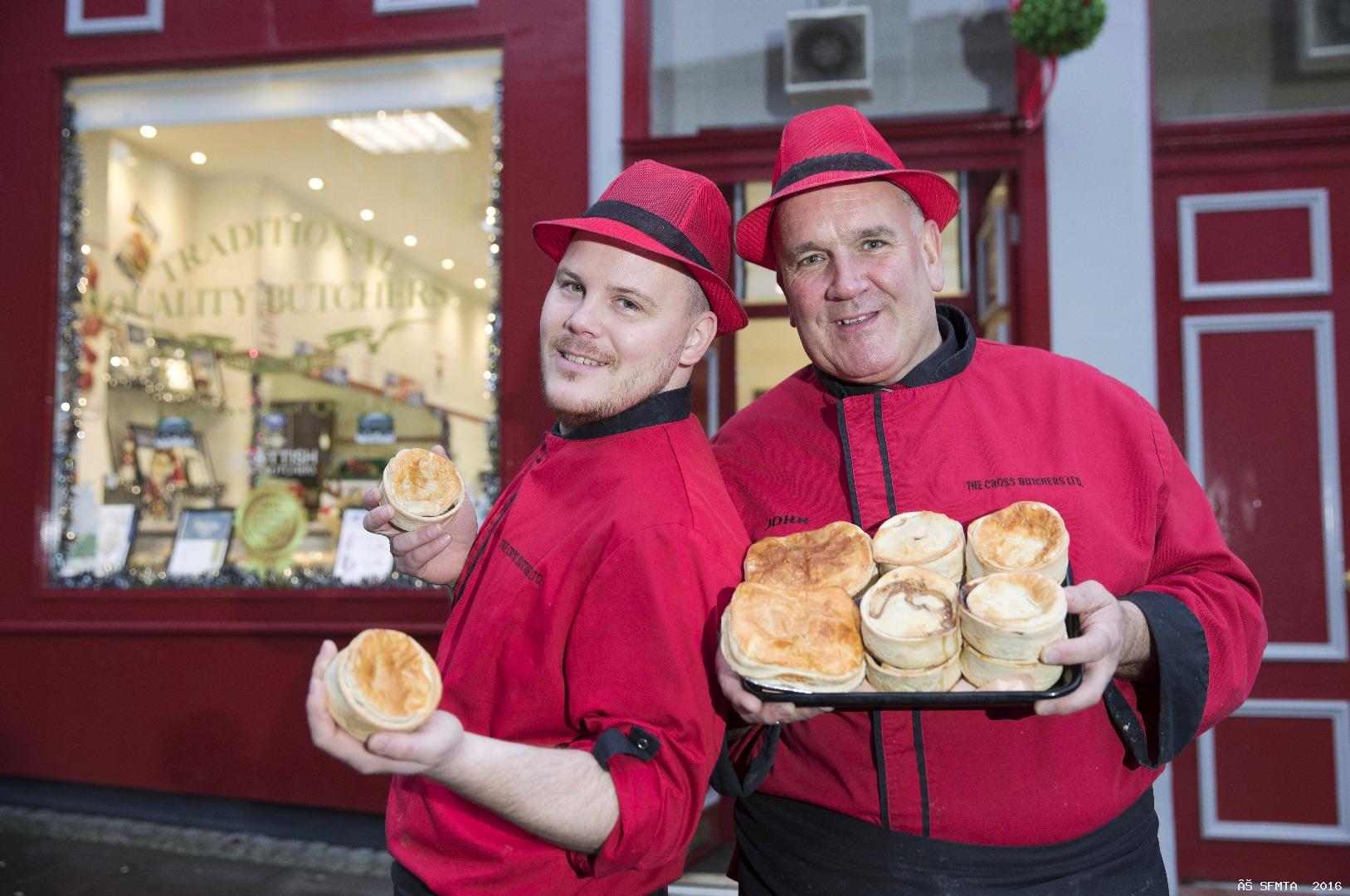 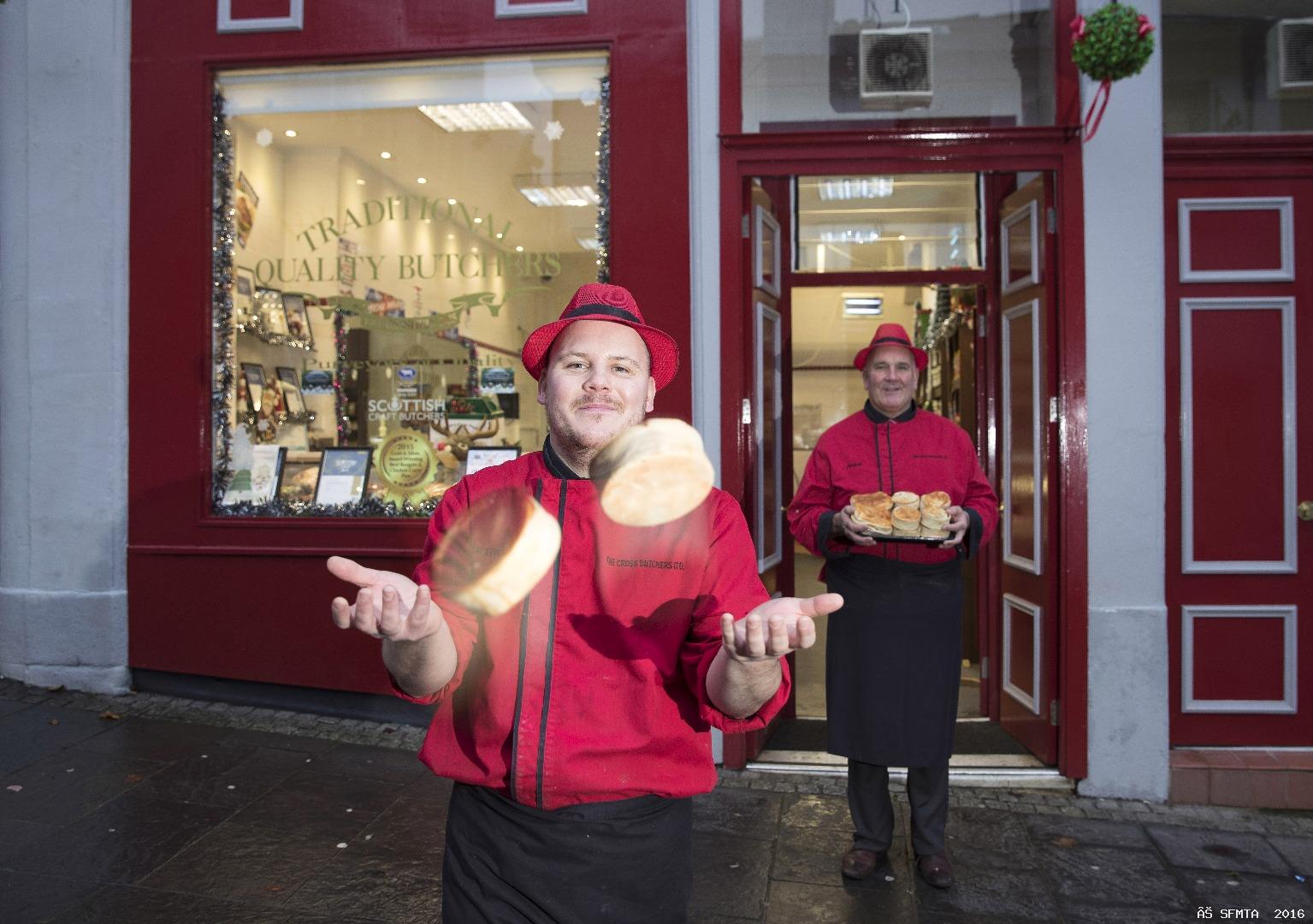 John Fleming has been manager at the popular award-winning butchers for the past eight years and, together with assistant manager Martin Shaw, comes up with the recipes that make their pies and meat pastries so popular.

“There’s no great secret to our pies,” he said. “Get the flavour, texture, pastry and filling right and ensure the quality of each is of the highest standard.” 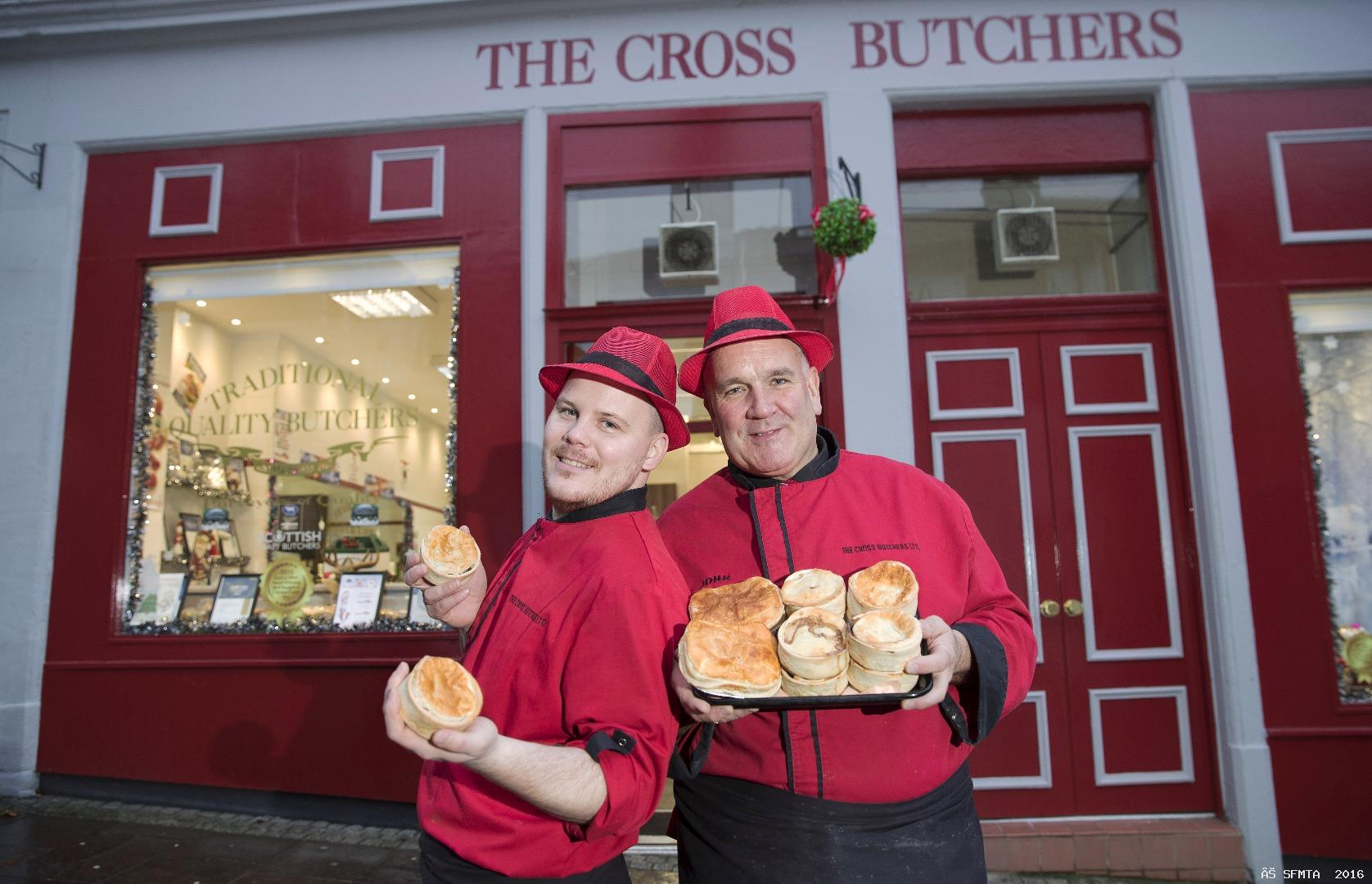 Cross Butcher’s customers have played their part in perfecting the tasty pastries.

“We produce what we like and then involve the customers in taste testing and take their feedback on board to tweak and perfect the final pie for production,” said John. “There’s no point in us dictating what they should like – it takes customer feedback to produce a winner.” 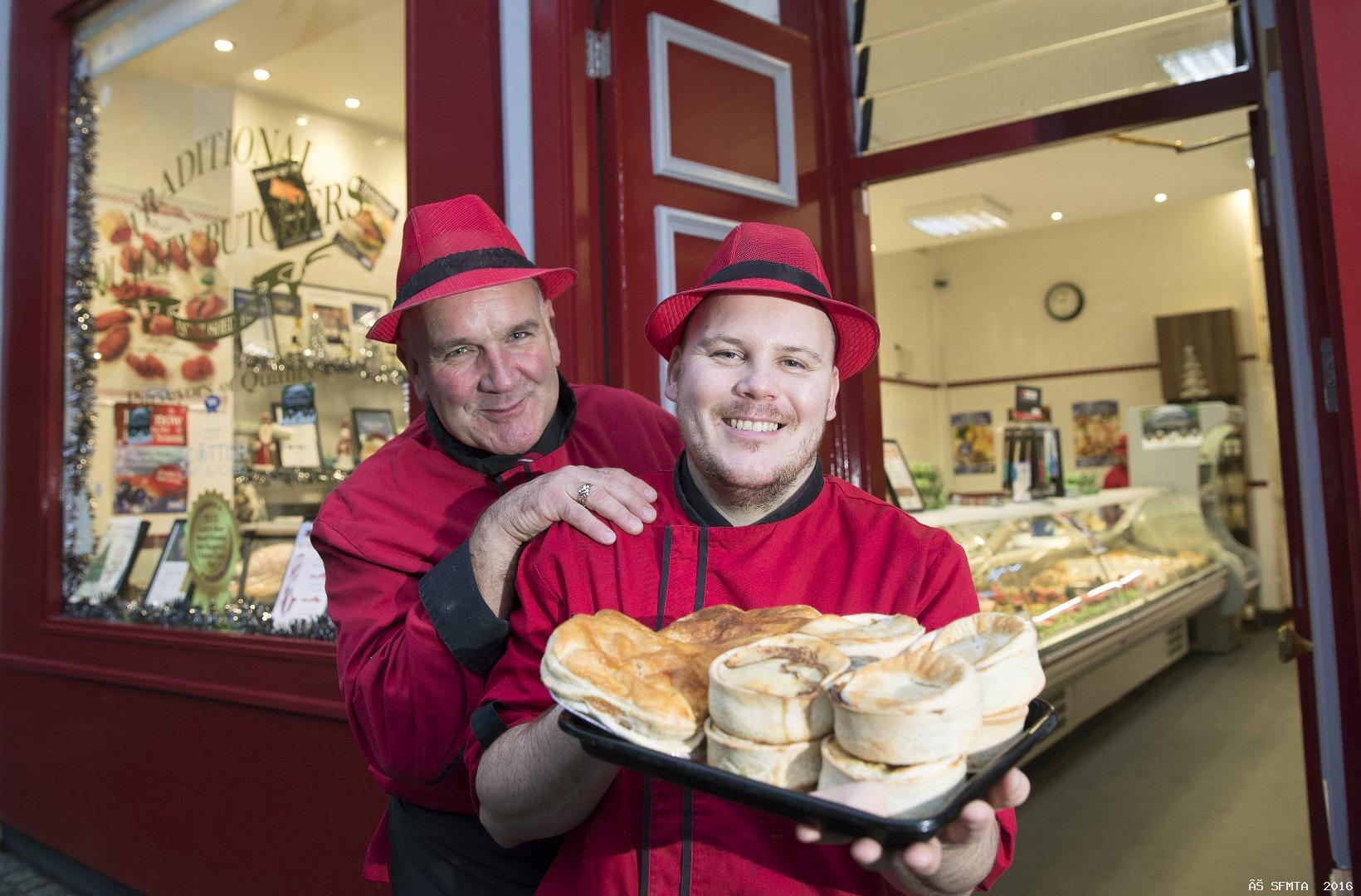