And the High Street family butchers, which celebrated it’s 100th anniversary this year, also secured a Gold Award for their Scotch pies and a Silver Award for their handheld steak pies.

Delighted owners, brothers Ronald and Graham Murdoch said they were delighted to be recognised in this meaty New Year honours list. 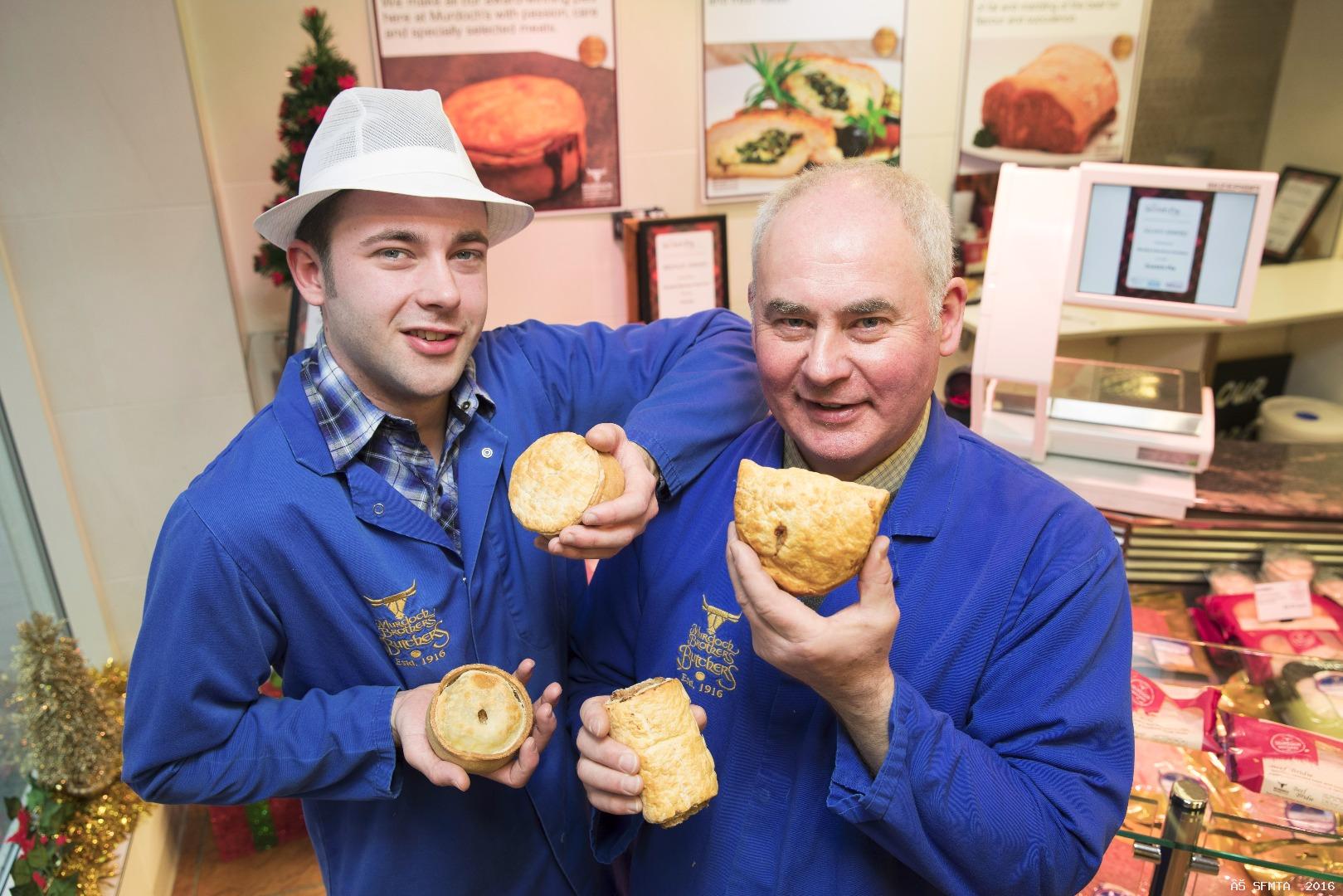 Being judged the best bridies in Scotland will turn the public focus on the family business run by the brothers and Ronald’s son Aiden.

“Our mince and onion bridies are still made to our father’s original recipe,” said Graham, “and everything is produced in our bakery premises behind the shop.”

The business produces up to 20,000 pie and pastry products each week, supplying a vast customer base both inland and all round the Moray Firth coast.

“Hopefully these awards will endorse our quality products among our existing customers and encourage new ones to try out our bridies and other goods.”