East Lothian’s Linton Butchers have been crowned this year’s Scottish Beef Sausage Champions after winning the final judged under the leadership of Wendy Barrie of the Scottish Food Guide.

As South East Scotland champions, Linton’s Beef Sausages were mystery shopper and tested against the champions purchased over the counter in the other four regions of Scotland. These sausages were from Annan, Dingwall, Rothesay and Falkirk and the final took place at Wendy’s test kitchen in Aberdour. 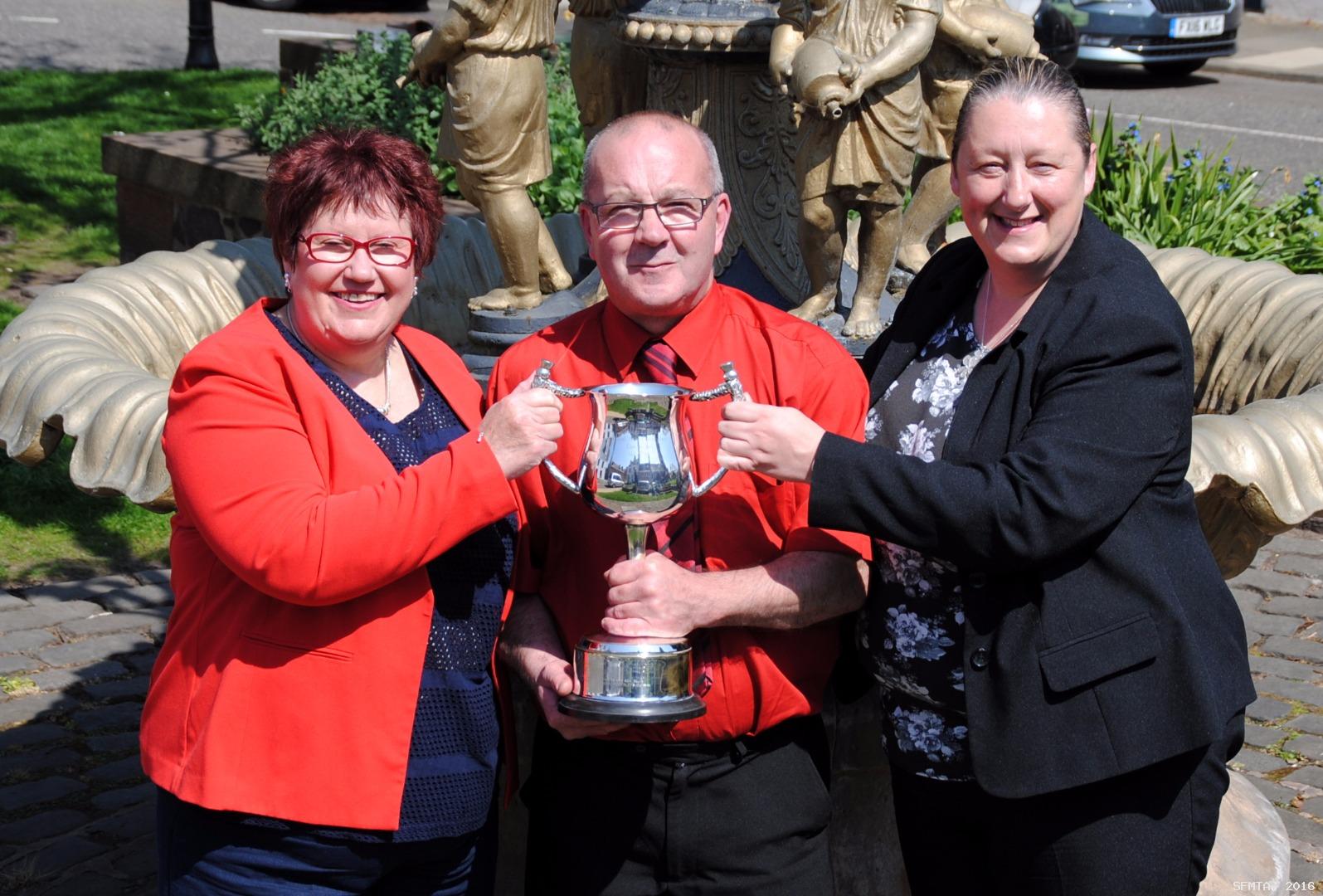 The presentation of the championship trophy took place on Monday 9th May when Judith Johnston from competition sponsors, Lucas Ingredients was in East Linton to do the honours.

John McKirdy of Linton Butchers felt it was just "surreal" to be presented with the Scottish Beef Sausage championship trophy.

"It makes up for all the early mornings, starting at five in the morning, the late nights as well but it is recognition for the hard work you put in."

So were those long hours all spent perfecting the beef sausage recipe?

"Yes and no. To make good beef sausages I buy live cattle at St Boswells. The farm I buy most of my cattle from is just a mile up the road; Alastair Aitken at Traprain Farm - he shops with me and we always have a joke about it being a good heifer. If you buy quality beef you will make a quality product." 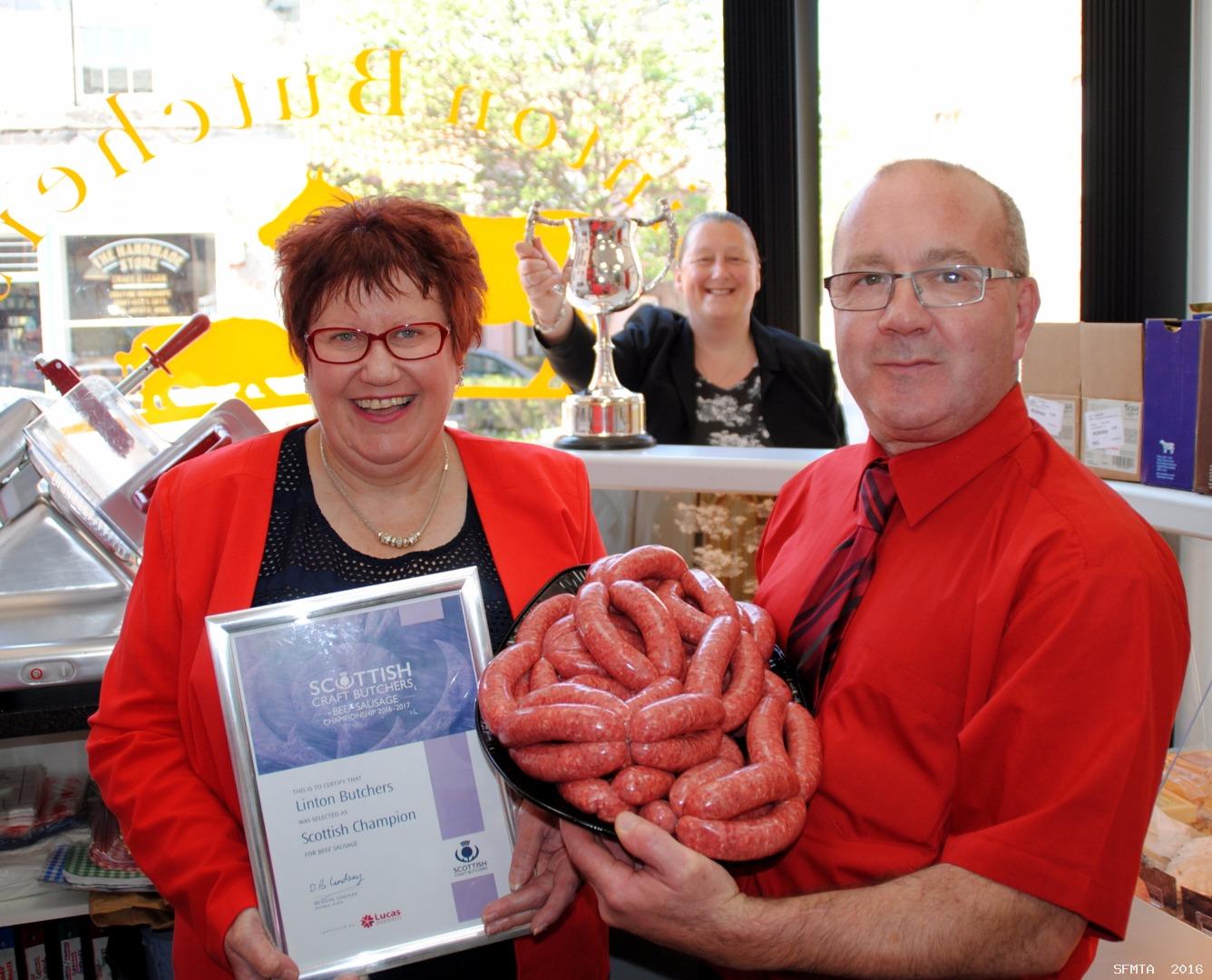 John was naturally unwilling to reveal the seasonings that clearly make a difference too:-

"That would be telling! I do put the seasoning on the meat dry, it helps with both the colour and flavour. Mince once, leave for five or ten minutes and mince and that's all I am willing to say!"

The customers in East Linton were rightly proud when Linton Butchers won the South East of Scotland title but now the village butchers can expect to attract customers from much further away. John was particularly pleased with the win for his father's sake.

"My father is over the moon about the win, he is not feeling too well at the moment but this is the best medicine in the world is a bit of good news." 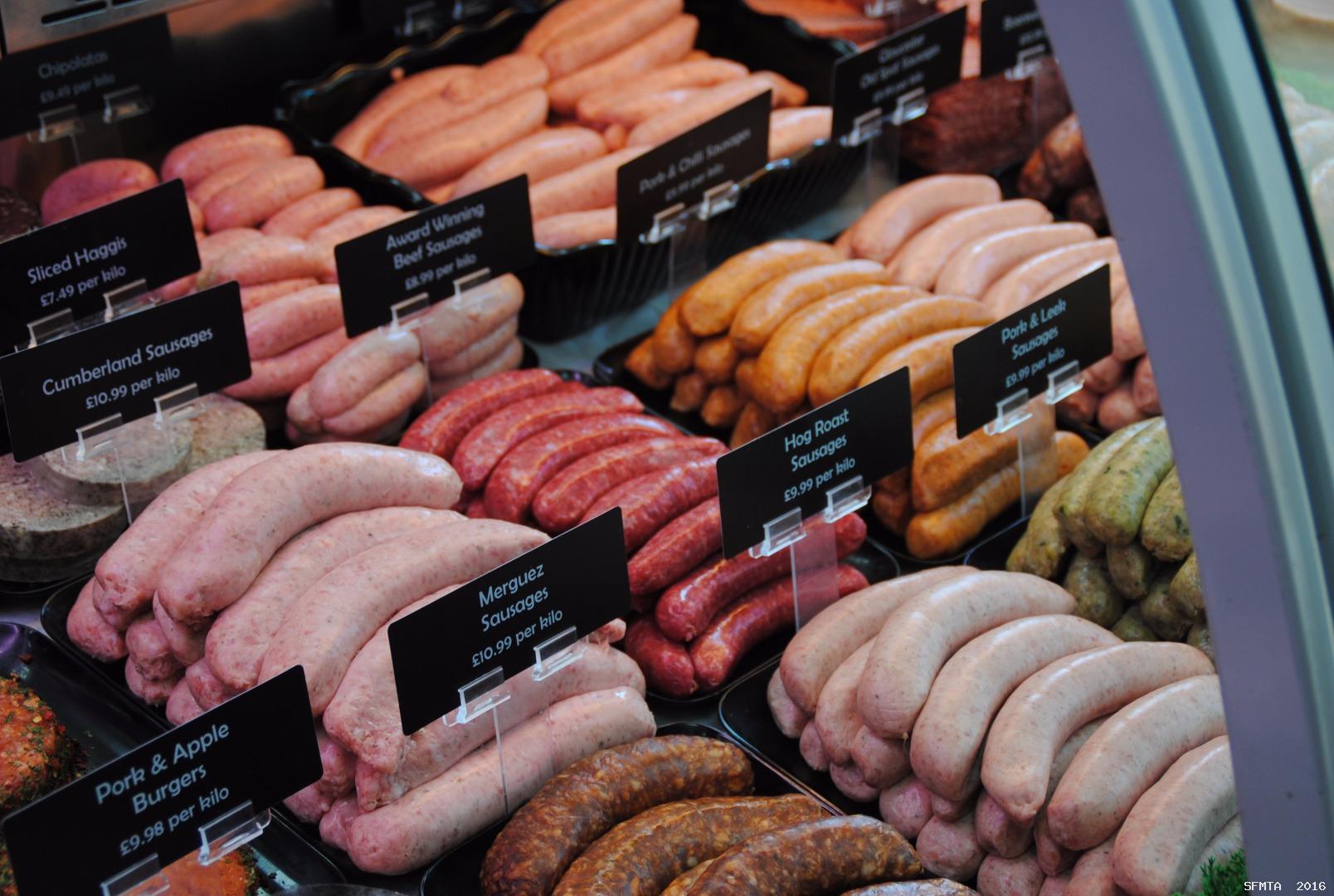 “I thought all the finalists were excellent and would not have been disappointed with any on the plate but one did stand out for me and it is a lovely sturdy sausage that looked fantastic, lovely texture and really good quality taste. I really enjoyed it, a clear winner but everyone worthy of being a finalist.

“It had a good balance of flavour that did not overwhelm the good beef. There was no shrinkage and it was a very smartly presented sausage with a taste to match.” 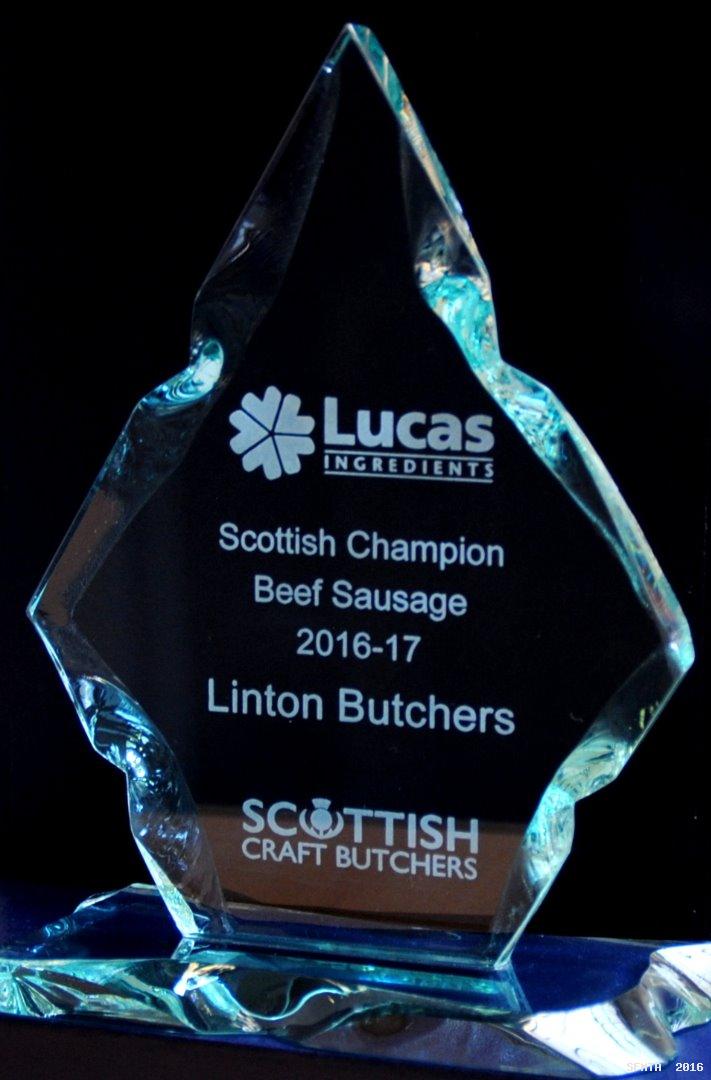