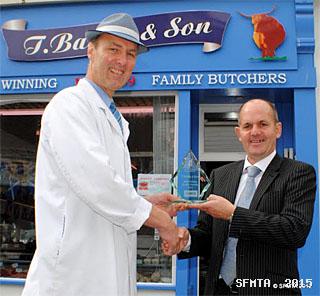 Jubilee bunting was replaced overnight by saltires to proclaim a famous win and another chieftain o’ the puddin’ race. Harry Simpson from Dalziel Ltd presented the Dockhead Street butcher with his trophy.

James Baillie was delighted to hear of the success. He said “I was chuffed to bits to win the regional title but to come out as overall winner is just fantastic.”

Not surprisingly James would not divulge what made his product stand out from all the rest merely stating:-
“Our recipe has been perfected over the years to meet our customers’ tastes. We try and spice it up but don’t overdo it. We hope that more will savour what is now officially the best.” 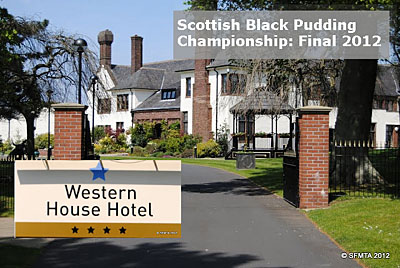 This competition organised by the Scottish Federation of Meat Traders attracted almost 100 entries. It was judged regionally in May of this year with the Regional winner from each of the five heats both going through to the Scottish Final that was judged at the Western House Hotel, Ayr.

In the final the North of Scotland was represented by Forbes Raeburn & Sons from Huntly, the East by Stuarts of Buckhaven, West by Mearns T McCaskie in Wemyss Bay, South East by Shaws Fine Meats, Lauder and the South West by T Baiilie & Son.

The five finalists were then visited on Wednesday 23rd May when their products were purchased by mystery shoppers and then taken to the Western House Hotel, Ayr.

The finalists were put under extreme scrutiny by the panel of judges who ruled out fifth, fourth and third choices before demanding a cook off to decide between the top two. 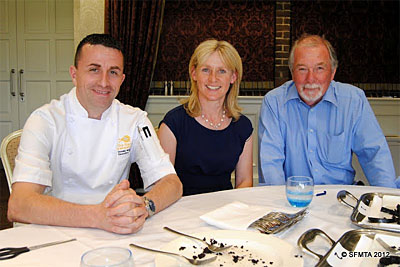 Unknown to them they were examining a previous winner and a newcomer to success with Black Pudding.

The verdict went to the Saltcoats version made by T Baillie & Son leaving the twice previous winner, Mearns T McCaskie in runners up position.

Donald described the winning product as “fantastic” adding “it would hold together well to serve for breakfast. It had a nice colour, cooked well and presented nicely. Most importantly this black pudding was really enjoyable.” 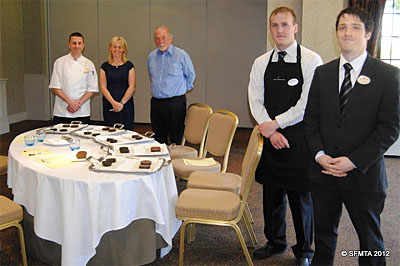 “Black Pudding creates a vast amount of interest” said Harry Simpson of contest sponsors Dalziel Ltd “and I would anticipate lots of potential visitors will be considering when they can fit in a trip to Saltcoats. This competition is hotly contested and James Baillie should be very proud to have come out on top. He can take great pride from his achievement, good meat products are a sign of a good butcher.” ”