Quality and innovation was very much in evidence in Edinburgh when 15 teams, representing around 50 individual butchers from as far afield as the Midlands and the South of England, vied for individual product and team championships.

This is the sixth annual staging of the championships – first held in 2002 - with each of the Guild’s.seven regions taking it in turn to organise the event. 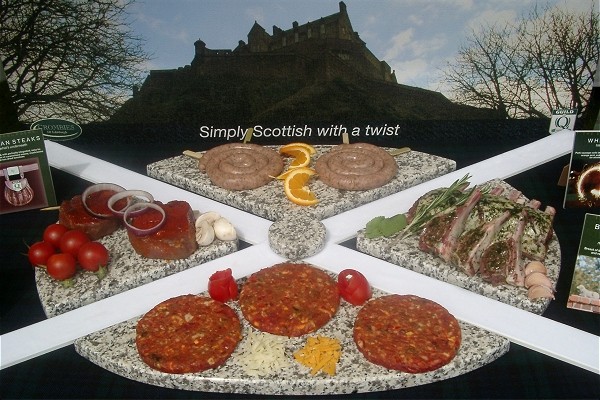 Above: the barbecue products from Crombies of Edinburgh.

A panel of judges headed by television presenter and food writer Clarissa Dickson-Wright assessed the products, both in the raw state for presentation purposes and as they sizzle on the barbecue. Other judges include former BBC Masterchef Sue Lawrence, retired Q butcher Charles McHardy, Stefan Wright, Executive Sous Chef at the Edinburgh Marriott and Laurent Vernet, Head of Marketing, Quality Meat Scotland representing The Scotch Butchers Club.

There were six categories of product - beef, lamb, pork, chicken, sausage and burger. The Q barbecue championships, again produced some innovative ideas which will be shared among Guild members and go on sale in Q shops throughout Britain – literally from Shetland to Cornwall.

Sandy Crombie of Crombies of Edinburgh, Chairman of the Guild’s Scottish Region, is the man in charge:

“We had almost 100 products forward for judging. The flair and imagination of our members ensured some real sizzlers - barbecue products with a difference!” 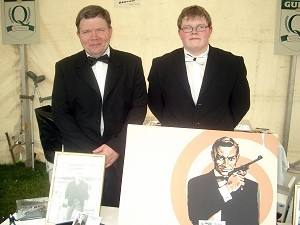 Jim Patrick from Patricks of Camelon with son, Jim - "Shaken not Stirred" 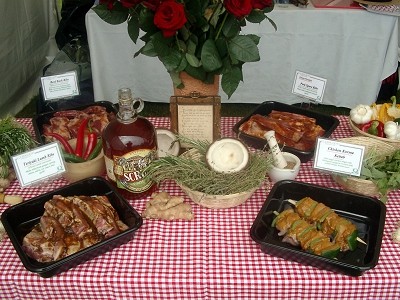 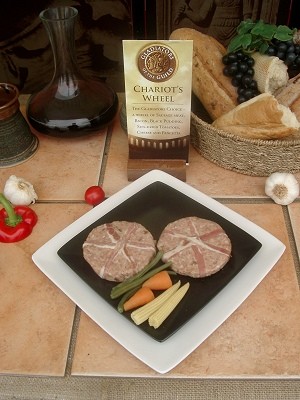 Allan Bennett of the Midlands team, Gladiators of the Guild 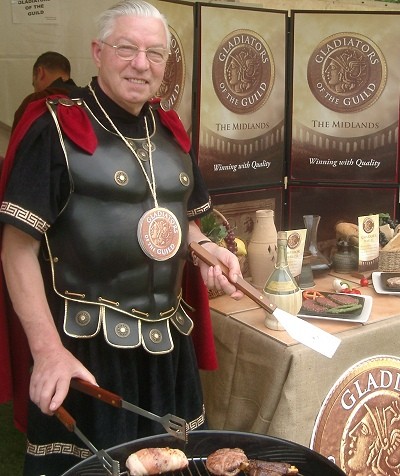